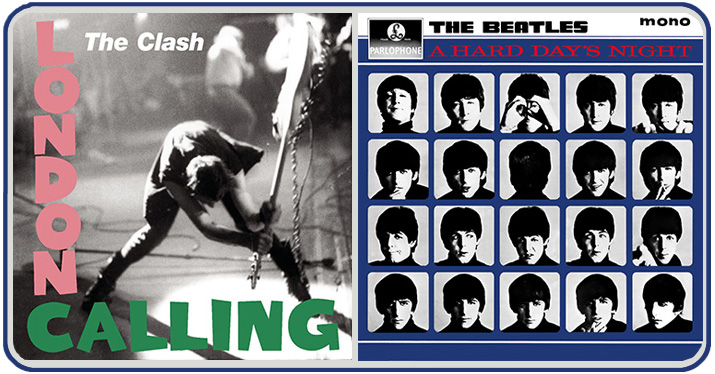 Ever sit down to learn a song and find that no matter what chord you play, it’s just not right? We investigate two mystery chords in two classic songs.

Harmonically speaking, pop music is pretty simple. Most songs feature major, minor, and seventh chords, and not much else. Sometimes, as we’ve seen in our articles on ninth chords and eleventh chords, we get something a little more complicated, but, for the most part, figuring out what chords are being played isn’t too difficult.

Every once in a while, though, you come across a mystery chord. Sometimes, owing to various factors, including artists using odd tunings, chord voicings, studio gear, and/or unique arrangements, sounds are created that are hard to identify. I’m going to try to set the record straight on two infamous mystery chords in popular music.

The mystery chord in “A Hard Day’s Night”

The opening chord to this song is easily the most famous musical mystery of the 20th century. Books have been written about this one chord, and despite a fairly popular video supposedly detailing what the chord is, people are still arguing about it.

Why is it so hard to identify the chord?

There are several factors at work: the arrangement, the equipment, the tuning, the room, and, perhaps most importantly, the overtones.

There are five instruments playing that chord: a 12-string electric guitar (George), an acoustic guitar (John), a bass (Paul), a piano (George Martin), and a snare and crash cymbal (Ringo). This arrangement is key to the sound, especially the 12-string guitar and the piano. The 12-string is important because, due to the way 12-strings are tuned, George is playing an A and a G that are a major second apart (a G4 and A4, to be exact). This is not something that can be reproduced on a 6-string guitar, and this gives the chord its chiming quality. The piano is important for filling out the bottom notes in the chord, but also for adding overtones; i.e. we can hear notes that the band isn’t actually playing.

Another aspect that helps to create this specific sound on this recording is that Paul’s bass is very slightly sharp (by about 30 cents). It’s not something that is noticeable, but it registers on a subconscious level, much the way overtones do. (If you look at a Fourier Transform of the sound, you can see Paul’s note is slightly north of standard tuning.)

According to Randy Bachman (of the Guess Who and Bachman-Turner Overdrive) who — thanks to an invite from Giles Martin — got to listen to each instrument on Pro Tools, this is the chord:

Here is Bachman talking about it, and you can hear his band play the chord.

Well, not so fast. I mean, it’s close enough, and it’s pretty close to how the Beatles played it live, but it’s not quite the recording. For one thing, he completely leaves out George Martin’s piano. For another, there is a ton of evidence that George is actually playing an Fadd9 chord (as he himself claimed) and that John is playing the same chord as George, as we can see in this live clip:

So the real chord is this:

For what it’s worth, what this chord is actually called has been debated almost as much as what notes were played. But given that the notes are, in ascending order: D-F-A-C-G, what we have is a Dm7add11, or, as this chord is a beautiful example of how slash chords make it easy to play 11th chords, an Fadd9/D.

Until a couple of days ago, I hadn’t even known there was a mystery around this song. It had been years since I heard it, but when it came on, I was immediately struck by the oddness of the second chord in the intro. I couldn’t identify it by ear, and I suddenly remembered that I had tried (unsuccessfully) to figure it out way back in my college days. But that had been before the Internet (I’m old), and so I was eager to jump online and see what that chord was. The results I found were deeply unsatisfying.

Most tab sites cite that opening progression as Em F G, which is clearly not right. (I mean, it’s fine if you’re alone in your room and you just wanna sing “London Calling,” but F is not the right chord.) After doing a little more research, I realized that people have been arguing over this chord for years. It’s a C chord; no, it’s an Em but the bass plays a C; no, it’s an Fsus2 chord.

Well, what is it?

Here’s the song. It’s worth listening to the entire intro as that second chord seems to change over time.

Why is it so hard to identify?

The second chord in “London Calling” has a lot in common with the opening chord in “A Hard Day’s Night.” For one thing, it’s a slash chord. Bassist Paul Simonon plays a C, which is not the root of whatever chord the guitarists are playing. (Both songs feature a bassist named Paul. Coincidence?)

With “A Hard Day’s Night,” the overtones are integral to the sound (and confusion). On “London Calling,” I guess we’ll call them artifacts or recording anomalies that can be heard in the upper registers. These certainly add to the atmosphere of the song, but they also create more confusion. Lastly, the guitars are actually placed pretty far down in the mix — the drums and bass are much louder, making it even harder to hear what’s going on.

Unlike with “A Hard Day’s Night,” it seems that the two guitarists, Joe Strummer and Mick Jones, are playing different chords. I’ve scanned several live versions, which seem to confirm this, though the camera always cuts away just as you think you’re about to get a clear image of the chord. A third factor is that, on the recording, a third guitar seems to come in around the 14-second mark, pounding out a G note, further confusing matters.

Here are just the guitars. Jones’ guitar is much higher in the mix.

The intro is still hard to make out, but it sounds like Jones is just playing an Em chord throughout — this is much easier to hear during the verse (starting at 0:22) — while Strummer changes to Fsus2. Here is a nice live recording, where you can you can absolutely see Strummer switch to F, though it appears as though Jones does switch chords from a standard Em barre chord on the 7th fret to what seems like a C major (tab from low to high: x-10-9-7-8-7). As I mentioned, It’s hard to tell. (Why don’t cameramen ever zoom in on the fretboards?)

At any rate, on the recording, here is the second chord of “London Calling”:

What is this chord called?

Given that our notes are C-E-F-G-B, I would say this is just your regular, run-of-the-mill Cmaj7add4. Classic punk chord.

One thought on “Mystery chords: “A Hard Day’s Night” and “London Calling””