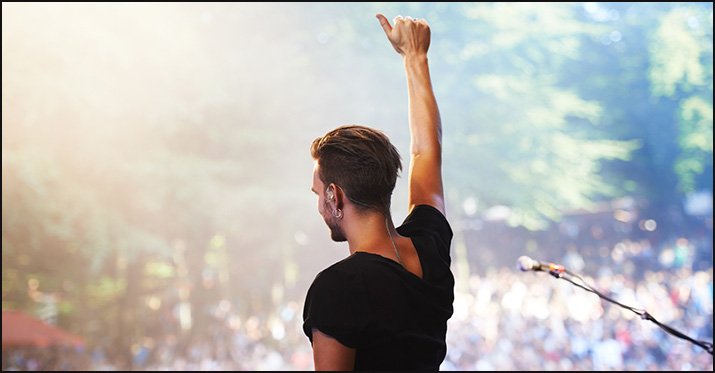 There are two million songs released every month. But those artists, those songs, are not your competition. Your success is driven by your commitment and patience. And your great music.

I want to grab a moment and share a quick thought about how much music is being released nowadays and how you, as an independent music artist, can compete in the marketplace. I read an article that indie distributor Distrokid announced they were distributing one million new songs per month into the streaming marketplace: Apple, Spotify, Amazon, etc.

That’s a stunning number. It’s nearly 35,000 songs a day. If you add in all the other distributors — CD Baby, Tunecore, Ditto Music, ONErpm, Empire, Stem, and the local and regional players around the world — the number of new tracks that get distributed each month easily surpasses two million. And we haven’t even talked about label releases.

How will your music ever get noticed?

It feels like a pretty daunting task, doesn’t it? Well, I have bad news and I have some good news.

The bad news is, if you just release your music digitally and put out a social media post or two about it, your music will not get noticed by anyone except maybe a few close friends.

The good news is, if you do your main job as an artist, success can be yours. What job is that? Creating demand for your music. If you do that, it doesn’t matter that there are two million new titles released each month. Two million is a lot of titles, but if it were one million or half a million or even 100,000 new songs, your music would still get lost in the noise.

The way to get your music noticed is not by just throwing it into the ocean of new tracks on Spotify and Apple Music — though you need to be there so people can find you and discover you. The way to gain popularity for your music is by doing the grassroots work of creating demand for your music.

How do you create demand for your music?

In the early stages of your music career, creating demand is done very much locally by adding a fan or a couple of fans at a time. If you’re prepared to do that, the old fundamentals work like they always did.

Don’t get thrown off or get discouraged by the big numbers of releases hitting the market today. Those artists, those songs, are not your competition. Your main competition is you. Your success is driven by your commitment and patience. Your commitment to creating great music and doing the marketing, promotion, and fan-building work and your patience to stick with it until your fan base is big enough to sustain you.

If your commitment falters or your patience runs out, you most likely won’t hit your goals. But if you keep grinding, and if you don’t give up, your goals are within reach.

Related Posts
What you need to get great music PR: Interview with Ariel Hyatt
My overnight success was 15 years in the making
How to record, release, and promote an album in 90 days
Promoting your music on social media: It’s all about you
Want music success? You’ve got to love the grind.

3 thoughts on “Your #1 job as a music artist? Create demand for your music.”