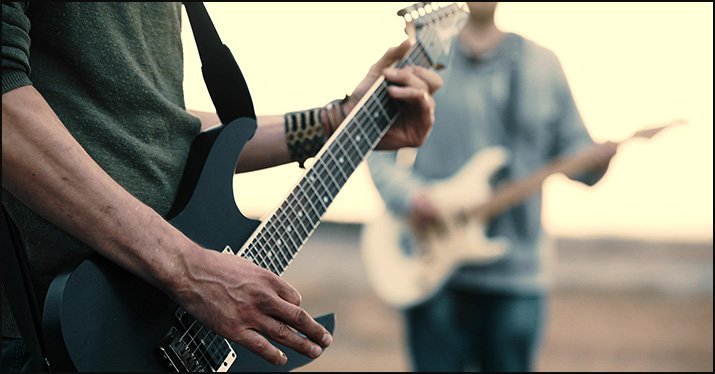 Musician, author, educator, and music industry consultant Bobby Borg talks about the things you want to learn about someone when you’re looking for new band members.

Adapted from the video, “How to Choose the Right Band Members: 11 Questions.”

You found some musicians to work with for your new musical project. They make the cut with their musical chops, look the part, and seem to share in your vision, but how do you know these folks aren’t going to end up wasting your time or subverting your project?

This is where a band personality analysis can come in handy. If there’s one thing I know a lot about, it’s about being in bands. I’ve been in some very successful groups and some total disasters, as well. A band personality questionnaire is essentially a list of questions you would ask potential candidates before you spend any more time and money trying to build your career with them.

Of course, a band personality analysis will not guarantee that everything is going to go smoothly and you’ll hit the big-time, but it allows you to lay your cards on the table and let other people know about how serious you are. It also gives them the opportunity to be honest and ensure they want to make this commitment.

At the end of the day, if things don’t go right, at least you know that you did everything you could to mitigate the risk. So what does a band personality questionnaire include? Here are 13 questions you might ask.

1. Tenacity: Are you willing to make a three-year commitment?

Tenacity deals with a band member’s ability to go the long-haul. Let’s face it, many musicians are completely delusional about success and think they’re going to be driving Lamborghinis and living in big mansions within a year. When that doesn’t happen, they’re ready to bail on you and go join another group or go back to school and become an accountant. You want to know that the person you’re about to do business with can give this at least three years of their life — through thick and thin — because that is often what it takes to make it.

2. Priorities: Are you willing to put this project first?

Setting priorities addresses the level of importance a band member gives to rehearsals over their personal social schedule. I can’t tell you the number of times I’ve been in rehearsals where band members are looking at their watches and I’m thinking, “Where the hell do you have to go?” and it turns out to be some stupid party. Networking and hanging out are important to building your music career, but you want to know that the person you’re about to do business with for the next few years treats music like their life depends on it. In this business, that’s what it takes to be successful.

3. Commitment to improvement: Can you take (and apply) constructive criticism?

Continual improvement deals with an individual’s ability to take criticism constructively and not let their egos get in the way. Linkin Park’s manager once told me a story about how, after every night on tour, the band would get on the bus and watch videotapes of the performance to learn how they could improve for the next night. If the drummer was counting off songs too fast, he would slow down the next night. If the lead singer was talking too much in between songs, he would talk less the next night. If I’m going to get involved in a band, I want to know that my band members are going to take criticism constructively and we’re going to keep on growing every day.

4. Image: Will you support the band’s public-facing identity?

Image deals with presenting a clear, consistent, and authentic identity to your audience. If you have a boy pop band where three of the members are all glammed out and one member is in shorts, sandals, and a Hawaiian shirt, that just sends mixed messages and is confusing. You want to know that the band member you’re about to do business with understands branding and they’re willing to do whatever it takes to communicate a consistent, unified identity. Your band is a brand, and consistency is key.

5. Social behavior: Do you drink and smoke?

Whether a potential band member smokes, drinks, or does any drugs is something you want to know.

6. Addiction: Are you an addict?

Unlike the point above, where you want to know if a band member smokes, drinks, or partakes in recreational drugs — this is far more serious. I’ve literally been in bands where my lead singer has died. I’ve had friends in famous bands where band members have died and I’ve had clients and students whose bands have broken up because of addiction. I’m all about helping your friends get help and standing by someone’s side when they’re struggling, but I would recommend that you do not enter into any long-term venture with somebody who is exhibiting signs and problems of addiction at the get-go.

7. Contribution: Are you willing to contribute additional time and skills to this project?

This point addresses a person’s willingness and ability to contribute equally in the expenses, marketing, promotion, and even in the songwriting of the band. If you have one band member who is doing everything, especially when the other members are getting an equal share of royalties and payment, there is going to be resentment down the road. You want to know that someone joining your group is able and willing to invest and contribute equally. If not, then maybe it shouldn’t be an equal partnership (and that should be spelled out in detail from the start).

8. Flexibility: Can you take off for weeks at a time? 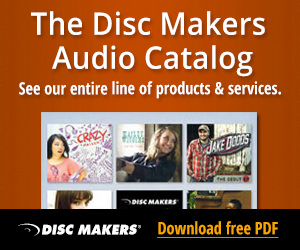 The question of flexibility deals with a band member’s willingness to stay agile and not be bound by a lot of domestic responsibilities. Sure, it’s cool to have that new Harley with the lease payment or have that great apartment on the beach with the high rent, but if that’s going to prevent you from being able to drop everything on a moment’s notice to go out on the road for two or three weeks for low-to-no pay in order to advance your career, that can be a problem. You want people who are willing to sacrifice some of these amenities for flexibility in the pursuit of advancing your music career.

9. Ruggedness: Can you deal with adversity?

My friends in a band called Klepto were on their way to Las Vegas to play a show when the van literally flipped into the desert. These guys were upside down and the first thing they’re doing is calling a nearby city to see whether or not they can get a U-Haul so they could make the gig on time. Now that is ballsy, and it’s often what it takes to succeed in this business.

10. Location: Are you willing to move (or stay put) if necessary?

11. Relationships: Can you check your relationship drama at the door?

12. Commitment: Does this band come first among your musical priorities?

While we’re on the topic of relationships and exclusivity, I personally don’t want to be in a relationship with a woman who’s dating six other people, and I don’t want to be in a band with a bass player who’s in six other bands. I knew someone here in LA who was waiting for three months for their bass player to come off the road with another group he was working with so they could get into the studio. It’s hard, musicians need to scrape to get by sometimes, but make sure you’re not getting involved with someone who is overcommitted.

Is this person really interested in being in a band or are they just plotting to eventually take over the group or use this to get somewhere else? Are they eventually plotting to get experience and then pick up and leave to pursue a solo career? If that’s the case, you are destined to fail from the beginning. Make sure this person is really into being in a band, because a band is not an easy thing to be in.

Related Posts
Networking is key to success in the music business
8 tips for holding band meetings that don’t suck
Define your persona, find your voice, and build your artist brand
Want music success? You’ve got to love the grind.
What is your vision for your music career?