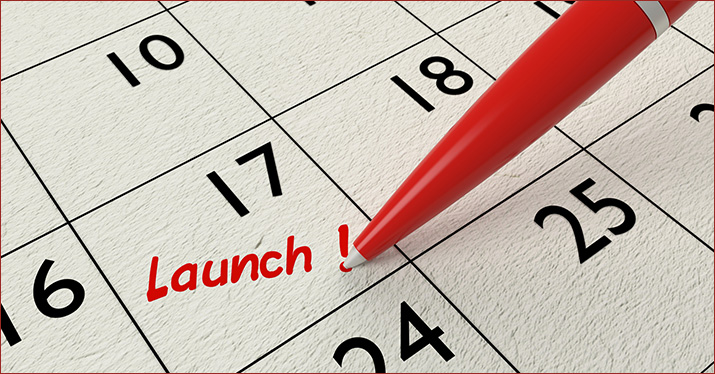 There’s a lot of planning and production that goes into releasing and selling your music. The second post in our series focuses on planning your record release schedule.

Before you release a full album or a new single (or three), take the time to look into the future, ask yourself important questions, and make a plan to give your release the best opportunity to be heard by the most people. By targeting current fans and new listeners, you can grow your fan base and grow as an artist.

In part two of our four-part series, Carter Fox — Disc Makers’ social media marketing manager, touring bassist, and solo artist who recently hit the 1.5 million stream milestone for his single, “Eclipse” — discusses how to make the most of your new release by applying a three-phased music promotion methodology, which includes a planning phase, preparation phase, and promotion phase.

How to promote a release: The record release schedule

As outlined in “How to promote a release and sell your music, Part 1,” the planning phase of your release encompasses the time after you’ve completed the final mixes of your music, registered them with your respective performing rights organization, and copyrighted your work. After you’ve finished your music and finalized your creative assets, the time has come to plan your record release schedule.

There are different approaches you can take when planning a release — depending on whether you’re releasing a few singles, releasing an EP with one single, or a full album with multiple singles — but, the following plan is designed to help grow your career through your release of new music.

Failing to plan is planning to fail

Once you’ve determined the order in which you plan to release your singles, find a date three to twelve months in the future as the end of your release cycle. Plan enough time to tell your story, using the music and visuals from your singles as parts of the larger whole. Common music industry practice is to release new music on a Friday, as it maximizes chart potential for that release, but there is no hard and fast rule about having to release music that day.

Be conscious of events that may be occurring on any given day or around the same time to forecast possible occurrences that may help or hinder your release, such as holidays, political elections, historical events, releases from other musical artists, and your own shows and promotional efforts.

For example, my upcoming EP release, The Astronomical Mixtape will have singles released the same day as eclipses and other astronomical events to build buzz and provide interesting stories and timing for the releases. I suggest creating a Google document, Excel doc, or calendar where you can see the weeks and months as you fill out your schedule with information to make sure there are no conflicts, build in plenty of time to execute everything, and give yourself the best opportunity to have successful record releases.

As you are planning, it is very important to build in time for items that have to be manufactured (merch, CDs, vinyl) or music and videos that have to be distributed so that a delay in executing those assets does not delay your overall plan. Digital distributors can take three to four weeks to approve and submit your release to streaming platforms before it appears in your “Upcoming Releases” section, and music videos take six weeks for approval and upload to VEVO’s video platform. And having physical product manufactured can take anywhere from five business days (if you use Disc Makers’ rush or priority production times for CDs) to eight months to nearly a year if you’re looking to manufacture vinyl (demand is way ahead of industry capacity at the moment).

Note: If you’re producing physical products as part of your release strategy, it’s always best practice to have them in hand before booking a release show or scheduling the release so that you are not waiting on your order or rushing production to try to meet a show deadline.

Additionally, if you will be updating your website (or building a new one), producing merchandise (hoodies, t-shirts, etc.), or working with outside resources for booking shows, you’ll want to make sure this is coordinated so that your updates are timely, merchandise is available, and tour dates are booked for when your new release happens. Ensure communication of the dates to all parties and plan in necessary time for coordinating, organizing, and handling these endeavors.

The more your release schedule is planned out ahead of time, the more organized you can be with booking record release shows, tours, special events, etc. and having all your physical products in stock. It’s easy to get swept up by the excitement of wanting to share your latest music, but to have the most successful release possible, take your foot off the gas and give yourself proper time for all these little pieces to fall into place as they are important to your overall success.

Give yourself six to eight weeks per single release

Having selected the release date for your first single, you can look approximately six to eight weeks later on the calendar when determining an optimal release date for your next single. This allows time for promoting your new music and submitting to playlists, blogs, magazines, and other press outlets, as well as communication with your fans through email newsletters, social posts, and performances. This also provides ample time to adjust your strategy based on what occurred during your release and promotion.

In your calendar/document, note when you need final artwork and additional assets, when you plan to submit things for distribution or manufacturing, and when you plan to have promotional events such as concerts, appearances, live streams, etc., to stay organized and on top of everything that needs to be done.

This strategic pattern allows your release make the most of its potential while providing time for you to observe and learn from the results. You may find more success releasing multiple singles than just one single and then an EP, so you may decide to release your next album over 12 or 18 months to take advantage of that. Or you may learn your audience prefers to buy your CD from your website rather than stream it online, so you can direct more promotional efforts to that call to action. You can also perfect your social media strategy to build excitement for your release now that you have an idea of when things will be happening and need to be announced or updated and how your past efforts have worked best.

When it comes to a plan, never be afraid to test and make changes from things you learn. As you release music, make it your goal that each subsequent release does better than the last — that’s how you grow as an artist. Not every release will do so — and sometimes the tracks that perform best will surprise you — but when you come in with a plan, execute it, and improve on it as you go along, you know you’ve done everything you could to make the most of your record releases.

Now that you have finalized your masters, assembled your creative assets, and have created a release schedule to guide your efforts, it’s time to shift from the “Planning Phase” to the “Preparation Phase,” where you will order merchandise and products and set up distribution.

Carter Fox is a bassist, entrepreneur, and astronomical enthusiast whose spent the past 15 years as a performer, producer, and digital marketing strategist for numerous artists and businesses across the world. In addition to being an accomplished musician, Carter is also the social media marketing manager for Disc Makers. You can find his music on Spotify, Apple Music, Bandcamp, and his official website.

Related Posts
My overnight success was 15 years in the making
5 reasons you need a music artist website
What you need to get great music PR: Interview with Ariel Hyatt
A release strategy to fill your yearly calendar
How to record, release, and promote an album in 90 days