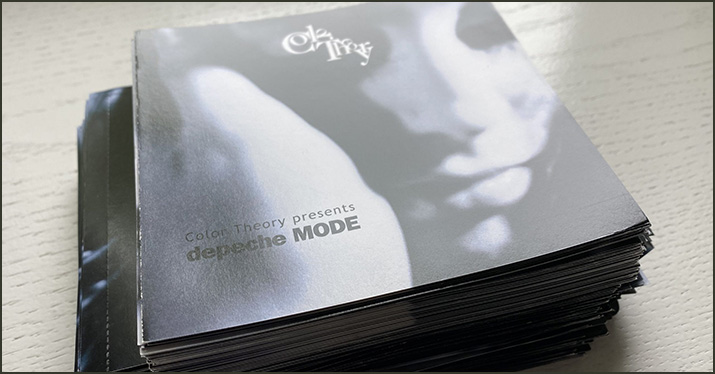 A good offer needs good promotion to achieve its potential. In this post, Brian Hazard gives us some insights into how he made his “Free CD + Shipping & Handling” offer reach new fans and turn a profit.

When I started, I had eight titles available on CD. Now I’m down to five, with fewer than 20 copies of the two I had been offering for free. I’m confident those will sell out on their own, so I shut down the offer a couple of days ago. 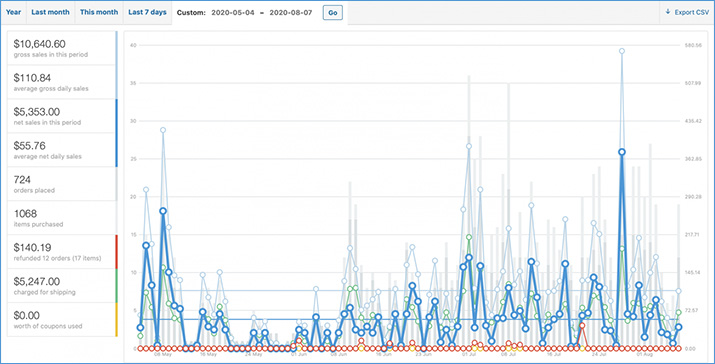 Here’s the breakdown by product and how much revenue each of those products generated. 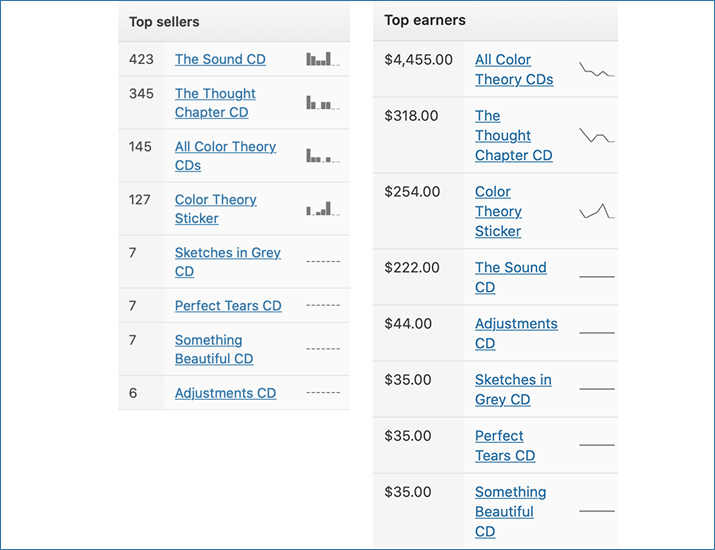 As you can see, the “All Color Theory CDs” bundle is the big money-maker. It started at $40 for eight CDs and dropped $5 as each title sold out, ending at $25 for five CDs. 113 of those 145 bundle sales were up-sells. The rest will take a little explaining.

I promised to break down how I promoted the offer if you asked, and plenty of you did! Most of the interest revolves around how I set up my Facebook ads, so in the spirit of good storytelling, I’ll save that for last.

YouTube was a bit more extensive. I updated the descriptions of my most popular videos, posted comments with the call-to-action, and pinned them. I also posted on my community tab.

Finally, I tweaked one of my ads (in retrospect, one of the worst) slightly and published it as regular content, which generated a couple dozen sales. I made it the featured video on my channel, for both new visitors and returning subscribers.

Another big traffic source was Spotify. I mentioned the offer in my About section, but I doubt many people saw it. These two placements, on the other hand, were highly visible:

Last, but far from least, I laid out the offer to my email subscribers. Email was the single biggest driver of sales behind Facebook ads.

To make the bundle enticing to existing fans, many of whom already owned the free CD, I put together another offer.

Going through the boxes of CDs in my garage, I stumbled upon the print overage for my Depeche Mode tribute, which sold out over a decade ago. Hidden within the pile of booklets were three pressed CDs! The album was originally released in the now obsolete Super Jewel Box. I managed to track down a few on eBay to create three good-as-new copies.

The “Complete Your Collection” offer was for the six (at the time) remaining CDs, a bumper sticker, and a chance to win a copy of the tribute. The initial announcement generated a good number of sales, but there was a sticking point: many potential buyers already had the free CD, and didn’t want to pay for another copy.

I recently switched email services from FanBridge and Mailchimp to Drip (note: that’s an affiliate link, which means if you become a paying customer after your 14-day trial, I may receive a small commission). Drip integrates directly with WooCommerce and makes it trivially easy to segment my audiences by purchase history. I created three new offers tailored to:

Those offers excluded redundant CDs, and knocked off $5 for each exclusion. They generated over $500 in sales from email alone. 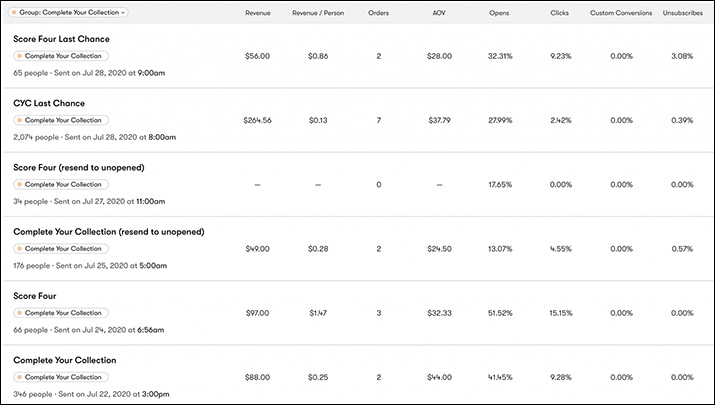 On to the main event: Facebook ads! My conversions campaign included 23 ad sets, 14 of which generated sales. Most of the ad sets were limited to the US, because shipping outside of the US and Canada is ridiculously expensive. Worse, European buyers are often hit with custom fees, which sours them to the whole transaction.

In my post on playlist promotion, I rejoiced that I would never need to use interest-based targeting again because I could fall back on my lookalike audience of video viewers.

The ad set that generated the most sales was interest-based and incredibly narrow.

Note that “Detailed Targeting Expansion” (DTE) is enabled, which allows Facebook to search for buyers beyond the strict confines of my targeting. The “Bands Cold US ad set” is similar but less restrictive, without DTE.

Cold audiences were responsible for 83% of sales. Not that warm audiences (the GLW ad sets) weren’t worth including! They still delivered a low cost per result and generated the highest return on ad spend.

I didn’t introduce the best performing ad set until near the end of the campaign. I created a custom audience of bundle buyers and generated a look-alike audience from it. Whenever someone makes a purchase that puts them over $20 lifetime value, Drip automatically adds them to that custom audience.

The targeting couldn’t be more simple. It essentially says, “Facebook, find me more people like this in the US.” By the end of the campaign, I was getting sales for under $2 each.

Overall ROAS (Return on Ad Spend) was 1.64, meaning that for every $1 spent, I generated $1.64 in sales. Facebook counts a free CD sale as $0, and doesn’t factor in shipping, so ROAS consists entirely of order bumps and up-sells.

Turns out, they’re downloaders too! I recently offered a 15 percent discount code on Bandcamp and made $271. A couple of them even became patrons after I started including this custom business card with orders.

The free CD offer introduced me to hundreds of people who like my style of music. It was a ton of work, but it was absolutely worth it. Of course, I already had 2,000 CDs gathering dust in my garage. Even knowing what I know now, I don’t think I’d press CDs just to give them away.

The Complete Your Collection offer lives on as $25 for five CDs, until I sell out of the two previously free ones.

Since posting my first article on the offer, I’ve seen a couple others try it. Have you? What were your results? Anything else you’d like to know about my campaign?

Brian Hazard is a recording artist, with over twenty years of experience promoting eleven Color Theory albums, and head mastering engineer and owner of Resonance Mastering in Huntington Beach, California. His Passive Promotion blog emphasizes “set it and forget it” methods of music promotion.

Related Posts
How to sell 1,000 CDs in ten weeks
Give away your CD (and make money doing it!)
CDs just sound better
Stay focused on your music career during the shutdown
Using niches to grow your fanbase