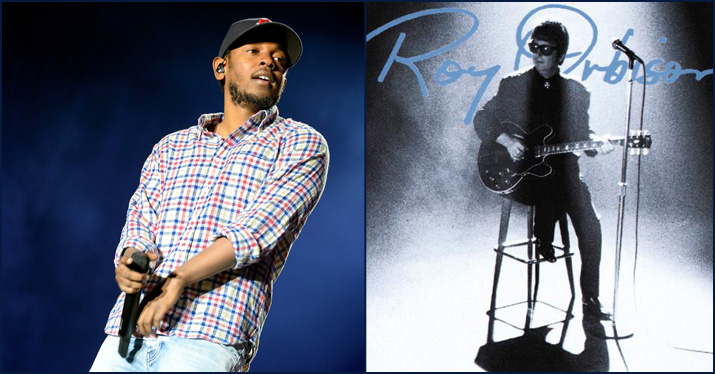 Taking liberties with traditional song structures can be a great way to stand apart from your peers, keep listeners on edge, add a sense of drama, and make a short song seem like an epic.

Song structures in popular music are pretty boring. Have been for over half a century. Ninety percent of most songs go something like this: Verse-Chorus-Verse-Chorus-Bridge-Verse-Chorus, or, if we replace each section with a letter, A-B-A-B-C-A-B. Sometimes an artist will mix it up a little and start with the chorus. Maybe they’ll add an intro and/or an outro. But for popular music in country, rock, hip hop, R&B, jazz… you’re looking at some form of A-B-A-B-C-A-B.

Even artistically adventurous groups like the Beatles, who regularly pushed boundaries with regards to harmony, instrumentation, lyrics, recording techniques, etc., rarely fussed too much with their song structures. Certain alternative genres like prog purposefully toss conventional structure out the window, but those artists are choosing to veer away from commercial music, and many of those artists eventually make their way toward pop music structure. (Prog great Genesis decided in 1981 to write in a more pop-friendly style, and cheekily called their album Abacab. It became a #1 hit in the UK.)

On the one hand, this adherence to conventional structure makes sense. The part of the song artists really want listeners to grab on to is the chorus. The verses set up the chorus and expand on the lyrical and musical themes, and the bridge gives the listener some relief. That’s what people want. In the immortal words of Beach Boys’ singer Mike Love: “Don’t fuck with the formula.”

But messing around with the formula can be a great way to stand apart from your peers. These kinds of songs keep listeners on edge, can add an extra sense of drama, and make even a short song seem like an epic.

There are a few artists who have had hit-making careers with structurally subversive songs. In this post we’ll discuss two of them: Roy Orbison and Kendrick Lamar.

When it comes to writing catchy pop songs with unusual song structures, no other artist can hold a candle to Roy Orbison. It’s not too much of a stretch to say that, once you get past his earliest hits like “Ooby Dooby” and “Claudette.” Once he found his voice, every Orbison song has its own structure. Rather than approach a song from the structure first, Orbison begins with a story or an emotion and creates a structure to support it.

Orbison was frequently asked about his unusual song structures. “Not knowing what was wrong or what was right, I went on my own way… So, the structure sometimes has the chorus at the end of the song, and sometimes there is no chorus, it just goes… But that’s always after the fact – as I’m writing, it all sounds natural and in sequence to me.”

Take “Oh, Pretty Woman” (1964). At first blush this seems to be a straightforward rocker about a man hitting on a woman walking by (every woman’s nightmare). But as poppy as the song is, there’s no chorus, and the song has two distinct bridges: “Pretty woman stop a while…” and “’Cos I need you….” And, in the most dramatic part of the song, we literally hang on a dominant seventh chord and many iterations of the riff for 50 seconds of the song’s 2:57 duration, waiting to hear what the woman’s response will be. The structure of “Oh, Pretty Woman” is something like: A-A-B-C-A-D, but that only partially conveys the song’s weirdness.

Another song where the structure heightens the drama is 1961’s “Running Scared,” a bolero pop tune, with a structure of A-A-A-A-B. No chorus; just four verses and another part, which, thanks to the rhythm change, feels almost like a pre-chorus, as though the song is just getting started. Except that this “pre-chorus” section morphs into a sudden and dramatic finale, ending, literally, on a high note.

Though unusual, “Running Scared” is an easy song to analyze. It’s clear where each verse begins and ends. That’s not the case for a lot of Orbison songs, which can make structural analysis challenging.

B:
But I saw you last night
You held my hand so tight
As you stopped to say hello

C:
Oh you wished me well, you couldn’t tell
That I’d been

E:
Then you said so long,
left me standing all alone
Alone and

G:
It’s hard to understand,
but the touch of your hand,
can start me crying.

Then the song repeats, except that instead of another G section we get a new, climactic H section.

You could argue that sections A through C are all one verse section. But compare the verses of this to song to those of, say, “She’s Not There” by the Zombies or “I Want to Hold Your Hand” by the Beatles, where you have repeating melodies and chords creating a section that feels complete. Here, the drama rises significantly from section A to section B, falling again at the word “stopped” before building up to the chorus.

The chorus is equally weird. The D section feels like a classic chorus. The E section at first feels like it could be part of the chorus, except that when you get to the first “crying” in section F, you’re not expecting him to keep singing, which can leave you wondering where the song is heading. Section G is the weirdest part yet. When he finishes that section on the word crying, you almost expect him to repeat section D.

No matter how you break it down, what’s clear is that the ebb and flow of this song’s structure carries the lyrics and mirrors the emotions of the singer, which is ultimately the point.

Lastly we’ll look at Orbison’s most adventurous hit, “In Dreams.” As winding as “Crying” was, at least it had repeating sections, helping to ground the listener. Not so with “In Dreams,” which has a unique structure of A-B-C-D-E-F-G. The song, which is only 2:48, just evolves from one part to the next, giving the listener no idea what to expect, mirroring, one might say, dream logic.

We write so often about classic artists on this blog that I wanted to discuss a current artist who has done some amazing and bold things in hip hop with regards to structure.

Like with most popular music, hip hop’s song structures tend to be pretty formulaic, following a Verse-Hook-Verse-Hook format. Like with folk music, there’s often no bridge. Sometimes there’s an intro or outro. Some hip hop artists even eschew hooks. So it’s refreshing to see one artist taking things in new directions.

Kendrick Lamar has been pushing structure boundaries at least since 2012’s Good Kid, M.A.A.D City. True to Orbison’s concept of having the structure support the theme of the songs, Lamar’s tracks tend to wander beyond the traditional A-B-A-B-A-B format.

A great example of this is “Swimming Pools (Drank),” which has a structure of A-B-C-A-B-C-A-D-C-A. For a hip hop song, there’s very little rapping, which is represented by the B section. And the second (and last) time we get to the B, Kendrick adopts a character’s voice, nicely mixing thing’s up and helping to dramatize the story.

The A section in this song is the mantra “Po’ up (drank), Head shot (drank)…” and by repeating it over and over again (and bookending the song), that section immerses the listener in the artist’s depressing and suffocating world of endless, vacuous, peer-pressure-filled nightlife. By having two repeating sections (A and the chorus, represented by C) Lamar gives the listener something to latch on to and be able to sing along to, which is often a challenge in hip hop. As one producer put it: listeners don’t love your rapping as much as you do. “Swimming Pools” is great storytelling and its largely thanks to the song’s structure.

The D section of “Swimming Pools” is a great example of throwing a curveball towards the end of the song to keep things interesting. Lamar does this a lot and it gives his music a cinematic feel, which is best exemplified by his latest hit “Loyalty.”

Like with Orbison’s wandering verses and choruses, it can be hard to pin down the different sections of “Loyalty,” especially since the background music is pretty static – only the singing changes. I read the structure as this: A-B-C-D-D-D-E-C-F-F-A-C-G, breaking it down thusly:

[This is the video version, which has an extra section (E)]

Whereas the D section of “Swimming Pools” offered a nice change of pace, it’s not a drastic a change as the “Love’s gonna get you killed” section of “Loyalty.” The first time I heard it, I thought someone had changed the channel on me. It’s a bold move, with few precedents. (The album version cuts this section, which IMO is a mistake.) But the song’s not done with its surprises, for there are still two more new sections to come. By the end of the song we’ve traveled so far, it’s hard to believe the song is under four minutes long.

So, when writing your next song, try taking a page from these two songwriters. Rather than approach your song from the structure first, focus on your story, your theme, your emotion, and see where that takes you.

Images sourced from Shutterstock (editorial use only) or from album cover art.