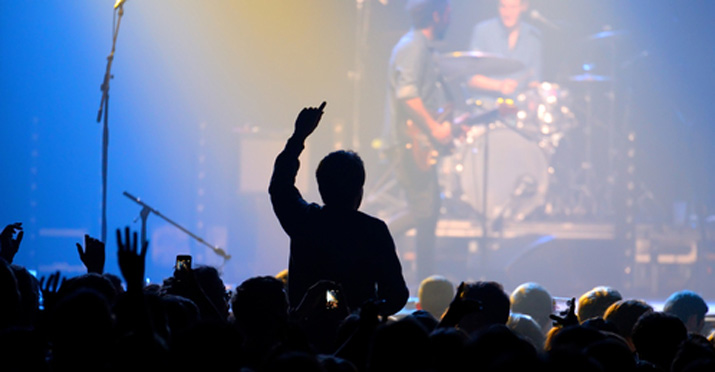 The song intros on your recordings serve a different function than they do in your live show: you’re a mother hen, and it’s time to gather your chicks

There’s something about a great opening scene in a movie. Who could ever forget the opener of Raiders of the Lost Ark? Talk about action packed! Everything from suspense to intrigue to action to thrills with a little comedy thrown in for extra appeal.

It doesn’t need to be wild excitement either. The 3-minute opening to the movie Contact doesn’t have any action, but it pulls you in with complete silence as they show the vastness of the universe.

I’m a James Bond fan. When a film comes out I like to see it in the theater on the big screen. It’s part of the experience. I find the intros in these movies to be totally compelling and captivating. They set you up for the story line that comes after the intro. One time I got to the movie theater 10 minutes late, and the movie had already started. So instead of going in, I waited around until the next showing. I didn’t want to miss the intro!

A good intro, developed and rehearsed well, will set up what is going to happen next. So how are the intros to your songs? Are they so compelling and captivating your audience doesn’t want to leave even for a minute, just in case you start another song?

You see, an introduction is exactly that: an introduction. With most artists and most songs, it’s one of the first parts of a song I need to rearrange. We want to capture and engage the audience.
On radio, an intro needs to be short, sweet, and get to the chorus quickly. Otherwise, people change the station.

But live, it’s completely different. You need to develop the intro — make sure people are with you, that you’re on the same page. I use the analogy of a mother hen gathering her chicks, making sure they are with her and together before she crosses the street, rather than just taking off and hoping they follow.

Your audience is the same as those chicks crossing the street. You need to gather them together before diving headlong into the song. So how do you do that? They need to be “with” you, so the intro needs to be engaging visually as well as musically.

Let’s look at two simple things you can do to make your live song intros more compelling.

1) Repeat and extend. One of the easiest things you can do to fuel anticipation with a song intro is to repeat or extend it. This allows the players onstage who can move around to come to the front of the stage and put “pressure” on the audience. They can use one-on-one and zone communication to start gathering the people up, making sure the audience is with them by the time the verse starts. A number of studies have shown that communication over 50% visual. In other words, your visual cues and actions are more than half of what it takes to effectively communicate with your audience. So if you put pressure on the audience correctly, you are asking them to pay attention to you visually as well as musically.

2) Hang on the “one.” Another concept I use when I rearrange a song for the live show is at the end of the intro. Instead of the artist hurrying back to get to the mic and start the vocal, I have them stay at the front of the stage, with the band or artist lingering on the “one” (the root chord). What this does is multiple things: it draws the audience in because it’s unexpected. It gives the front man authority because it appears he is in control of the song instead of the song being in control of him.

A warning: do not go through the chord progression here, otherwise the chord progression is in charge. If you hang on the “one,” it gives the front man complete control. He can come in any time he wants. Another thing this modification does is to create anticipation for the vocals. By hanging on the “one” and using dynamics, we are drawing people into the vocal line, and they will pay more attention to the words and melody when the verse starts.

In most cases artists play the short intro from their recording for a live audience. They don’t realize the audience isn’t even paying attention to what’s going on in the song — lyrics, music, rhythm — because they’re watching. And when the intro is short, the artist can’t put pressure on the audience, can’t establish anything visually, and the song is in control — the artist isn’t. Consequently the audience isn’t with them, so when they begin the verse, lyrics, and melody, the music passes by them too quickly.

It’s like the mother hen who sets off across the street and hopes her chicks will follow her because she knows where she is going. The problem is the chicks don’t know, and she loses quite a few along the way. And once they’re lost, they’re hard to get back!

So pay attention to your intros. Take the time to develop them so they are captivating and compelling.

Tom Jackson is a world renowned live music producer, author of the book Tom Jackson’s Live Music Method and the All Roads Lead to the Stage DVD series, and master at transforming an artist’s live show into a magical experience for the audience. Tom has worked with hundreds of artists in every genre, including major artists like Taylor Swift, The Band Perry, Jars of Clay, and more. He also shares his expertise as a speaker at colleges, conferences, and events worldwide. For more information and more blog posts and videos, go to www.onstagesuccess.com.

Read More
Seven Ways to Captivate a Live Music Audience With Your First Song
What to do when the song is over
Owning the crowd: music performance tips from the “One Man Sideshow”
9 things you should never do on stage
Making Money: Merch, Music Gigs, and Your DIY Tour

5 thoughts on “Focus on song intros for your live performances”