We stumbled across this graphic with stats on piracy and estimations on revenue lost to file sharing and bootlegging on BackgroundCheck.org’s blog. Not exactly sure how it fits into their world view, but the information is relevant to us folks making and listening to music. See it here. 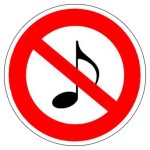