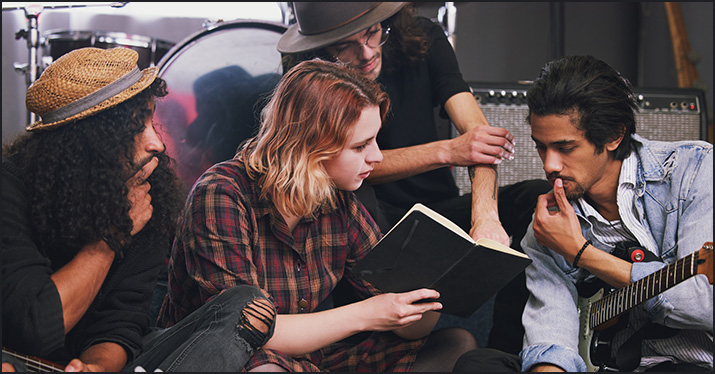 What are your rights when a song idea is formed between two or more people? Here’s how some co-writers handle songwriting splits.

Registering that copyright with the Library of Congress gives you more leverage if there’s ever a dispute, and when there is a split in the percentage, you want to have that documented so there’s no question as to who has what share of a song in the event it blows up, gets covered by a big-name artist, gets licensed, etc.

Table of Contents:
• Division of ownership under copyright law
• Exceptions to copyright law per written agreement
• The “all for one, one for all” philosophy
• One size doesn’t fit all
• Get the difficult stuff out of the way

So what does copyright law say about your rights when an original idea is formed between two or more people? A few principles regarding joint works must be understood by the authors, and the most important principle has to do with ownership.

Division of ownership under copyright law

There’s a presumption under copyright law that the authors of a joint work are automatically considered equal contributors. This simply means that if a band or group of writers writes a song, each writer automatically owns an equal share, whatever their actual musical or lyrical contribution.

Take the drum part to the song “Wipe Out” for example, or the bass riff to the song “Come Together.” Would these songs be the same if either part was excluded? Certainly not. So it behooves you not to walk out of a writing session without first being clear among all the writers what percentage of a composition each owns.

A simple written agreement or split sheet will suffice. It’s not even a bad idea to record your writing sessions and keep copies of original lyric sheets in case a dispute between writers ever materializes.

Keeping in mind what copyright law says, if the percentage split in a composition is intended to be anything other than equal, there needs to be a written agreement setting forth what that split really is. For instance, if everyone agrees that the bass player’s contribution to a song should entitle him to a 10 percent share, and the other 90 percent should be split evenly among the other band members, this must be put in writing.

You may be wondering whether any musician would agree to a smaller percentage share than he or she actually deserves. It’s not that uncommon! In fact, I know several musicians who, throughout the course of performing with one extremely successful rock singer, signed away 100 percent of their songwriting shares in return for a small sum of money. Not realizing the potential value of their shares over the long term, the guys felt that it was what they needed to do at the time to keep their positions in the band. Needless to say, they’re all kicking themselves now.

The “all for one, one for all” philosophy

With all this talk of who’s entitled to what, you might ask what happened to the “all for one, one for all” philosophy that most young bands and writers swear to. After all, if a group of musicians stuff themselves into a practice room to spend hours of their valuable time experimenting with song ideas and recording demos, is it really fair that the harmonica player gets zero interest in a song just because he wasn’t feeling as lyrically or melodically creative as the others that day? 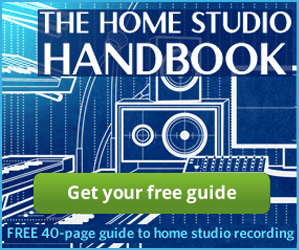 And what happens when all the writers make relevant suggestions and have to determine whose chorus idea gets used? Can this potentially turn the writing process into a competitive game of who’s getting credit rather than focusing on writing the best song possible? It can be a very real problem.

Consequently, many bands have an initial agreement stating that all members will receive an equal split in the songs regardless of who comes up with what.

The “all for one, one for all philosophy” makes perfect sense at first, and works for many years of a relationship. However, once a group becomes successful and everyone in the industry begins telling the vocalist or guitarist that he or she is the real star and genius of the band, writing credits and percentages can quickly become a topic of further consideration.

One size doesn’t fit all

For example, guitarist Stone Gossard and vocalist Eddie Vedder wrote most of Pearl Jam’s songs, yet the band originally split the percentages in its compositions equally: each of the five members received 20 percent. As they became more successful and vocalist Eddie Vedder was recognized as “the star,” essentially becoming the only irreplaceable member, the band wanted to keep him happy. They allotted 36 percent of each song to Vedder, and 16 percent went to each of the other four members of the band.

In another, more drastic, example, Jimmy Page and Robert Plant of Led Zeppelin started holing themselves up in a cottage in Scotland called Braun-yur to demo complete song ideas for Zeppelin III. In other words, the other members of the group got cut out of the songwriting process.

There are plenty of examples of bands who made the “one for all” agreement and stuck with it, even after getting huge. Radiohead comes to mind. Throughout its career, all the members of the band share equal writing credits on the band’s songs.

Get the difficult stuff out of the way

So, on one hand, no one wants to lose out on the profitable piece of the pie, i.e., writing credits on a hit song, but the reality is there are usually one or two key writers in a group who are the principal creators, and it takes a great amount of maturity on the part of the other members to recognize and deal with it.

It’s not the fun part of the music-making process, but it’s always best to get the sticky stuff out of the way before getting onto the business of writing — it can save potential hard feelings and your share of the credits when the time comes to collect your earnings.

Bobby Borg is the author of Music Marketing For The DIY Musician (Second Edition), Business Basics For Musicians (Second Edition), and The Five Star Music Makeover (published by Hal Leonard Books). Get these books at any fine online store in physical or digital format. Learn more at www.bobbyborg.com.

Related Posts
Creating song split sheets in 10 easy steps
Why you should use split sheets when writing and recording music
Mechanical royalty rates are going up… Or are they?
The MLC’s $424 million royalty distribution conundrum
Your copyright and royalty questions answered