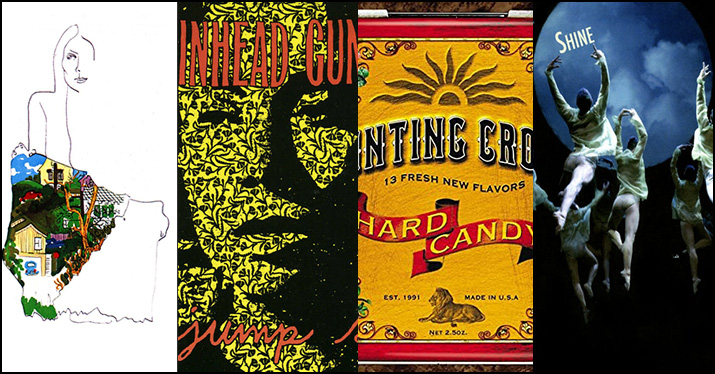 The practice of adapting someone else’s song as part of your live set or recorded work has long been a standard in the music business. Careers have been launched on the strength of a well-crafted cover song, and evidence that covers can be effective – and be a lot of fun for you and your listeners – can be found across every musical genre on every level of the industry.

So you picked a cover song, now what? Rather than copying the original version note-for-note, the best covers typically take the essence of the original and reshape it, so that the performing artist makes the song their own while adding something special and recognizable to their repertoire.

To try and help quantify this concept, I met up with my friend and audio engineer, Jeff Crawford, to compare four versions of Joni Mitchell’s classic song, “Big Yellow Taxi,” originally released in 1970. We’ll see how Pinhead Gunpowder, the Counting Crows, and Mitchell herself reinterpreted the iconic song, bringing different styles — and different meaning — in the process. 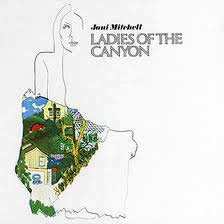 We started by taking a close listen to the original to see what elements might be consistent with the covers. The original version is straightforward, clocking in at just 2:15. It’s made up of four verses that end with this four-line refrain:

Don’t it always seem to go
That you don’t know what you’ve got ’til it’s gone.
They paved paradise
And put up a parking lot.

The first two lines are sung softly and plaintively, while the latter two are delivered in a matter-of-fact manner to emphasize the absurdity of altering nature for man’s needs. There’s just enough production to support the song’s storyline, which uses satire to make its point.

We discussed how the sparse instrumentation intentionally puts the lyrics to the song front and center. Mitchell’s acoustic guitar is the rhythmic drive, with percussion and background vocals adding color and texture at various points.

Another key to this version of the song is dynamics. Mitchell uses dynamics to draw in the listener. While each verse is up-tempo with a clear, strong vocal delivery — underpinned by her driving acoustic guitar — she makes a dramatic shift in volume and intensity for the key lines, “Don’t it always seem to go…” which she uses to set up the final lines of the refrain.

Mitchell also alters her strumming pattern on the guitar and all the percussion — except the triangle — drops out, adding importance to the next-to-last line. By doing so, Mitchell creates a tension that is immediately resolved with the last lines of the refrain, “They paved paradise and put up a parking lot.” It’s a very effective technique that cements that last line in the listener’s brain.

Lyrically, the first three verses address the world Mitchell was observing as she critiques a massive hotel built over the natural beauty of Hawaii, putting trees in a museum for people to view for a fee, and farmers spraying their crops with chemicals. However, in the fourth and final verse, the song turns personal, with Mitchell relating how her “old man” left in the middle of the night, driven away by a “big yellow taxi” — a possible reference to 1960s Canadian police cars. In this light, the first part of the refrain, “Don’t it always seem to go…” takes on added poignancy.

Mitchell then concludes the song whimsically, by repeating the final line (“They paved paradise …”) three times, varying her delivery on each before the track ends with her trademark laughter.

“That small touch is important as it helps the listener feel as if they were right in the studio with the artist when she recorded it,” Jeff observes. 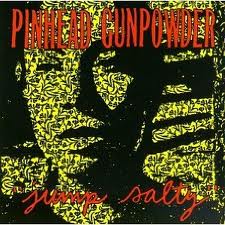 Although there are numerous cover versions of “Big Yellow Taxi” (Bob Dylan, Amy Grant, Nena, and even a big band version are among the 278 recordings that pop up on AllMusic.com), the first version we chose to study is by Pinhead Gunpowder, a part-time pop-punk outfit from Northern California that includes Billie Joe Armstrong of Green Day. This track was featured on their first album, Jump Salty, released in 1995. By choosing a classic song that is part of the pop canon from the 1970s, the band adapts the original intent and message Mitchell sought to convey into their own version, stamping the song indelibly with a loose, rough, energetic drive.

The track clocks in at 1:56, kicking into high gear from the very first note. And while Pinhead stays true to the original four-verse song structure, they don’t follow the dynamic map of Mitchell’s original reading, especially in the refrain. Instead, in part due to the conventions of the pop-punk genre, they play steady, rhythmic, and repeating figures, with a few variations in their arrangement in each verse. For instance, a second voice joins in on the final line of each refrain to emphasize, “They paved paradise and put up a parking lot.” This gets the same result as Mitchell did, focusing the listener on this key lyric, but with a different technique.

Another way Pinhead Gunpowder dynamically highlights the refrain is by featuring the kick drum insistently pounding a pattern that underpins the message of the song. They also use descending bass figures juxtaposed against ascending stereo-panned lead guitar lines to spice up the refrain.

Pinhead Gunpowder’s version shares another key characteristic with the original. “The energy of the band comes across, in part, from the live acoustic drum sound which features a highly tensioned snare that provides a similar propulsion as Mitchell’s acoustic guitar,” Jeff notes. “The bass and guitars echo that energy. The listener feels like they’re part of the track because the recording has a great live feeling. This rough-around-the-edges production style closely models Mitchell’s original reading, which also seems to be performed just for the listener.”

One interesting wrinkle is that, with a male vocalist, the band chose to keep the original lyric for the last verse when the “old man” gets taken away. Interestingly, this implies a different meaning to that character, who then represents the singer’s father. 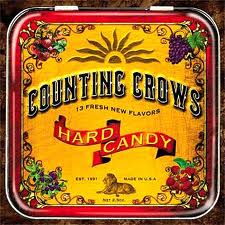 Next, we turn to the Counting Crows and their interpretation of the song that appeared as a hidden track on their 2002 album Hard Candy. From its first notes, the live feel of Mitchell and Pinhead Gunpowder is abandoned. Instead, the Crows set up the song with a funky groove and a contemporary urban feel with an acoustic bass synth patch. Then the band expands the sonic palette into a rich tapestry of dozens of instruments and textures, developing their own interpretation of the song which runs nearly double the length (3:58) of the original.

Where Mitchell brought down the dynamics for her thoughtful line, “Don’t it always seem to go…” the Crows tack in the opposite direction, building their arrangement with a blend of stereo-tracked acoustic guitars, an electric guitar, and a few other textures bursting out at that moment. The band then follows Mitchell’s road map, albeit two lines later, when the added instruments drop away, leaving just the drums, bass, and a funky wah-wah guitar line. The dynamic shift focuses the listener on the final refrain lines, “They paved paradise and put up a parking lot.”

At the beginning of the second verse, strings enter, with a processed, gated effect, used to punctuate Adam Duritz’s vocal delivery. To keep the song building, by the next refrain, the textures become a bit richer and denser than they were in the first refrain.

Verse three kicks up the energy a few more notches. Duritz jumps into his patented head voice, and supporting him is a repeating acoustic guitar riff that helps build tension. Meanwhile, a slowly ascending line of lush, acoustically tracked strings add another level of shimmer as the track evolves. The strings continue through this refrain, which Duritz chooses to repeat. Another sonic color, a harmonica, is also briefly added.

After a quick turnaround, a solo verse appears that features a lower register acoustic guitar that is a variation of the song melody. As the final sustained tremolo chord is held, the band fades back, and Duritz’s vocal takes on an intimate tone, to play the narrator’s role for the final verse.

Here the arrangement adds a level of realism by adding the sound of a door clicking shut set up by a stereo split of a guitar strum, harmonics, and the door slam. The band also adds a car sound when the taxi appears, and Duritz chooses to personalize the lyric, singing, “took my girl away.”

“Duritz shares the personal sense of loss he brings to the character,” Jeff notes. “At the same time, the rhythm section has completely dropped out, leaving only the string patch and a few select guitar accents, drawing the listener further into his narrative. By shifting the emphasis and dynamic arc of the recording from Mitchell’s satirical and repeating verse-refrain structure, suddenly the listener is a witness to the character’s emotional low point in a much more visceral way than the other versions.”

Although this fourth verse is the emotional apex of this version, the band picks things back up and Duritz returns to earlier form, singing three repeats of the final line that Mitchell sang in the original, adding his own improvisations as she did to each. Then the track continues with new material in the form of a vocal vamp that features a variation on the original funky drum and bass parts, and dozens of intricate interwoven guitar parts. 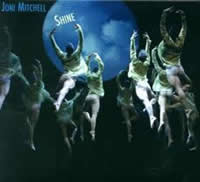 In 2007, Joni Mitchell re-recorded “Big Yellow Taxi” on her album Shine. How did the artist approach a classic song that has become one of the most well-known recordings of her long career?

Mitchell’s new reading of “Taxi” is vastly different than her original take. It’s more sophisticated and modern, and gone are the exuberance and playfulness found in her 1970 recording. They’re replaced with a lower-pitched, staccato vocal delivery missing the long lilting phrases of the original. Mitchell has a bit of a world-weary tone and tellingly adds one essential word to the opening lyric: the word “So.” Thus, she kicks off the track with, “So they paved paradise and put up a parking lot.” Now, she’s reflecting on the intervening four decades, using this version to observe that her earlier warning to preserve the natural aspects of the world around us went unheeded.

Instrumentally, she also explores new directions. As mentioned, her voice is the mature Joni — lower, smokier, and understated. She still uses acoustic guitars as the central instruments, but rather than a steady, driving rhythm, she sets up a choppy, syncopated series of strums, adding more tension to the backing track. The percussion parts of the original are gone; instead, a zydeco-flavored accordion punctuates her vocal lines. From time to time, synths fade in and out of the background, including a reedy, bassoon-like synth part that complements her vocal, providing an instrumental commentary to match her resignation. All in all, it’s a very creative and complete arrangement that suits Mitchell’s intent.

Keith Hatschek is the author of The Real Ambassadors: Dave and Iola Brubeck and Louis Armstrong Challenge Segregation, which tells the story of Louis Armstrong, Dave Brubeck, and Iola Brubeck as they took a stand against segregation by writing and performing a jazz musical titled The Real Ambassadors. Hatschek, who directed the music management program at University of the Pacific for twenty years, has authored numerous music industry books, including The Hitchhiker’s Guide to the New Music Industry, The Golden Moment: Recording Secrets from the Pros, and The Historical Dictionary of the American Music Industry.

25 thoughts on “Anatomy of a cover song: Four takes on “Big Yellow Taxi””