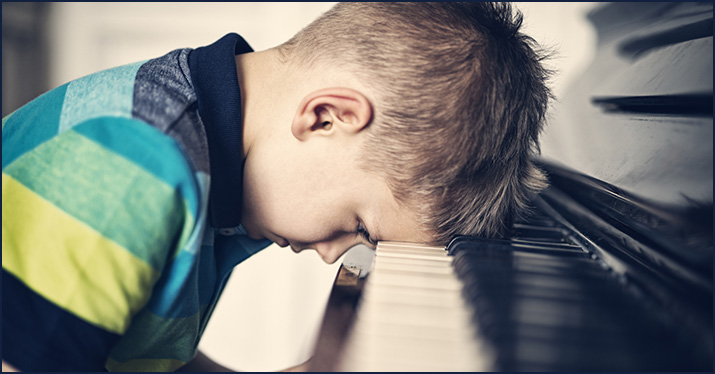 Music success is fine for some, but if you really want to fail at this whole indie music thing, here’s a sure-fire recipe to achieve that goal.

Sure, there’s lots of advice out there that’ll put you on the road to success as an indie music artist, so why not take a different approach? After all, standing out from the crowd is one of the standard items on the list to achieving success, so maybe you should try something new and carve out your own secret niche.

Table of Contents:
• Sell nothing
• Don’t tell anyone your name
• Have zero presence online
• Don’t promote your best stuff
• Opt for quantity over quality
• Don’t collect email addresses
• Be vague and obtuse when describing your music

Here are seven ways you can be sure to put the fire out before it ever gets started and spin your wheels as an indie music artist.

Anyone looking to make a profit in music isn’t doing it for the right reasons — it’s all about the art. Don’t make CDs and try to sell them, even if they legitimize you and give your fans the tactile experience they crave. Don’t hang out at your mech table and sign CDs after the show. In fact, forget about merch. T-shirts and hoodies are for sell-outs. While you’re at it, turn down payment from the clubs and venues you perform at. You’ll get your payday once you sign that big record deal. This is the time to pay your dues.

2. Don’t tell anyone your name

Make sure no surface on your stage set-up has your name on it. Don’t bother getting a banner to hang behind you like those corporate bands. A sense of mystery is really what the listening public is looking for, so pull them in by not mentioning your name at all during a performance — especially if you’re playing an outdoor food truck event or gathering place where people may not be there for your entire set. You wouldn’t want to have them go home and look you up online or anything. And be sure to pick a name that’s hard to spell and pronounce so when you do say it, no one knows what you said.

The Internet is full of trolls and bad actors, so make sure you avoid it like the plague. Don’t post videos and singles or build a band website or pursue a social media campaign. Real artists make it one fan at a time, live, in the trenches. The world will hear you, town by town, when you finally embark on that grand US tour. And really, back to the idea of buidling your own website… what, just so you have complete control over your message, image, and content and can create a hub that houses all your music and videos in one place? Where you can control your domain name and direct interested parties to learn more about you? Where you can sell merch and CDs… Right, I forgot about point #1. You’re on the right track!

If you do post content online, make sure you bury your best material — save that for the true believers. Plus, the real test if someone likes you is if they dig the deep cuts, so dish them out at every opportunity. Once you determine a song has hit on something and you’re getting a positive reaction, replace it with a new song — or better yet, revive that old one that never got the reaction you thought it deserved. The people weren’t ready for that one when you released it the first three times, but they’re ready now!

5. Opt for quantity over quality

Nothing says “pro” like putting out 100 new songs in three months. Speed write, speed record, and put it all out there. Fans, managers, and record companies will be impressed with the sheer volume of releases. Make videos chronicling everything you do. Fans want to know about your teeth-brushing routine, so really take them behind the scenes. And don’t bother cataloging or organizing your content. Just throw it out there and let people discover it as they will.

What’s the point of building a list of people who have indicated real interest in what you’re doing and are asking you to communicate with them and keep them informed about your next show, album release, single, or video? I mean seriously, do you really think a dedicated message to fans in your local area with an alert — or even a discount code — about your upcoming show might result in some additional attendees? You know, another tactic would be to collect names and build a list and then ignore it. Leave everyone in a state of suspense.

7. Be vague and obtuse when describing your music

You know when you ask someone what their band sounds like and they say “it’s like nothing you’ve ever heard before” and how that makes you super interested to find out what they mean? Or when you ask them if there are other artists you’re familiar with that have a similar vibe or sound and they’re like, “we’ve completely reinvented music and there’s no one out there who sounds anything like us,” and you think, Damn, I know nothing more about this band than I did before I asked? You know how invested you are in that indie music artist? Well, it’s time for you to be that artist. No genre is cool enough to contain you, no popular artist could compare. Dare to be an enigma.

I could seriously go on and on, but these seven steps are a great place to start. I just experienced #2 a couple of weeks ago at a food truck festival. The band playing was really good. I stopped and watched them play three songs. I looked at every amp and monitor on the stage — no hint of a name. I waited for the lead singer to say the band’s name. No dice. I walked away shaking my head. I liked this band. I’d check them out again, but I have no idea who they are.