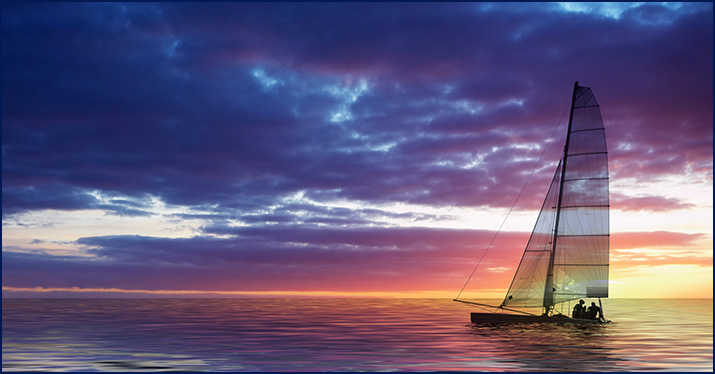 Here’s a fascinating look at how Stephen Stills took an unreleased leftover and turned it into the enduring classic, “Southern Cross.”

I heard “Southern Cross” by Crosby, Stills & Nash the other day. It had been years since I heard the song and I was blown away by how the extended pre-chorus sets up the glorious harmonies of the chorus. It inspired me to write an article about pre-choruses, but while researching the song, I discovered its fascinating history, which led me to change course and present some insights into how this song came to be.

The origins of “Southern Cross”

“Southern Cross” began life as “Seven League Boots” by the Curtis Brothers. While you may not have heard of them, Rick and Michael Curtis were journeymen musicians and songwriters who had hit on some level of success, including opening for Jimi Hendrix and the Jefferson Airplane and briefly being members of Neil Young’s backup band, Crazy Horse.

In 1974, the brothers befriended Lindsey Buckingham and Stevie Nicks, who (as Buckingham/Nicks) had just been let go from Polydor records and had yet to join Fleetwood Mac. The four of them, along with drummer Thom Mooney, recorded some demos of Curtis Brothers originals, including “Blue Letter” (later recorded by Fleetwood Mac) and “Seven League Boots.” Stevie Nicks sang backup vocals; Lindsey Buckingham was one of the producers.

For various reasons, the Curtis Brothers didn’t release “Seven League Boots,” and it remained a forgotten track until Stephen Stills heard it and realized he had discovered a true gem. (You can hear Michael Curtis discuss the song’s history here.)

Here is the original:

The first thing you might notice is that the CSN song is slower than the original, which really lets the song breathe. There’s nothing wrong with the up-tempo vibe of “Boots,” but by slowing things down, Stills gives “Southern Cross” a more soulful feel. As it stands, “Southern Cross” is unusually slow for a hit song at a stately 82 bpm.

There is a lot to admire with the original song, but it’s not a fantastic example of how to write great lyrics. They strike me as the kind of lyrics you write as a placeholder, rather than for the final product.

Let’s start with the title. Although one can find plenty of hit songs that have titles that may not be instantly understandable, “Southern Cross” is more immediately accessible to most people than “Seven League Boots.” You’ll notice in that video that Michael Curtis can’t even remember what the story is with those boots.

Hit songs tend to be based on universal themes. As Stills put it, “Southern Cross” is about “a long boat trip I took after my divorce. It’s about using the power of the universe to heal your wounds.” Love and loss. Pretty universal. This theme is clear from the lyrics throughout the song, but here’s a nice example: “So I’m sailing for tomorrow, my dreams are a-dyin’ / And my love is an anchor tied to you, tied with a silver chain.”

“Boots” seems to be about finding true love, which is, of course, universal, but that message is a lot less clear through the lyrics, which are often vague.

Compare the lyrics in the “Boots” chorus:
“If I have to go around the world, will I find your world?”

To those of Stills:
“I have been around the world, looking for that woman girl.”

Admittedly, “woman girl” has always struck me as kind of weird, but at least we know what he’s talking about.

Stills chooses a nautical theme, which is also unusual for a pop hit, but he sticks with it throughout the song.

Here are the opening two lines of “Southern Cross.”

Got out of town on a boat goin’ to southern islands
Sailing a reach before a followin’ sea.

The Curtis Brothers’ theme is inconsistent. The word “league” implies a nautical theme, but the first two lines don’t.

I caught that plane with the snow on my heels
And I’m driving a line straight and true.

He’s driving and flying, but not sailing.

Three observations about the production of “Boots.”

Structurally, both songs are rather interesting in that they feature verse, pre-chorus, chorus, and post-chorus, which is not something you see too often. “Seven League Boots” is a little more complex, and this is really the difference-maker, as far as I’m concerned. According to Stills: “The Curtis Brothers brought a wonderful song called ‘Seven League Boots,’ but it drifted around too much.” Here’s what he means.

In the verse, “Southern Cross” plays the same chord progression for five straight lines and then adds tiny little changes on lines six and eight before moving on to the pre-chorus. Stills’ recognized what a gem the Curtis Brothers’ main chord progression is, so he lingers on it, letting listeners soak it in.

In “Boots,” the progression changes after the first two lines and then only holds that new progression for one line before launching into the pre-chorus. It’s too restless. Listeners don’t have a chance to grab on to what’s happening musically.

Then we get to the transition from the verse to the pre-chorus, which in “Boots” lasts for just one measure. In “Southern Cross,” it lasts for two — that extra measure adds a tremendous amount of drama to the song.

But it’s the actual pre-chorus that really sets “Cross” apart from “Boots,” and again, it comes down to length.

“Southern Cross” has one of the longest pre-choruses I’ve ever heard. It’s so long and catchy, it feels like a chorus, so when you get to the actual chorus (which is nearly identical to the chorus from “Boots”), it feels almost magical, like you’re getting a bonus chorus. Whereas in “Boots,” because we’ve jumped around so much so quickly, it just gets lost.

“Southern Cross” was released on Crosby, Stills & Nash’s Daylight Again album in 1982. But Stills recorded an earlier version with his own band in 1980, and it’s interesting to compare that version to the CSN hit.

This version is very similar to the CSN song, but the latter features the call-and-response sections (e.g. “Think about” and “I’ve been around the world”) that happen during the transitions to the pre-chorus and chorus and which add so much to the drama and soul. Also, the harmonies are better worked out in the CSN version. (Although, fun fact: David Crosby was having legal troubles when CSN recorded “Southern Cross,” so Art Garfunkel filled in for him on the harmonies. So, maybe it’s better to think of this as a CSN&G song?)

Related Posts
Mystery chords: “A Hard Day’s Night” and “London Calling”
Liven things up with eleventh chords
Alternate guitar tuning can inspire your songwriting
The major mediant chord can add an unexpected surprise
How Nashville tuning can transform your arrangements