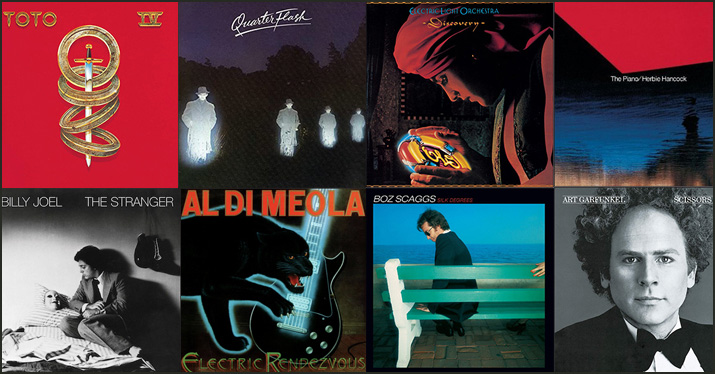 There are a few albums vying for the title of “first CD ever released,” and how you phrase the question makes a difference.

October 1st marks the 40th anniversary of the release of the first albums on CD. So… which was the first?

Billy Joel’s 52nd Street, featuring classics like “Big Shot” and “My Life,” tends to get listed as the first CD to be released commercially, but that’s not entirely accurate, as it was one of 50 albums released in Japan on October 1, 1982. 52nd Street just happened to be the first listed in the catalog, so it gets the tag as “first CD ever released.” Discogs published the list of the 50 albums included in the 10/1/82 release date, which are featured here, and they all should share in the glory.

Who pressed the first CD?

But… before these 50 CDs were pressed, ABBA’s The Visitors is credited as being the first album to be manufactured on CD for sale. It also boasts being one of the first records recorded and mixed digitally. The official release date for the album was November 30, 1981, but it wasn’t released on CD until March of 1983.

And even that pressing was preceded by the first-ever test pressing of an album, Eine Alpensinfonie, a tone poem for large orchestra written by German composer Richard Strauss. According to Famous Daily, that pressing took place on August 17, 1982, making it the first CD ever made.

What was the first CD released in the US?

While we’re at it, we should note that the first CD to sell a million copies was Dire Straits’ Brothers in Arms, released in 1985.

Here are the first 50 CDs ever released — in Japan. We’ve included the original release date of the album and a quick note. Do you own any of these? It’s time to pull them out and crank up the hi-fi system and enjoy some quality audio!

Andy Williams
Love Standard  (1982)
Not released in the US, only in Japan

Asia
Asia  (1982)
The supergroup’s debut, featuring “Heat Of The Monment,” “Only Time Will Tell,” and “Wildest Dreams”

Billy Joel
Glass Houses  (March 1980)
Billy Joel’s seventh studio album, features “You May Be Right,” “Don’t Ask Me Why,” and “It’s Still Rock and Roll to Me”

Billy Joel
The Stranger  (September 1977)
Billy Joel’s fifth studio album, features “Movin’ Out (Anthony’s Song),” “Just the Way You Are,” “Scenes from an Italian Restaurant,” and “Only the Good Die Young”

Herbie Hancock
The Piano  (1980)
Features a suite combining “My Funny Valentine,” “Green Dolphin Street,” and “Someday My Prince Will Come”

Percy Faith
Latin Hit Sounds  (October 1982)
Not released in the US, only in Japan

Percy Faith
Screen Music Special  (October 1982)
Not released in the US, only in Japan

The Brothers Four
Greenfields (October 1982)
Not released in the US, only in Japan

Willie Nelson
Always On My Mind (1982)
Willie Nelsons’ 27th studio album features “Always on My Mind,” “Let It Be Me,” and “Last Thing I Needed First Thing This Morning”

Related Posts
Happy 40th Anniversary to the CD!
Sell your CDs online: Stake a tent at Bandcamp
The MLC’s $424 million royalty distribution conundrum
How to sell 1,000 CDs in ten weeks
How to promote a release and sell your music, Part 1

6 thoughts on “What was the first CD ever released?”