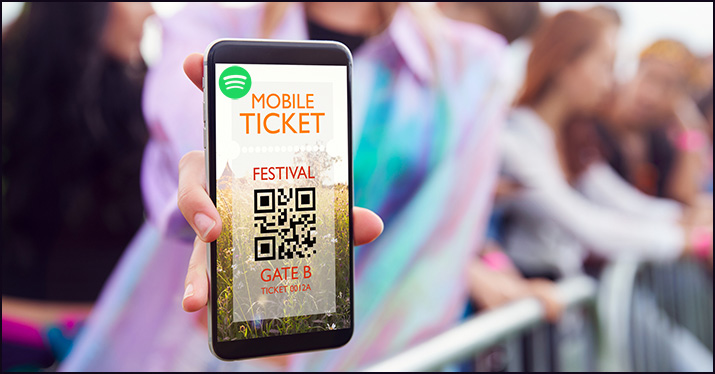 There’s news that Spotify may be getting into concert ticket sales. The app already knows what music you like — so, is this good for music artists?

Here’s an interesting new development. I recently read that Spotify is starting to sell concert tickets.

If you’re an existing Spotify subscriber, you’ve probably occasionally received emails from them with concert recommendations. I know that for me, those recommendations are always pretty spot-on.

And on the search page of the Spotify app, there’s a “Live Events” button that gives you a long list of concert recommendations. Again, highly targeted.

Now, it makes sense that Spotify can target the artists I would like to see. I mean, it knows exactly who I listen to and how much I listen to each artist.

To me, this is a case where big data — or “Big Brother” if you’d like — is actually able to offer me some tangible benefit, because Spotify’s concert recommendations are much more on target than what I can find at Songkick or BandsInTown or, God forbid, the Ticketmaster app.

Up to now, Spotify’s concert listings were linking to Songkick for the ticket purchase. Now, some preliminary reports indicate that Spotify is itself starting to sell tickets in a test with a small handful of artists. Spotify is apparently working directly with artists, venues, and promoters on this and they are transparent about the fees that are being charged for these tickets.

So, do we like this, or do we hate this? Let’s look at this from Spotify’s business perspective, from a fan perspective, and from an artist perspective.

From Spotify’s business perspective, it makes sense to get into concert ticket sales.

For starters, over the next decade, Spotify is trying to grow into a business that does a whopping $100 billion dollars in annual revenue. I mean, wow.

And maybe more wow is that they are still not profitable today. Spotify had recently announced a partnership to sell merch and some physical product. Earlier this year, it announced the test to sell NFTs. And now, concert tickets. If fans gravitate to buying these products and services, it can be a really juicy revenue driver for Spotify and probably more profitable than streaming.

Ironic for a streaming company, don’t you think?

From a fan’s perspective

From a fan’s perspective, I love it. For me, the concert recommendations are so much better than anywhere else, which means I’ll get to catch concerts I might miss otherwise. Spotify already knows what I listen to, so if it can use that knowledge to feed me products or content or tickets that I’ll be interested in, sign me up.

From an artist’s perspective

From an artist’s perspective, I just don’t see a downside. Here, Spotify is letting fans who listen to your music know that you’ll be performing in their area. As an artist, Spotify likely knows better than you who your fans are. So, messaging those fans on your behalf could only lead to additional ticket sales, which you’ve got to love, right?

As I write and record this, there aren’t a lot of details out about this program. But it certainly looks interesting and it may be promising.

If you want to follow this and other music business stories, there are a few music newsletters I suggest you subscribe to: Hypebot, Music Business Worldwide, and Digital Music News.

We’ll keep an eye on this developing story. Let me know in the comments below how you feel about it.

Related Posts
The real reason you’re not seeing streaming revenue
You need to work on your Spotify playlist strategy
How to use Spotify Canvas to add looping video to your streams
How Spotify blew up the “Top 40” and made it the top 43,000
Mechanical royalty rates are going up… Or are they?

2 thoughts on “Spotify’s selling concert tickets? Is this a good thing?”