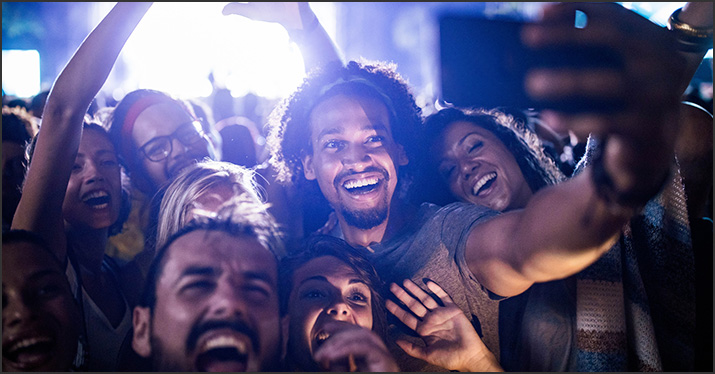 Here’s my real-life story of how an artist I like took 90 seconds and converted me into a superfan.

As I was lying in bed the other morning, I was reminiscing about a concert I went to about a month ago. It was this north African artist I like named Bombino. I’d seen him a few times before at larger festivals, but this time it was in a small venue near me in Philadelphia.

Not only did he put on a great performance — all dressed in traditional garb — but at the end of the set, his bass player mentioned that Bombino would be at the merch table afterwards to meet fans. Now, this was unexpected. I felt a shiver of excitement. Yes, I wanted to say hi to Bombino. So, what happened next?

It started with an autographed CD

Well, for starters, I bought a CD for $20 that I hadn’t planned to buy. Of course, he autographed it for me, which was cool. We had a little chat in his very broken English and my very broken French. We took a selfie. And there was a long line of fans behind me, all buying CDs and snapping selfies.

Later that evening, I posted a snippet of the video from the concert with my selfie on Facebook and I tagged Bombino. The next morning, I noticed that Bombino had also liked my Facebook post. I was pretty stoked. Between the autographed CD, the selfie, the brief chat, and his like of my Facebook post, I had four memorable interactions with Bombino that ended up making me a superfan.

Next time Bombino is in town, I’ll be sure to go to his concert. And the total time it took him to cement me as a fan for life was maybe 90 seconds.

So, what points do I want to make with this story? Well, number one, as I’m sure you already know, having a merch table at every concert is key to picking up some extra revenue from your music. Merch, including CDs, vinyl, and t-shirts can mean the difference between losing money on a gig and making a few bucks.

Be there to meet your fans

Number two: don’t just let your merch crew work the booth. Go there yourself. If Bombino had not gone to the merch table himself, I wouldn’t have gone over. I would not have bought a CD for $20, that’s for sure. And I’m sure most of the other fans wouldn’t have either. If you, the artist, go to the merch table yourself, you will not only sell more merch, you will create a much tighter bond with your fans.

For me, meeting Bombino was actually much cooler than buying his CD. Yes, I’m happy I got the CD autographed, but frankly, I bought that CD to support him on his tour.

Number four: engaging with your fans on social media is a powerful way to make an extra connection. And again, quick and easy to do. I can’t tell you how often I’ve seen fans share or retweet when an artist liked or commented on something they had posted.

That’s the case with me. I thought it was super cool that Bombino had just liked my Facebook post. So, you need discs and merch to sell, you need to get out there to your merch table yourself and connect with fans. You sell more merch in the process, and make more money. Then you want to make sure to acknowledge and interact with fans online when they post about you and convert them to superfans.

These are all little things. They don’t take a lot of time, but they are extremely rewarding, particularly for your fans, but for you as well.

Related Posts
Your #1 job as a music artist? Create demand for your music.
Don’t stand in the way of your own music success
You need to sell merch — here’s why
The importance of merch for today’s working musician
How to make the most of your live music shows