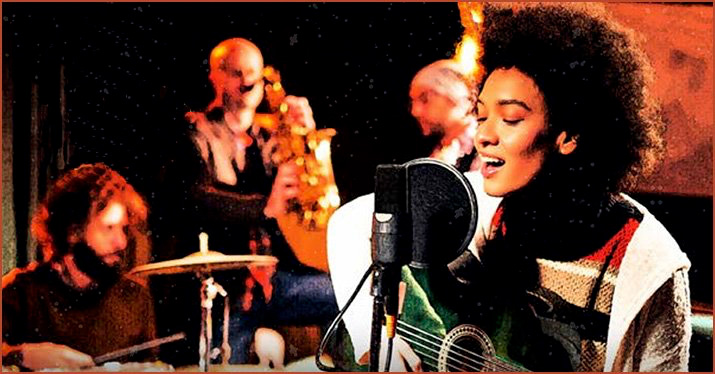 This post is excerpted from The 90-Day Album Release guide, which helps you plan and organize all the events and decisions that go into making an album — from day one in the studio to your continuing sales and promotion efforts. 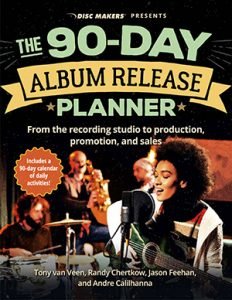 You may have heard the saying, “Plan the work, then work the plan.” Well, while planning an album release is not exactly rocket science, there is a lot to get done if you want a product you’ll be proud of, a distribution plan that works, and a promotional strategy that will spread the word and sell your album.

You’ll want to spend time in advance to design a plan and figure out how you’re going to get this done. How much time can you spend on it? How much money can you invest? How are you going to promote yourself and your new release to achieve success? What constitutes success for you?

There are also practical issues to consider — from clearing the rights for your cover songs to converting your album art to the right format — and there are plenty of things that can trip you up or cause the album to take a lot longer than you’d expect.

If you want people to buy your album, make it special enough that they will want to buy it. Every CD package is nice, but can you create a special deluxe package that allows you to sell it at a premium price? Or what about vinyl LPs? Vinyl takes longer to manufacture, so if that’s a part of your release plans, you need to adjust accordingly.

Then, there’s exclusivity. Do you want to go narrow (physical only) or broad (physical plus digital and streaming)? The advantage of a physical-only release is that the only way a fan can get your music is by buying it from you. A physical-only album release also allows you to tell a different story: How this is a special product just for dedicated fans and how it goes to support you directly.

That said, going broad with physical and digital distribution has its advantages. It gets your music in front of more fans more easily, which can help broaden your fanbase. Or, you can go hybrid: Before your album comes out, release one or two digital-only singles to get your fans excited and follow up with a physical-only album that can only be bought from you. The choice is yours, but be clear about your distribution strategy before you start this journey.

Recording (and preparing) your material

If you’re embarking on an album project, it should go without saying you already have a selection of strong compositions to pick from. Carefully curate the songs you’ll be recording to feature your strongest material, which could include testing and honing the songs in live performances and communicating with your fans and social media following for input.

The 90-day release calendar assumes a two-month window from the start of the recording to the record being ready for release, and you should plan to be in the studio for about three to four weeks.

But before you start setting up microphones, you need to set your budget for recording, manufacturing, and promotion. In fact, the most important part of the 90-day calendar arguably has little to do with recording. It is critical to your album’s success that you start your promotional and marketing activities from day one, as soon as you enter the studio. Messaging your fans before you go into the studio is recommended. Let them know you’re about to record an album, tease them with your great new material. Let them know how excited you are to be going into the studio to record your album.

How much should you budget for promotion? Some would suggest you budget as much for promotion as you do for the recording, mastering, design, manufacturing, and distribution of your album. In other words, 50 percent of your total budget could go toward promotion. Of course, that can add up to a lot, and you may not have that kind of money to spend, so the minimum you should be prepared to spend on marketing and promotion should probably be somewhere between $500–$1,000.

Can you do it for less? Possibly, but the less you spend on marketing, the smaller your chances of success. That said, there’s also a TON you can do that is free, but you’ll have to be clever and really work at it.

Record at home or in a professional studio?

Professional studios cost money, but they have the equipment, acoustics, and know-how to make your recordings sound “radio-quality” from the ground up. However, time is a factor, since studios typically charge by the hour. Recording at home costs money up front but pays off over time the more you record. Of course, one of the hidden dangers of recording at home is you can spend months or years “perfecting” just one song!

Make sure your songs are well-rehearsed so you don’t waste time in the studio. Even more important, you need a batch of great songs that are ready to record.

Whether you choose to record in a professional studio, a home environment, or a combination of both, save time and money by rehearsing and arranging the songs before you begin to record. Some musicians write out parts using sheet music, others record their practices or preproduction demos as reference guides they turn to while in the studio. Use the method that works best for you, but be prepared before you start the recording process.

Fine-tune your gear and instruments

Whenever you record, make sure your gear is up to the task. You don’t want to use instruments or cables that crackle or cut out or amps and speakers that play right “most of the time.”

If you play drums, make sure you have fresh heads. Put new strings on your guitar or bass a few days before the session. In fact, you should change your strings for every 24 hours of play time, especially if you’re recording. If you’re recording in a pro studio, bring extras of everything and always have fresh batteries on hand! The meter will be running while you’re out at the store buying supplies, so prepare for all contingencies ahead of time.

The 90-Day Album Release Planner is designed to help you plan and organize all the events and decisions that go into making an album — from day one in the studio to your continuing sales and promotion effort — so you can move forward with confidence and avoid pitfalls and surprises. Learn how to successfully drop your album in three months with this step-by-step guide and learn about making the most of your studio time, your CD and Vinyl production checklist, music promotion and publicity, and how to excite fans before (and after) your album drops.

Related Posts
Sell your CDs online: Stake a tent at Bandcamp
The real reason you’re not seeing streaming revenue
How to promote your record release
How to get your music heard and seen
How to promote a release and sell your music, Part 1