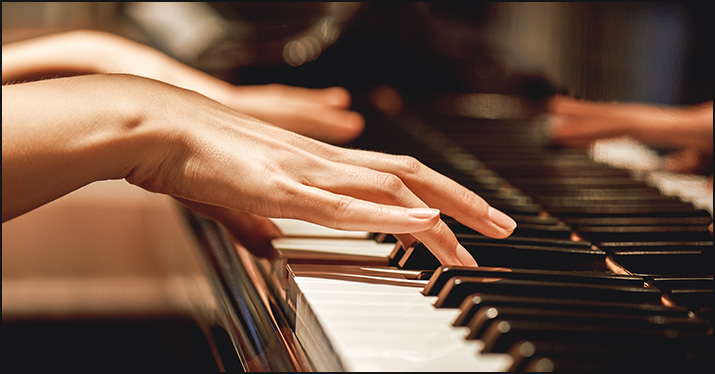 In music, a mode is a formula for creating a musical scale. The Lydian Mode’s formula (W–W–W–H–W–W–H) can give your melody or progression an uplifting and yearning feeling.

If you’re plum out of ideas for new songs or melodies, what better way to stimulate creativity than to alter the very vocabulary of your musical language? Today, let’s explore the Lydian mode.

What is a mode?

In music, the word “mode” has changed meaning over the centuries. Today (in Western music) it means, essentially, a formula for creating a musical scale. You use two modes all the time, probably without even realizing you’re doing it: the major scale (aka the Ionian mode) and the minor scale (aka the Aeolian mode).

(I won’t go into the etymology of the various mode names, but suffice it to say they all go back to ancient Greece.)

So that’s the Ionian mode. Here’s the formula for the Lydian mode, with the difference highlighted in red:

As you can see, there’s only one note difference between the major scale and the Lydian mode, and that is the fourth tone, which in Lydian is augmented, or sharp. (Another way to picture the Lydian mode is to play just the white keys, starting on F.)

Now, you may wonder why Lydian would be an appealing mode to use, since it features a #4, which gives us a tritone, traditionally thought of as a very dissonant interval. True, but as we’ll see, the Lydian mode gives music an uplifting and yearning feeling.

Here’s one of the most famous uses of Lydian, “Maria” from West Side Story. The song’s melody hammers on that #4 over and over again. (You hear it on all the red-highlighted syllables in the opening phrase of the main melody (0:33 in the video): “Mar-i-a. I just met a girl named Mar-i-a.”

You may have noticed that the notes in C Lydian are identical to those in G major, with the exception that our tonic is C instead of G. But, as we’ll see, many of the chords we’ll be using will pull us towards G instead of C, and this tension will tug at the listener on a subconscious level. We can hear it in the melody from Maria. If we were to transpose the song into C Lydian, that #4 (F#) pulls up to the 5 (G). Lydian effectively gives us two tonal centers.

We can use these modal formulas not just for melodies, but also for chords. If we build triads and seventh chords on each scale degree of the major scale, we get this:

The chords we get in C Lydian are:

As you can see, Lydian gives us a D7 chord, which will definitely want to resolve to G instead of C. The same is true for F#ø7. This spices up all your standard chord progressions. In major, a pretty routine progression is I-ii-V7-I (C-Dm-G7-C if we’re in C major). But in Lydian we get I-II-Vmaj7-I, which has a totally different feel.

Lydian is so common in jazz, there is a chord named after it. The Lydian chord is built on the tonic and is a major seventh chord with an added #4. A Cmaj7#11 it would be spelled: C-E-G-B-F#. There is a Lydian Dominant chord, too, which flats the 7th: C-E-G-Bb-F#. You can also add 9th and 13th notes to the Lydian Dominant: C-E-G-Bb-(D)-F#-A though players usually omit the G.

Because the chords tend to pull the listener towards the 5th rather than the tonic, coming up with chord progressions that are strictly Lydian can be tricky. Here’s a site that features five nice Lydian progressions.

Typically, you’ll see a lot of songs that simply alternate between the I and the II, like Fleetwood Mac’s “Dreams.” The whole song is built around F major and G major. The melody largely avoids that #4, but the fact that Stevie Nicks uses a G major chord instead of a G minor, makes this a Lydian hit single.

Even though Lydian is only one note different than Ionian, that #4 can really spice up your melodies. Take any melody that you currently have that uses a natural (perfect) 4th and substitute a #4 instead and see what a difference it can make. (The Jetsons’ theme song is a classic Lydian melody. You can hear the #4 on “Jet” in “Meet George Jetson.”)

Film and video game composers use Lydian all the time, for its uplifting feeling. John Williams is especially fond of it, using it extensively in E.T., Back to the Future, Star Wars (“Yoda’s Theme”), and more.

Lydian Dominant. Also known as the acoustic scale, this is the most common alternative Lydian, which is exactly the same as Lydian, but features a b7.

The Simpson’s theme begins in regular old Lydian, but later on switches to Lydian Dominant. Enjoy!

“Pretty Ballerina,” by The Left Banke is another classic that features the Lydian Dominant. Like in “Maria,” this song emphasizes that #4 over and over again to beautiful effect.

Lydian #2. A less well known but beautiful alternative, this variation features a #2 (and is actually considered a mode of the harmonic minor scale).

The most famous song in Lydian #2 is the Beatles’ “Blue Jay Way.”

One of the interesting things about Lydian #2 is that you can play both the major and minor forms of the tonic. (C-E-G and C-D#(Eb)-G are both in the scale.) In fact, there are a host of really fascinating chords that open up to you with this mode. Here’s a great resource that explores many of the ways in which to use Lydian #2.

The important thing to remember about modes: You don’t have to stay in one mode for the entire time. Start in Lydian and move to Ionian, or vice versa. Or, you can mix and match: Use major chords with a Lydian melody. It’s all good, just experiment and have fun!

Related Posts
The major mediant chord can add an unexpected surprise
The pedal point: A quick study
Liven things up with eleventh chords
How Nashville tuning can transform your arrangements
Ninth chords add ambiance to your compositions