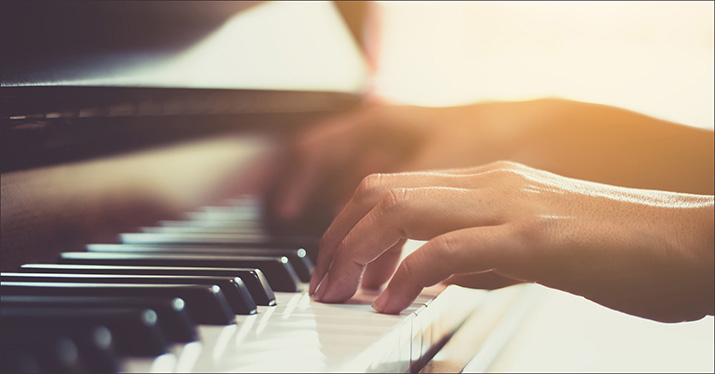 Choosing to turn your creativity into a regular routine can help you stretch your limits, sharpen your skills, and open the door for new career opportunities.

Last month, I launched a new project called Current Dissonance. It’s a newsletter on the Substack platform, but instead of writing about politics, food, or travel, I post a new solo piano improvisation several times a week. Each track I share with my subscribers is my musical reaction to daily headlines published by news outlets around the globe.

Given how volatile the world seems right now, working on this project has been cathartic and calming, and I hope my improvs can bring similar benefits to those who hear them. But in putting Current Dissonance together, I’ve also discovered some unexpected musical benefits of turning my creativity into a well-oiled routine.

Thus far, I’ve recorded fifteen iterations of Current Dissonance, and I can say without a doubt that my fingers move more freely and expressively than they did when I started.

Even though the benefits of regular practice are nothing new, the growth I’ve seen as a result of this project has been happily surprising. Perhaps that’s because I’m playing with a purpose, so creating and sharing these tracks never feels like work. And whether I’m trying to find the right rapid-fire arpeggio patterns to capture the spirit of a certain headline or experimenting with compression settings to find the right piano tone for a certain day’s performance, the benefits are becoming cumulative. Doing the same thing the next day feels that much easier and more natural.

Whether you’re producing EDM or honing your bluegrass banjo chops, turning your creativity into a focused routine can help you develop your skills without it having to feel like a slog. And whether you choose to share your work regularly with listeners, like I do, spend your time regularly chipping away at a larger project — or develop something else completely. See what happens when you lock in to a routine and keep pushing.

I often feel at least a small amount of pressure when the proverbial red light goes on, but after fifteen experiences of recording an improv and sharing it with my mailing list an hour later, it’s no longer nearly as big a deal. I’m confident that this well of experience will impact my next non-solo recording projects; the more the act of tracking and sharing my music becomes routine, the more natural the whole process feels and the more I can trust myself to give a performance that I’m proud of with more energy poured into the music itself.

In your own creative routine, pay attention to what makes you feel the most pressured or seems the most difficult and watch how your feelings towards that facet of your practice change the more you do it. With any luck, locking it into routine and repeating it over and over can help you transform something intimidating into something that’s an easy and enjoyable part of your music-making.

After recording several Current Dissonance improvs, I started to notice myself gravitating towards certain types of chords and harmonic movement, phrases, and effects. Some of those stylistic choices are what make my playing sound like me, but sometimes those go-to elements can be a crutch — in other words, they become musical clichés that I sometimes fall back on when I can’t think of anything better to play.

Working on Current Dissonance has made me starkly aware of those tendencies, and forced me to think of newer, fresher, and more genuine ways to express myself. And I love some of the new ideas I’ve come up with as a result.

As you get your own creative routine in place, pay attention to what drum patterns, chord changes, vocal inflections, or lyrical stylings you hear yourself repeating over and over and ask yourself if those choices are truly serving your music in the best way possible. If they are, great; but if you think you can do better, experiment until you find something new that works.

The more time I’ve put into Current Dissonance, the more ideas I’ve had for similar offshoot projects to pursue afterwards, or in parallel. I hope that putting a creative routine in place can inspire you in similar ways — perhaps by committing to the routine of programming a new beat every day, you’ll find yourself with an album’s worth of wonderful grooves and decide to make that happen, or by playing in a park for strangers four times a week, you’ll discover new fans or collaborators.

Regardless of how things manifest, invest in your routine and keep your eyes and ears open. You never know what interesting possibilities will come up next.