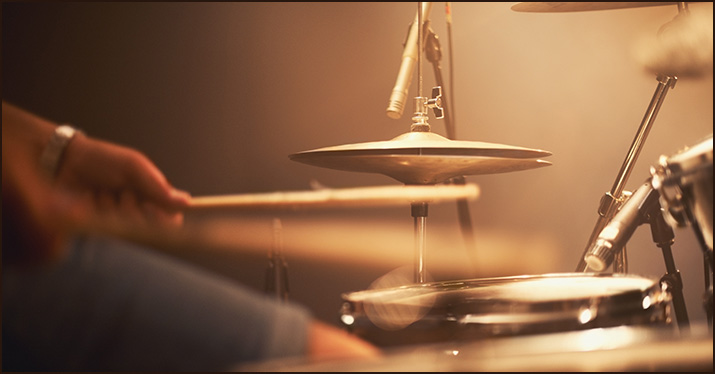 Getting a quality drum recording in your home studio requires a space with proper acoustics and mics that are up to the task — and your mic placement goes a long way to a pro result when you record a snare drum.

The recording of a snare drum is the focal point of just about every modern recording. It sits right in the center of the mix, below or above the vocals, depending on the style of the music. Read on to discover nine mic placement techniques that will help you capture specific sounds when you record a snare drum. 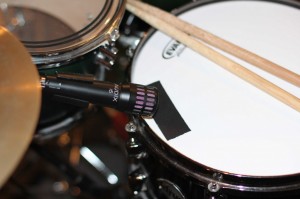 If you are looking to get that initial attack of your snare drum, use this type of placement. On its own, it does not sound as appealing as you would first think, but once you add in the rest of your microphones, you will begin to understand how the drum set takes shape. Close miking a snare drum captures ghost notes, blast beats, and other low-volume hits. Adding this type of placement to your snare configurations and then automating its level in post-production or during the performance can help pick up snare hits that do not get through to the rest of the microphones on the drum set. Experiment with the mic angle to get the right sound for the player, room, and drum. 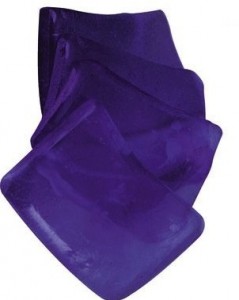 This is the same close mic placement as above, but with Moongel applied. Applying Moongel to a snare drum reduces ringing overtones. Some snares ring a bit more than others depending on the type of head, drum-tuning, and wood. The drum in our sample recordings rang more than what was desired, so the application of Moongel was necessary.

Obviously, the amount of ring in your snare is based on what you like stylistically. Coming from a heavy rock and metal background, I tend to lean towards a more-attack and short-sustain type of snare sound. In my experience, I have found that a snare with a long sustain can adversely affect drum editing, time alignment, and replacement; it can also get in the way of other frequencies when it comes time to mix. 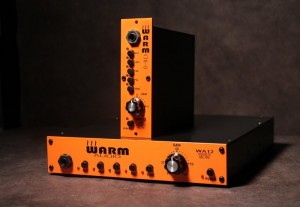 The Warm WA12 microphone preamp is one of the best preamps I’ve used in its price range. The feel, sound, and overall architecture of this preamp makes for a great snare choice, just like the microphone preamp that it’s modeled after — the API 312. In fact this pre amp is so close to API’s design that it’s widely considered a clone of the vintage ancestor. This was first noticeable when sending the hot snare top signal through it and understanding how it embraced the low frequencies with ease and didn’t break up in the high-end. I used this for all of the snare top recordings in this article.

3. Six inches from the snare: Let your snare breathe 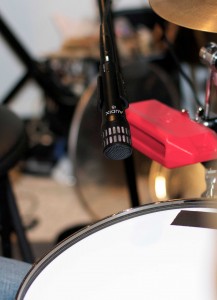 When you move the snare microphone six inches from the head, you introduce another level of ambience to the sound of the snare. The amount of ring and attack sounds more like a natural snare drum. I think of it as allowing the snare to breath a bit more, so that reflections from the surrounding surfaces make it into the microphone. Too close of a snare can almost choke the sound and make it sound unnatural and dull. This technique is especially useful when recording a drummer who is a hard hitter. The more you let the snare breathe, the more dynamic its sound will become. 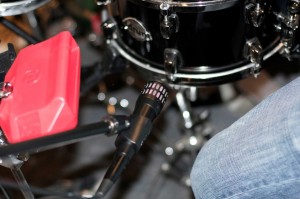 Obtaining the proper sound of a snare drum should be something that is tried and tried again. Moving microphones, trying different microphones, and referencing a track with desired sounds is the best way to start when recording a snare drum. Inexperienced users will start to reach for a plug-in the second they get the tracks down in their DAW. Microphone placement is like anything else: practicing and experimenting will only make you better.

One technique I like is setting up a microphone from the side. This captures some of ringing from the shell, and provides another tone to combine with the top and bottom mics. Again, try different mic angles — toward the top or bottom of the snare — and find the best for the session and drummer. This is a stylistic choice and introduces some new ways to personalize the sound of your snare. 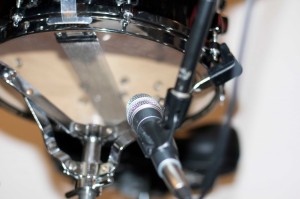 Typically this mic is always paired with a top snare microphone. The common practice is to flip the two microphones out of phase due to their arrangement, but that’s really up to the engineer’s ear. Listen to your signal, then flip them out of phase and decipher which one sounds better. The bottom snare is there to pick up the crisp rattling of the snares against the resonant head. This bright sizzle from the bottom and the attack of a top snare can be used to balance the lows and highs of your initial snare signal when dialing in the right sound during mixing. 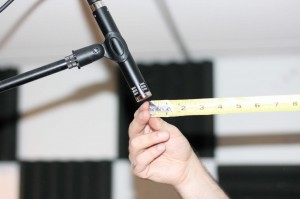 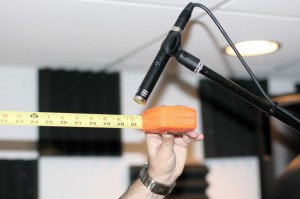 I typically work by getting the sound of the drums with the overheads first. Much of this is to get an understanding the drums in the room and how the snare sounds with the rest of the kit. For the most part, overhead microphones are where a lot of the sound of your drums come from in the final mix, including the snare. Center your snare in the overhead microphones or dedicate a pair of overheads to your snare as secondary overheads. The point is to capture the sound of the snare in the room with the rest of the kit. After that, it’s a matter of dialing in the right balance and blending your top, side, bottom or other snare microphones in with the sound.

7. One condenser mic in front of the kit 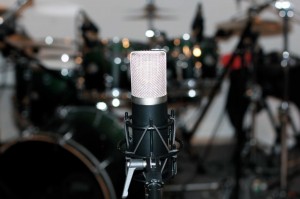 There really is no turning back once you start adding room microphones to your drum sounds. Having many different microphones in different places in your room can start to shape the sound of the set even more than you would expect — though this is where having a room with desirable (and controlled) acoustics is key. Placing a condenser microphone like the Mojave MA200 in front of your kit captures a narrow perspective of the drums in the room. The advantage here is that you are recording the kit in mono, so everything is reduced to the center of the stereo image. That center is where your snare occurs, so if you filter out the high and low end of this signal you essentially have a dedicated snare microphone 10 feet from the kit. Apply some compression and voila!

8. One dynamic mic in front of the kit 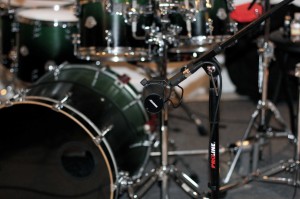 The same principles apply here as they do above, although this perspective changes significantly with a different type of microphone. In comparison to the Mojave, the Shure SM7B is more aggressive in the mid range. If you are familiar with the SM57, the SM7B is close in sound and more accepting of the low end. You can use this to fatten up the center of your drum set, or throw a reverb on it to make for an even more ambient sound. 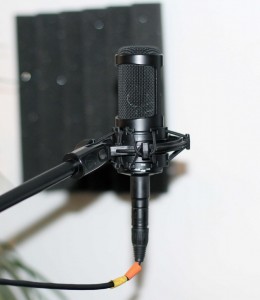 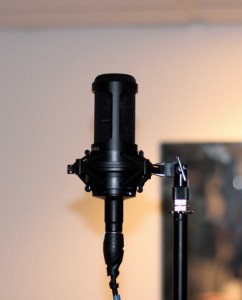 Another technique that requires a good room sound involves using wide room microphones to up the intensity and quality of your drum recordings. If you’re not in a big room, you can face the microphone capsules in the opposite direction of the drum set. Place them as close to any opposing wall as you can and set them to the cardioid pattern.

Facing the microphones towards a reflective surface breaks the line-of-sight between the capsule of the microphone and the drum set. This means your distant stereo room microphones will pick up reflections from the wall first. This slight variation of mic positioning creates the difference in the sound of your rooms.

This post originally appeared on Cakewalk’s blog. Reprinted with permission.