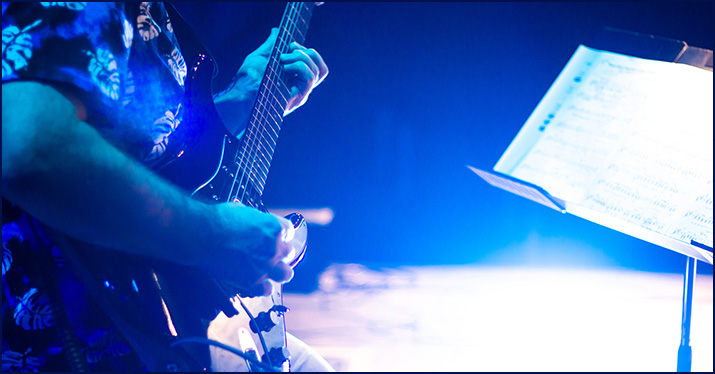 Musician, author, educator, and music industry consultant Bobby Borg talks with Barry Squire about how to submit, research and conduct yourself when you’re trying to land a big audition and get the gig.

Adapted from the video, “How to Audition and Get the Gig – 3 Musician Tips.”

In this video interview, Bobby Borg sits with LA-based musician referral expert, A&R consultant, and live music producer Barry Squire about getting a big gig by planning for and landing the audition.

Bobby Borg: Musicians spend years learning how to play their instruments with hopes of getting that big gig, but many people do not know how to conduct themselves professionally during an audition.

Barry, let’s start with the submission. When we were talking on the phone, you said “less is more.” Can you elaborate?

Barry Squire: This changes from year to year, but if you are a musician and you want to be considered for an opportunity, the formula is just simply this: send a concise email to the manager/casting agent/record label, etc. Start with two paragraphs of bio that spells out your background and what you’re doing currently. Under the bio there should be four links, in this order:

Right under the links, make sure to put all your contact information. Under that, include a current photo. That’s all you need if you want to be considered for something.

Bobby Borg: Excellent. This brings us to point number two, which is preparation. In our discussion, you mentioned research is super important.

Barry Squire: Right. Start at the website. Research the artist. Learn everyone’s names, look at the photos of the band and the people around them and go to the audition dressed similarly. Read about where they’re going, where they have been, learn about what releases are out. Have all this research done before you get there so, if at some point conversation opens up, you can tell them you’d love to tour in Israel or ask what was it like to play at Red Rocks. You may never have a conversation, but it’s good to have all this background before you get started.

Bobby Borg: Would it help to know something personal about the artist? Like, maybe one guy is really into the New England Patriots, so you might put a Patriots’ sticker on your cymbal bag or something? Is stuff like that too forced?

Barry Squire: I’ve had people do well at auditions because they warmed up with a song by the lead singer’s favorite artist. That gets their attention. “Hey that’s ‘Baby O’Riley,’ I love The Who.” You can also find information about where they stand on political issues and things like that so you don’t do or say anything offensive.

Bobby Borg: OK, so now let’s talk about the actual audition. A very important thing you mentioned to me, which I have experienced and can relate to, is “positivity is a plus.” What do you mean?

Barry Squire: When you walk into a room with somebody who’s in a position to hire you, it’s a snapshot for them. They are getting acquainted with you, trying to make a judgment about whether you’re going to get along on a tour bus or what it would be like to work with you for hours at a time. They have to judge entirely by your mannerism onstage — everything you do when you walk in — so it’s really important to make a good impression, don’t complain, be positive, and smile no matter what’s going on around you. You might be synced up with the worst bass player who ends up being the cousin of the drummer or it’s just the end of the day and everybody is burned out. But if you go in, smile, play what you’re supposed to play, and be positive, you’re going to have a much better chance of getting hired.

Bobby Borg: One time, I was at a huge audition in San Francisco and I was playing to a track, but there was a problem and I just went along and played with it and was afraid to stop and say, “the track isn’t loud enough, I can’t hear it,” because I didn’t want to sound like a complainer. When would be the time to just say, “Hey, hold it you guys, I can’t hear anything. Can we turn it up?”

Barry Squire: Some people make it humorous — they give a “time out” signal or something like that. Don’t blame anybody, stop the song and say, “I don’t know if other people have had an issue with this, but I’m really having trouble hearing through the monitor, just so you guys are aware.”

Bobby Borg: One last thing I think is very important to mention is, just from a statistical standpoint, the number of people who actually want to get these gigs and the number of people who land them… let’s just say the odds can be against you. What do you do if you don’t get the gig? You may have the talent to get the gig one day, so how do you avoid letting this destroy your confidence?

Barry Squire: This is something we share with the acting industry and dance and other arts. It’s tough — you put in an intense amount of effort researching and preparing and you go in and give it your best shot and then you may or may not hear from the artist. Really well-known musicians have gone months and years without getting attention and then, one day, somebody gets excited and things take off. Understand there are so many factors you can’t be aware of that — there have been female singers who’ve been more attractive than the main artist so they didn’t get the call, or there may be things you don’t know about internally with the band. Maybe you were supposed to replace somebody in rehab but now he’s out and back in the band. I know of a couple that split up on tour but then they got back together after they held auditions. Sometimes people get eliminated because they’re way too tall or way too short and they look strange next to the artist. I had one band say they didn’t want five people in the band with shaved heads, so no one with a shaved head was going to get the gig. Sometimes the band runs out of money — there are so many crazy stories. What professional musicians do is go home, regroup, and try again.

Related Posts
13 questions to ask a potential band member
Craft three band bios to describe you and your music
Writing an informational band bio — 9 tips
Networking is key to success in the music business
What is your vision for your music career?