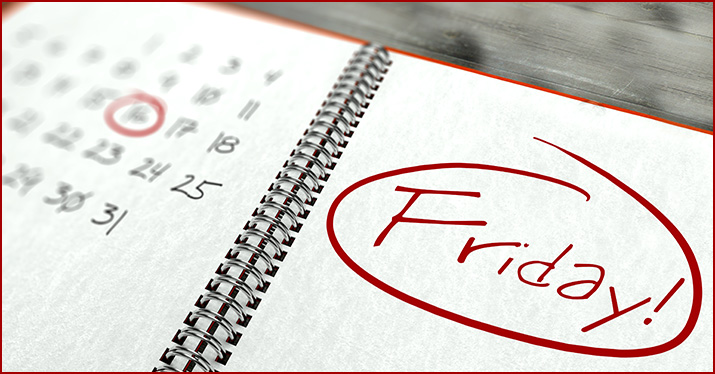 There’s a reason why you should set your music release for a Friday. It’s not just a random day — there’s method behind the madness.

Did you know that every record label launches their new music releases on a Friday? It’s true, and it’s not just a random day they pulled out of a hat. It’s because Billboard tallies its charts for the week starting on a Friday. So, from Friday to Thursday, Billboard counts all the streams, all the plays, and all the sales of downloads and physical product, and that becomes the basis for their top-seller/most-played charts for the week. When you launch on a Friday, you get to use that full week worth of sales and streams.

If, instead, you launch on a Wednesday, you only have Wednesday and Thursday counted in that week’s Billboard chart. So, that is why labels do it — to maximize the opportunity to get charting.

And, by the way, as diffused as the music business is these days, charting on Billboard is not nearly as difficult as it once was, particularly if you’re in a non-mainstream genre like jazz, for example.

How do I release my music on a Friday?

Releasing your music on a Friday is pretty simple. When you go to your distributor, in the distributor dashboard, there is a place where you can set your release date. Make sure you choose a date that falls on a Friday. Of course, if you don’t choose a specific date, you can still release your music, which is what most independent artists do. They don’t choose a date, they just want their music out as fast as possible, and that’s a mistake, because as soon as your distributor has delivered the content to a given streaming partner, it will go live as soon as that partner has processed your content.

As you can imagine, not every streaming service takes the same amount of time from receipt to release, so your big music launch may actually be a slow dribble spread out over a few days. It may go live on Spotify on a Tuesday, on Apple on a Wednesday, and on Amazon on a Thursday. You don’t want that.

That’s why you have to set a fixed date. And even better than selecting the next Friday on the calendar, set your release date some four weeks into the future, because that gives you an opportunity to set up a pre-sale campaign on Bandcamp, who reports to Nielsen Soundscan and to Billboard; on Apple iTunes, which also reports; and you can also set up pre-save campaigns for Spotify, Amazon, and Apple Music, so that on Friday, when your song goes live, it will drop into the playlists of all your fans who have pre-saved it.

That will all add to the tallies and give you an opportunity to chart. It’s always a good idea to plan your release some weeks out into the future. It gives you time to do some pre-release promotion and give you the biggest bang on the day — and during the week — your album or single comes out.