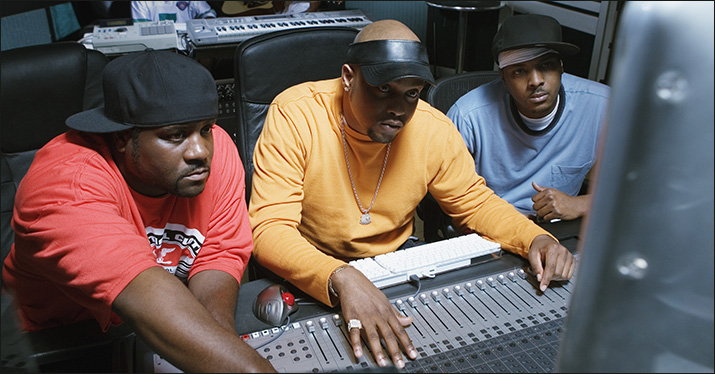 You may have heard the saying, “the producer wants three points,” but do you know what that means? A music producer can be an essential part of the creative process, but make sure you know how the compensation structure works before you start your project.

What are these “points” — and why is the producer getting them?

Let’s start with a little history. A long time ago, a music producer would step into the game after the songs were all written and ready to go. The producer guided the recording process and worked with engineers to set up mics, turn the knobs, and get the recording done.

These days, music producers tend to do much more — especially pop and hip hop producers. Producers might make the beats, coach the artists’ performances, play an instrument, and rearrange entire songs. In fact, many producers are in the room from the start of a project, working the song with the artist from the ground up.

In short, the producer can be a key creative contributor to the recording, and for that, they may deserve some back-end royalties if the recording they produced finds success. These back-end royalties are called points because they are based on a percentage of the royalties earned. Typically, producers earning points is a function of record label deals, but producers can earn points on indie productions as well.

If you want to learn more about copyrights and royalties, click here to get the entire series of blog posts and videos we recently produced on the subject. 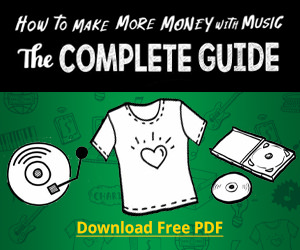 For independent artist deals (either self-released or small indie label), a producer might get between 15–25 percent of net royalties — which usually means the royalties left over after recording costs, producer’s fees, and other third-party production costs like manufacturing and distribution are paid. That producer fee is a flat fee to cover their recording work in addition to any back-end royalties. So, a typical indie deal might be, say, $1,500 to record the songs plus 20 percent of the net royalties.

Now, for major label deals, producers points might range anywhere from 3-7 points. Three points is more typical for newer, developing producers; recognizable names may get 4-5 points; and anything over five is typically reserved for superstar producers.

Producer points and your royalties

Points are simply defined as a percentage of the total royalty for major label deals and they get taken out of the artist’s royalty. So, if an artist gets 18 (percentage) points in a major record deal and the producer gets four points, those get subtracted from the artist’s points and the artist ends up with 14 points.

Now, if you’re wondering what to pay a producer for your next album project, you can usually negotiate the back-end percentage based on the up-front fee. That is to say, if you pay more money up front, you pay a smaller percentage on the back-end.

And if the artist has NO money to pay up front, then it’s more typically a 50/50 split of royalties or sometimes outright ownership for the producer.

Now, these back-end deals are harder to negotiate if you’re an unproven artist or you’re working with a producer who can command a lot of money, but this is the general idea for how these deals work.

If you want more detail on this, our friend Ari Herstand has a great article, “How Do Producer and Songwriter Splits Work,” on his blog Ari’s Take.

Related Posts
What’s the difference between an engineer and a music producer?
Psychology and the music producer
Understanding music rights and royalties
Your copyright and royalty questions answered
Music producer deals [Video]

One thought on “What are music producer points?”