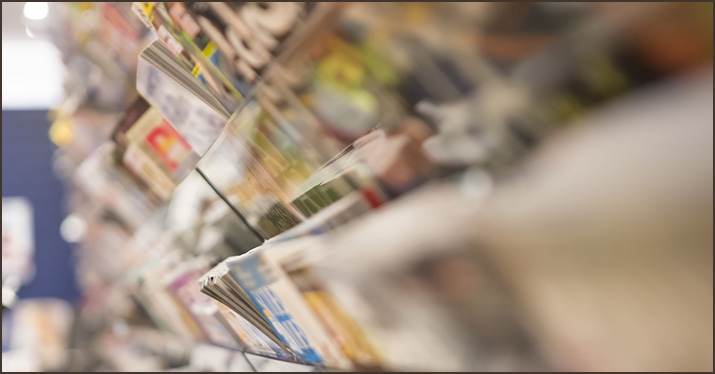 To boost the effectiveness of your marketing, you need to understand the four different types of media channels. In this article, we explain how to make the most of paid and earned media to get the message out about your music.

In part one of this post, we talked about how every marketing campaign starts by putting together your music, your killer shows, and a release calendar. In that post, we covered the difference between promotion and publicity techniques and how to promote using two types of media: owned media and shared media.

In this post, we finish covering how to handle promotion with the more advanced types of media: paid media and earned media. By adapting and tailoring your marketing and promotional messages to each of these different channels, you’ll maximize your effectiveness and grow your audience faster than if you treat them all the same.

Paid media channels, also known as advertising channels, are any places where you can pay to get your marketing message in front of an audience. This can include online ads like Google AdWords and YouTube Ads; web banners; and offline ads, including billboards, magazines, and television.

When smart businesses use paid media, they calculate how much they can make off of potential new customers based on the amount of sales they can get out of each campaign. Once they have this number, they can determine if the cost to obtain a new customer through an advertising campaign is worth what they spend.

That’s possible to do when you have a company that sells products and services, or if you are a major music label, but it’s a real challenge for musicians who don’t know how to determine how much they make from each new fan. Often the answer is “not much,” which is why most musicians skip advertising campaigns, since they rarely pay for themselves.

But, if you’re an established artist with a medium to large fan base, have revenue streams you’re tapping, and are focused on making money rather than just getting fans to listen to your music, you might have the info to justify the cost. Don’t forget, you can try out your ads on the owned and shared media channels you have for free to see if they work before paying anything.

Here are three tips to make the best use of a paid media campaign.

1. Focus the ad on a very clear conversion/call to action. As we talked about in part one, every message should be aimed at getting the reader to take a specific action, called a “conversion.” Since each ad costs you money, if you don’t have a call to action, you’re paying for brand building and name recognition only. The best calls to action focus on income-producing behavior, like selling something (your music or merch), getting a crowdfunding or patronage backer, or buying a ticket to a show. Other common goals include gaining subscribers/followers, getting more listens, increasing views of your media, and growing your fan base.

2. Target your audience carefully. Ad platforms try to target customer segments — groups of people by age, gender, location, areas of interest, etc. To effectively target your ad for those people in the population most likely to be interested in what you’re advertising, you need to know your audience. Spend time researching who your audience is, what they react to, and try out the ad against the group that you are aiming towards. If you don’t know your audience, then try this little trick to get started.

3. Limit the spending in the campaign. Save money by setting up a budget in advance and then stick to it. By clearly setting aside the amount of funds you’re willing to spend on your advertising campaign, you protect your pocketbook. The advertising platforms are masters at asking you for more money and making huge promises in return (they’re good at advertising, after all!). Don’t be distracted by this. Focus your decisions on the metrics you’re tracking and the actual results of the campaign before deciding to increase your spend.

Earned media channels are channels you don’t control. These are the media channels you try to influence by getting mentioned or featured. Examples of earned media include traditional third party press/media like TV, radio, magazines, as well as blogs, video channels, vlogs, streaming video shows, podcasts, music review and discovery sites, social news and entertainment websites, and other websites with an audience. 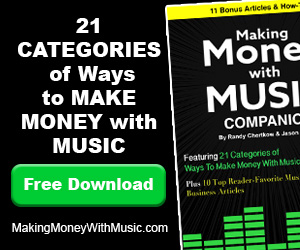 Unlike the other three — owned, shared, and paid media — since you don’t control earned media channels, you can’t directly insert your promotional messages. Instead, you need to rely on publicity techniques where you weave your promotional message and calls to action into the channel. And while we all want to believe journalists, press, podcasters, bloggers, and others in the media are constantly searching the web for the most interesting stories to cover, the truth is, many of the stories they cover are pitched to them by publicists. This world is more art than science and there’s a reason why publicists are paid to navigate it to get coverage.

Getting noticed and publicized requires you to release music regularly, play/stream live, and be easy to contact. There are also techniques within your reach you can employ on a regular basis to make it more likely to get coverage. Plus, you’ll want to be active on your owned and shared media. Post your press/media and background information on the web so it’s readily available and findable by search engines. Make sure that all of it represents you well and intrigues people to write about you while providing them with the facts that will make it easy for them to cover you.

Earned media is also the most personal of the media channels, since your relationships with the press/media and the gatekeepers of these earned media channels can make it much easier to get coverage. Make your message as exciting as possible and reach out to the press/media about it. This is where press releases come into play, but today, they are more often done as videos or brief messages (emails, direct messages, LinkedIn InMail) that lure the gatekeepers to get interested in covering you.

Here are three key points to use the earned media channels to get your promotional message out.

1. Create enticing reasons to cover you, plan ahead using your release calendar, and get your message out early. Because it takes effort to convince earned media gatekeepers to cover you, using good publicity techniques can help. Also, earned media outlets generally need a lead time before covering any event. Because of this, you need to contact them early, well before any key release date, show, or event you’re holding. Fortunately, your release calendar can help you plan when you need to reach out to them. Plus, it creates some urgency for the press/media to check you out since there’s an impending release date to tell their readers or viewers about.

2. Make a press list. Create a press/media list so you know who to target to get coverage. This would include names of journalists, podcasters, bloggers, YouTubers, and other influencers, as well as the outlets themselves (news sites, magazines, video channels, etc.). If you’re not sure where to start, use the technique outlined in our earlier Disc Makers post, “How To Generate Music Marketing, Promotion, And Publicity Opportunities.”

3. Build publicity from coverage within your reach and then ladder up. Although it might seem challenging to start using publicity techniques as part of your marketing campaigns, it’s within your reach, even if you’re just starting out. Your first goal is to get any coverage you can. Start small — target a vlogger, podcaster, blogger, or anyone you or your immediate social network knows who has connections to an outlet. Getting that first bit of coverage is critical. Once you get covered, you can contact others in the press/media and use it as proof that you’ve got something worth checking out. Then, as you get more coverage, reach up to larger and better-known press/media sites.

There’s a lot to this topic of marketing and the four types of media channels, and these tips are only a start. We recommend not tackling all of them at once. It takes time to develop a solid method that works effectively. Try one thing at a time and keep adding to each to see what works. Once you have these few steps covered, you can take your next steps, as outlined in our book, Making Money With Music.

When you use the four types of media effectively, your marketing becomes an engine based on your releases. You will release some content, promote and publicize it, and that will prime your audience and the earned media to be anticipating your next release. With each cycle, you’ll not only release more music into the world, you’ll grow your audience, media coverage, and media contacts as well.