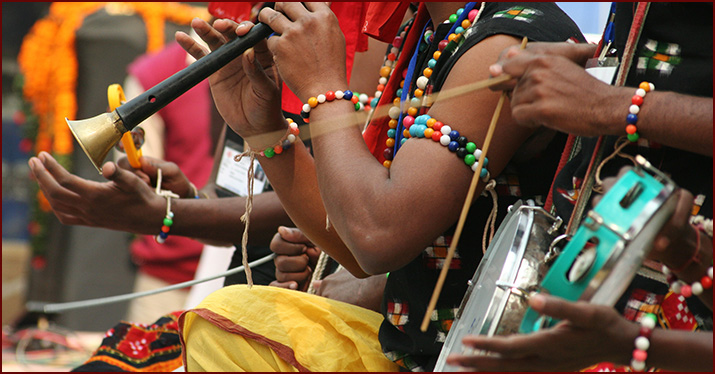 The relationship between math and music extends to many elements of both, and studying one can lead to success in the other. If nothing else, the connection is an interesting one to explore.

Math and music are two entirely different fields of study, but there is a strong correlation between them. At some point, they tend to overlap, and it is common for people good at math to be good at music. It may seem illogical to compare the two, but there are more similarities between math and music than you would imagine and you can use numbers and mathematical principles to teach or learn music.

Numbers can tell us more about music. Sounds weird but it’s true. Music is divided into sections that are called measures, where each measure has equal amounts of beats. This is comparable to mathematical divisions of time.

Now, each piece of music has a time signature which gives its rhythmic information, like how many beats there are in each measure. All the music notes have numerical connections and a number of beats. As a musician, it is important that you understand the value of fractions and notes to count the music correctly.

Whether it is classical, jazz, rock, hip hop, or any other type of music, you can find math’s influence and impact.

The frequency of music is related to math

The famed Pythagoras found out that different weights and vibrations make different sounds. Based on this discovery, we now know that the pitch of a vibrating string is directly proportional to its length. The pitch can also be controlled by its length.

Patterns are common in both

The biggest similarity between math and music is patterns. For example, music has repeating verses and choruses while math uses patterns to explain the unknown.

You can use different mathematical phenomena in music. These include geometry, signal processing, differential calculus, and even trigonometry. In fact, research has shown that when music shows some mathematical structure, it tends to be more popular.

Music helps us study and think

A musician has to continually subdivide the beats to be able to interpret the rhythmic notations. In fact, practicing music, paying attention to details, and the discipline required to learn music can prove to be a strong base for building math skills.

Moreover, research has also shown that children who learn through music retain information better than those who learn just by verbal instructions. Kids can remember concepts or facts better when it is put in a song or rhythm. Any kind of musical element can help you recall important details.

Even playing music while working or studying can create a focused learning state. Classical music such as Carnatic music has the ability to create an atmosphere of focus and concentration.

Carnatic music has a system of ragam, talam, and layam which are fundamentally based on different mathematical rules. For instance, Carnatic music starts with seven swaras, which are nothing but frequency bands.

Now, these seven swaras are subdivided into 13 swara sthana’s. By modulating swaras and swara sthanas, ragas are evolved. To further explore the raga structure, we need to apply the mathematical rules of counts, also known as taals. We use taal to derive the applicable swara sthana within the boundary of the raga bhava.

So, a raga is constructed within the mathematical boundaries and constructed based on understanding different components of Carnatic music like swara stana (frequency band), and mathematical rules of counts associated with it.

Music can be quite helpful in learning mathematics and vice versa. Who knows — by bringing music into your study routine, you can improve your math skills. So, enjoy some music as you study and get better at math at the same time!

Reema Krishnan is a content creator at Acharyanet, a platform for Carnatic music learners where they can learn music from gurus through 400+ video lessons. A music enthusiast and history buff, Krishnan’s content is well-suited to musicians, music lovers, and music learners of all ages and at all stages. She loves to volunteer with music therapy groups and bakes up a storm in her free time.

Related Posts
3 songs that break music theory rules – and are better for it
Music theory can help you write a great chorus
How to improve your live sound with music theory
Music theory and “The Hills,” by The Weeknd
The story of “The Happy Song” (or “The joy of musical manipulation”)