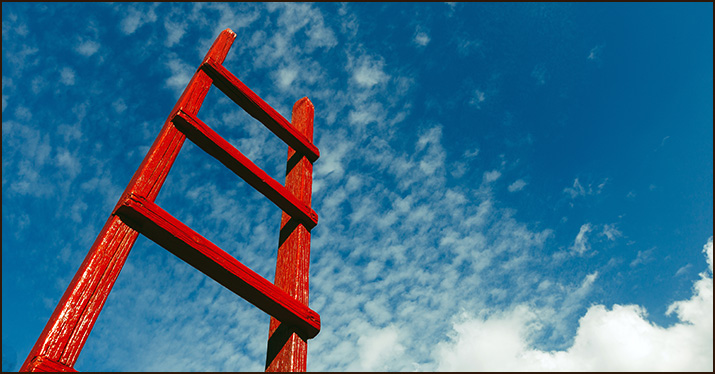 Musician, author, educator, and music industry consultant Bobby Borg talks to Jeff Hirsch, founder and president of The Right Brain Studio and adjunct professor at the University of Southern California’s Annenberg School, about branding and connecting your act and your music to “something bigger.” Excerpted from “Branding For Musicians: Getting People to Care,” this post uses some notable industry examples to bring a focus on what you can do to ladder up and connect to something aspirational.

Bobby Borg: Our topic today is branding and getting people to care. Jeff, thank you very much for coming out. In a class syllabus, you discussed the importance of understanding why people should care about products and services and you stress the importance of creating meaning. For instance, people care about Nike footwear because Nike doesn’t just sell shoes, it sells aspiration. Can you elaborate on the topic of creating meaning?

Jeff Hirsch: Absolutely. First of all, I’m impressed that you read my syllabus, so thank you for doing your homework. One of the first questions — if not the first question I always ask a new client — is, “What do you make?” And, if you’re in the coffee business, you can’t say “coffee.” If you’re in the theme-park business, you can’t say “theme park.” In other words, you can’t talk at all about products or category, you have to “ladder up” to something more aspirational.

So, what’s the bigger idea? I think, in these times, rational benefits mean very little — products are very competitive. There might have been a time in the 1950s where one detergent actually did get your shirts whiter than another detergent, but I don’t think that’s true now, so there has to be some emotional connection to the brand, and that emotion has to be big. So, if you think about any major brand, say Starbucks, what they really sell is community. I mean, they sell coffee, they’re dedicated to coffee, but they’re really selling community. It’s the so-called third place between home and the office. If you think about Disney, a classic example, they don’t make movies or toys or theme parks… they make magic, right? So, you’re always being connected to something bigger. If you mention any well-known brand, any “legendary” brand, you can identify what that is and it’s generally tied to the creation story of the brand.

Bobby Borg: In the music business, a lot of fans really care about Lady Gaga because she sells more than just her music, she sells inclusivity and acceptance to marginalized communities and she has been said to bring people out of the dark and into the light, so to speak. She really believes this and and stands by this to her core, so I assume she is being very authentic about this. Would you see this as an example of creating meaning from the perspective of the music business?

Jeff Hirsch: That creates a lot of meaning and personal connection and a reason to love her that goes beyond the music. It starts with an amazing talent, but what you just talked about, that connection people have to her because she stands for something bigger, along with the talent, could explain why she does so well dancing between genres. She can do almost anything because we give her a license to do it.

Bobby Borg: So let’s continue with a couple more examples. Maybe something that we both share a love for, the Grateful Dead. They didn’t just sell music, they sold kindness, sharing, hopefulness… and we both share the love of a book called Everything I Know About Business I Learned from the Grateful Dead. So, would this be another example in music of how someone created a lot of meaning behind what they stood for, and that got fans fired up and made them feel part of the community and family?

Jeff Hirsch: It’s a great example and I teach that book in my branding course. One thing you understand when you read that book is that they did a lot of things by accident. They didn’t get together 40 years ago and say, “We’re gonna build this great brand and it’s gonna contain these components.” They just they did what was important to them, and one thing that was really important to them was their audience and that’s why they were pioneers in developing great sound for arenas as they broke out of smaller venues. You know, going from three- to four-thousand seat venues like the Fillmore East and the Capital Theater in Port Chester to playing the Nassau Coliseum and Madison Square Garden, it was really important to them that the person in the back row heard them as well as the person in the middle or the front. That meant something to the audience. And they didn’t want people scalping their tickets, so they took over ticket sales.

The big thing they did — and this this was viral marketing before there was viral marketing — was they allowed people to tape their shows and share those tapes. And the record company went crazy, right? I mean, that was a pirating, it was bootlegging, it was bad. But they understood that what they sold was something — they weren’t selling records, they didn’t make great records — they were about an experience, a great shared experience that was fueled by drugs and camaraderie and people following them from one place to another and that’s what they captured and that’s what they stood for. It became something much bigger.

Related Posts
You need a music marketing plan
The risks and rewards of social advocacy in music
Create an exclusive club of fan-brand evangelists
10 ways to generate publicity as a musician
Define your persona, find your voice, and build your artist brand