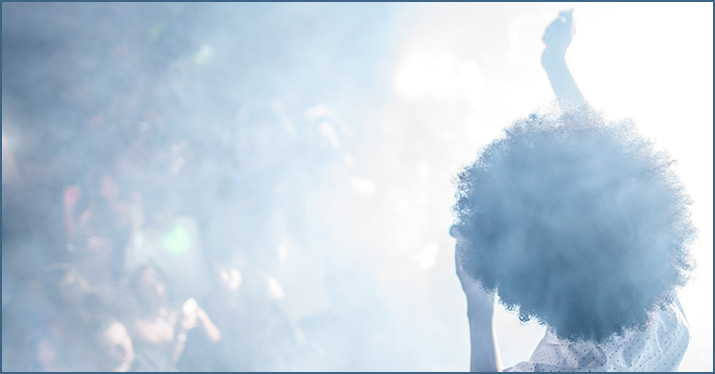 Musician, author, educator, and music industry consultant Bobby Borg talks to Dr. Daniella Baroffio, the department head of digital social media at USC Annenberg, about how social causes and social advocacy can be made more effective when combined with music. Excerpted from “Music and Social Causes: Protest Through Music,” this post and video highlight the need for authenticity in your musical career.

Bobby Borg: The topic for my discussion today is social causes and music and I’ve got Dr. Daniella Baroffio with me. She’s an expert in gender communications and the department head of digital social media at USC Annenberg and an expert in the political economy of the entertainment industry.

Social causes are extremely important because they get people talking. They can build awareness and eventually it leads to action. Musicians getting involved in social causes is something that’s been happening for a very long time, but it raises important questions, including when to get involved. What I’m interested in speaking about to start with is authenticity. You don’t want to be an artist who looks like you’re just jumping on the “Go green” bandwagon — or any other cause — to get attention. That just looks phony.

Dr. Daniella Baroffio: Yes, authenticity really speaks to the power of the audience and the fans. They have to believe you. So that means, as an artist, you want to be in touch with your audience. You want to make sure you’ve got a sense of how they see you. This is where social media plays a key role. We’ve seen artists taking on a vocal stance on Twitter and and other platforms. You’re social advocacy cannot just come out of the blue, in part because audiences today are much more sophisticated and they are not going to blindly believe everything just because it sounds good.

Bobby Borg: A lot of times, when I bring this up to musicians, that fans seem to be drawn to artists who stand for something, or customers want to do business with corporations that stand for something, a lot of times its leaves musicians thinking, “Well, what do I stand for?” So, can this be something that somebody researches and discovers, “Wow, this is important to me,” or does it have to be something innate that they’ve been burning to talk about for their whole life?

Dr. Daniella Baroffio: I think it’s a wonderful question because it speaks to an opportunity for artists, given this investment by audiences to want to have something that is real. And you’re right, we see this with corporations as well. If you’re not born with a calling, it can still be an opportunity to self-investigate. Now, it has to be authentic, not all of us have that political drive, but if you have a sense for sort of the innovative pull that’s happening in today’s culture, you can see why so many musicians choose to take a stand. You are naturally cultivating an audience that is angry or passionate or has the desire to change things, so yeah, you might find yourself a fish out of water if you don’t have something of your own to stand for. Now, there’s no shame if you don’t, but this is where, if it’s not something you were inherently born with, you can look around see, “Where do I fit?” And not because you want to “buy eyeballs,” but because this is one way in which, today, music matters — more than ever.

Bobby Borg: And this isn’t like you’re making a declaration that, “Now, for the rest of my career, I have to talk about the environment.” It can evolve from record to record or year to year or cause to cause.

Dr. Daniella Baroffio: Absolutely, we’ve seen this with with movie celebrities and others, there’s a constant stream of different issues. You sort of become a representative or the voice of your audience. You’re not bound or stuck, but you have a responsibility to be honest and authentic.

Bobby Borg: So, there are upsides to being politically and socially vocal and there’s also the downsides to this — there are risks involved. Sometimes, by taking a firm stance in something, you might unite some, but you might lose others. In some extreme cases — we saw the Dixie Chicks getting up on stage and make political comments that didn’t really go so well, especially in the geographic region in which they were making them — but they got banned from the radio and for many years they were pretty much exiled. So, let’s talk about the the risks of social advocacy, because sometimes when people do stand for something it ends up alienating others.

Dr. Daniella Baroffio: Well, I’m gonna simplify this, but there is the Dixie Chicks instance where they called out George W. Bush — and all they said was, basically, “Sorry we’re from Texas” — and that was it. They were silenced, for years. And then you’ve got the artist who stands for something that may not be popular to all, and that’s the risk, but it’s also part of why music moves people and why, I presume, you are in music and why you are speaking out — whether it’s through your lyrics or your songs or the sound you’ve chosen. So there’s a risk where, the backlash comes — and this is what the Dixie Chicks faced — from a culture of, “Wait, you’re a celebrity, you’re musician, don’t speak to politics, don’t be political, you can’t be both.” Well, obviously you can be, and we can censor you when you choose to be political. So this was about audiences and a market that did not know how to deal with celebrities speaking out and being political. That has shifted, with social media and the celebrities backing particular political candidates. We started to see a greater appreciation and understanding for, “Okay, you’re a celebrity, but you still get to speak.” At that point, if you want to be a celebrity or musician or an artist who has a voice, you have to be willing to lose some some of your base if they’re not agreeing with you. But, if you stick to that, then you’ll find more growing voices that will join. It’s worth it. It’s music. Music changes things.

Bobby Borg: Why does music work so well with the promotion of social causes? Is it image transfer? Is it the emotion that’s evoked with music?

Dr. Daniella Baroffio: I think what’s incredibly unique about music is it’s a common language. In Latin they refer to it as a lingua franca, it’s a common language and therefore it can unite. It also means that the barriers for understanding are lower. I don’t have to decode your language or your words. If I don’t understand the lyrics, I can still be taken in by the beat by the tone and, therefore, I think if you have a culture that is willing to be mobilized, music becomes that space that can be the trigger for greater mobilization, especially when you’re trying to push back against the status quo, which is really what social change is about. Music can also be used for power purposes. One of the reasons why, at the beginning of any sporting event in the United States, you hear the national anthem, and it’s presented not in words, but in song. It’s because the passion of what you’re hearing, combined with the auditory sounds, it silences you, it forces you to stop and think, it can even be a space for critical thinking. It’s precisely part of this way of manifesting the idea that, “Hey, we all are one.” Music is is revolutionary. We’ve seen in this country in ’60s and the ’80s. We’ve seen it in hip hop and rap.

Bobby Borg: Thanks, I could not have said it better.

Related Posts
The Star-Spangled Banner: how to sing it right
To network effectively, become a great listener
Music producer deals
How to promote on social media when you have zero followers
Being an authentic artist — Jason Wilkes’ journey to find himself