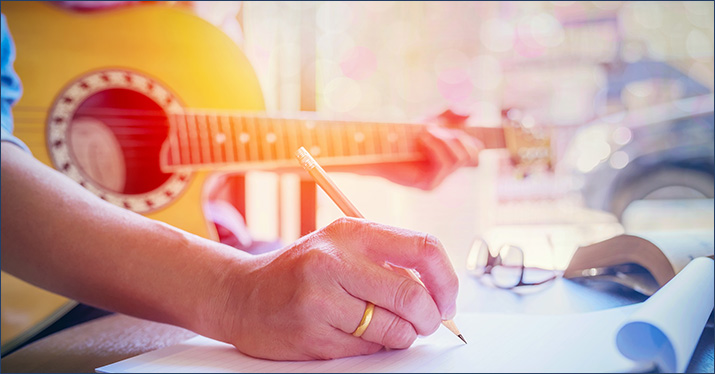 At a recent “Play For a Publisher” event, Brent Baxter and Johnny Dwinell hosted Stacey Willbur, VP of Publishing and A&R for Full Circle Music. Ms. Willbur shared her feedback about the 10 songs that were selected to be showcased, and the boys broke down some of her “knowledge bombs” on Episode 203 of the CLIMB podcast: “The Dos and Don’ts of Songwriting From A Hit Music Publisher.” Read the highlights and listen to the episode for more insight into what song publishers are looking for.

DO: Write a cool opening line

DON’T: Make your chorus melody too much like your verse melody

You want your chorus to lift the song, melodically, from where your verses are. Lyrically too, but mostly melodically. In critiquing one song, Stacey said, “If I wasn’t looking at the lyrics, I wouldn’t have known if we were still on the verse or in the chorus.” It needs to be clear, your chorus needs to announce itself. That’s something I’ve noticed myself, when a writer’s verse melody and chorus melody are sitting in the same pocket. There has to be a lift.

On one song in particular, Stacey perked up, saying, “That’s a song title I haven’t heard before.” We tend to hear the same titles over and over and over… here’s another song titled, “I Love You.” I can say for all of the songs I’ve placed, they had titles I hadn’t heard before, like “Monday Morning Church.” Now, correlation is not causation, but it has to mean something. I call it “winning before you’re spinning.” Sometimes folks in the industry will hear your title before they hear your song, and it can get you winning before you’re spinning if it’s a title that catches their attention, because they’re like, “Ooh, what’s this going to be about? I haven’t heard a thousand of those already.”

DON’T: Be afraid to rewrite

So many great songs come from rewrites. There’s no shame in it — it’s what the pros do. I mean, what’s the worst thing that happens with a rewrite? You find out you like the first one better? Or the first one is better? Sometimes, especially in the beginning, we get emotionally attached to something we’ve written, but there’s no harm in writing more than what you need and then picking the best of the best when you’re putting it together. Don’t be afraid to go back in there and dig deeper. Don’t be scared, and don’t be stubborn. Don’t be so precious about your songs. You gotta keep raising the bar. I know your songs are your babies, but I still take my baby to the doctor when he’s sick. You don’t just have a baby and say, “Done! There you go world!”

DO: Polish your chorus

Polished, singable choruses are so valuable. Stacey remarked on several songs how it was so great to hear a catchy chorus that got burned into her brain after just one listen. It’s so important to have that. There were some songs where she wanted some editing done to the chorus, she was like, “there’s a lot going on in that chorus,” which makes it less memorable and less singable. So she encouraged some of the writers to boil their choruses down to make their songs more concentrated. I’ve noticed that with some of my songs. When I woodshed and work on lyrical content, like I got this idea and it could be a chorus and I find I overbuild it. And then I’m like, “you know what, that’s kind of wordy for a chorus, maybe that’s just a killer verse. But I’m learning, because I keep doing it. Let’s get that chorus as simple and singable as we can and put most of the content in the verses.

In a lot of the songs, Stacey mentioned how the lyric had a lot going on. It might have been a lot of story, or just a bunch of images and pictures, or just a lot of words. So first of all, get to your chorus quickly, so it might have also been that it took too long to get to the chorus. But also, if you have a lot going on in your verses, simplify your chorus. If there’s a lot of meat in your verses, let’s get to some spirit in the choruses. Give the listener some relief, longer notes, shorter phrases. It can work the other way too, with a sparse verse and busier chorus, but a little push and pull between your verses and choruses is a good thing.

There’s plenty more to hear… listen to the entire podcast.

The CLIMB is a podcast produced by Brent Baxter (award-winning hit songwriter with cuts by Alan Jackson, Randy Travis, Lady Antebellum, Joe Nichols, and more) and Johnny Dwinell (owner of Daredevil Production) that’s dedicated to helping singers, songwriters, and artists like you create leverage in the music business because that’s what you’re gonna need. You’re gonna need some leverage, you’re gonna need an audience, and you’re gonna need a reason for people to stand up and salute you. It’s not just about your talent – you’ve got to bring the business, and that’s why we call it The CLIMB, it’s an acronym that stands for “creating leverage in the music business.”

Related Posts
Songwriting advice: Cry when you write, dance when you produce
Seven Things Every Lyricist Should Know
Stop saying your songs are “great”
The story of “The Happy Song” (or “The joy of musical manipulation”)
Songwriting tips from the Beatles’ “Help!”

22 thoughts on “Songwriting Dos and Don’ts”