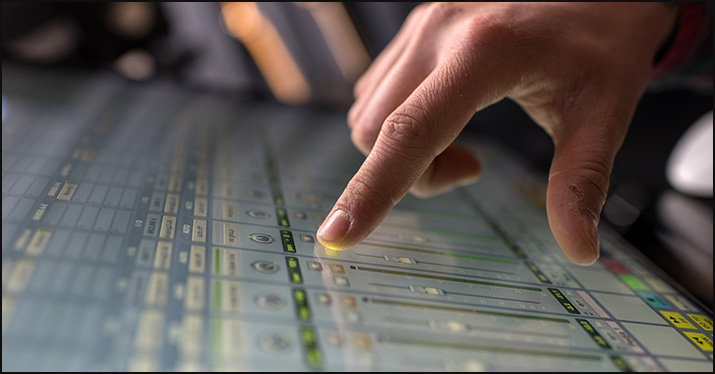 We hear from consummate indie artist Jim Infantino to get some real-world advice about cultivating relationships, merch and physical product, and being creative with how you survive as a musician in the 21st century.

It’s never been easy relying on the arts to make a living. Whether you’re a musician, painter, poet, playwright, or filmmaker, the path to success is usually marked with the rubble of past failures. Although the Internet has created opportunities to directly engage with your fan base and distribute music, it has also created a fiercely competitive and crowded environment in which getting noticed and getting paid for your efforts can consume all your time and energy.

Despite this, musicians have been resilient and resourceful, embracing new forms of distribution and music creation, discovering new ways to grow audiences, and finding new avenues to monetize their creative efforts. Keeping a measure of balance between the creative, promotional, and business sides of the music industry maps a course that can keep you both solvent and creatively fulfilled.

Jim Infantino is the founder and frontman of Jim’s Big Ego, a Boston-based band with a healthy fan base and a broad catalog of songs and albums that span a surprising range of musical styles. With songs that can skew from playful to sardonic between two chicks of a hi-hat, Jim bills his band as “the greatest band in the history of recorded music,” and, sure enough, if you search that phrase, you’ll find Jim’s Big Ego up at the top of the list.

I asked Jim what advice he would give to his younger self if he were able to slip back in time and communicate what he has learned about being a successful musician in the 21st century. “I would tell myself to focus on listeners rather than sales,” said Jim. “Make the best music you can and get it into the ears of people who like the sort of thing you are creating. With 10x, 100x, 1,000x listeners, everything else becomes possible.”

Infantino was in his 30s in the mid ’90s, the dawning of the digital age but before social media had become prevalent. “I would have advised myself back then not to sign any contracts with organizations promising distribution,” Jim continued. “The value offered by the traditional record deal was about to diminish precipitously. The restrictions in the ‘standard contract’ became a hindrance to an artist ready to transition to the digital music age.”

At the time, Napster was ushering in a model that would ultimately take the music world by storm, giving musicians the ability to connect with a massive community of listeners who actively sought out obscure bands. Suddenly, the chances of discovery for musicians skyrocketed. “It was mix-tape swapping times infinity. This seemed threatening at first because we were all afraid of losing control of our mechanicals. Looking back, I would tell my 30-something self that that control was as good as gone the minute the first mp3s were ripped. Get on the ride and get new listeners. I would tell me that this was the new indie radio.”

Do the math before you tour

Most working musicians have given up on the pre-digital era model of landing a record contract and embarking on a glamorous worldwide tour. And, when you look behind the curtain, touring is not so pretty in real-world terms. An article in The Guardian paints a dark picture of the reality of touring: a pastiche of endless hours in vans and hotel rooms or trapped inside a howling metal tube 40,000 feet in the air. The article quotes Grammy-nominated producer Mat Zo (Matan Zohar) on the trials of touring, “It’s easy to let your mind and body slip into decay, even for a person with a healthy emotional state. For those with anxiety, hotel rooms are like prison cells.”

Thinking about his past touring experiences, Infantino advises musicians to do the math up front. “By the end of the ’90s, when I was playing in a band, the realities of touring struck home. It costs $500–1,000 every day you are on the road. Over the next decade, the product we were selling to fund our tours would fall in value from $15 a unit to less than half that.”

In the current tumultuous music world, the importance of establishing and maintaining an active and loyal fan base is vital. “Real fans will keep paying to support you because they love you, but they can always get the music for free. Find ways to get the fans to buy into your ventures, either by a membership fan club with perks or other methods of monetizing fan loyalty I have yet to think of.”

Jim also had another bit of advice to offer his 30-something self. “I would tell myself to get serious about my mailing list and start reaching people by email. I was already doing this, but I didn’t pursue it aggressively enough. The important thing to a music artist has rapidly become the ability to communicate directly with their listeners.”

In 2000, Jim’s band was contacted by Art Silverman from All Things Considered. Silverman was interested in following a song from composition all the way through the creation of an animated video. He interviewed the band members and then recorded the song Jim had composed for the project. Many hours of work creating animation to accompany the song followed, and this creative process became an integral part of the piece.

“The song we came up with was called ‘Little Miss Communication‘ and it’s still in our repertoire. The All Things Considered segment ended with Art interviewing a student at St. John’s College as she loaded up the video in her browser and watched it, giving her reactions. It was a thrilling project to be part of and I was excited to be part of a professional narration about the changing landscape of music production.”

Despite what Jim has said about the decline of prices physical product can command at shows, selling product is still a reliable way to grow revenue. As he noted, “People like to buy t-shirts and our fans still buy CDs. I was recently given a CD from a fellow artist and I realized with a shock that I didn’t have anything I could play it with or even rip it to my computer. I’ve fixed that with a purchase of a DVD/CD USB unit for my Mac and a CD player for home. While I was driving around one day, I noticed that little slot for CDs right there in the dashboard. We sell a small volume of vinyl, pressed for those people who have turntables.”

Jim has recently written a science-fiction novel and sells his book at performances. He sometimes will do a short reading with the band playing behind him. “It’s an odd way to do a book tour,” he admits, “but I’ll take it.”

In short, the takeaways from Jim are: learn your craft and make the best music you can, cultivate a relationship with your fans, merch and physical product earn you revenue, and be creative with how you produce and promote your art in the digital age — you can even write a book and sell it from the stage!

For more on Jim Infantino’s creative endeavors, in and out of music, visit jiminfantino.com.

Lee Purcell started out doing technical writing in the heyday of Silicon Valley innovation and ended up in a small town in Vermont, telecommuting, surrounded by 200-year old white pines. More about his technical endeavors can be discovered at lee-purcell.com.