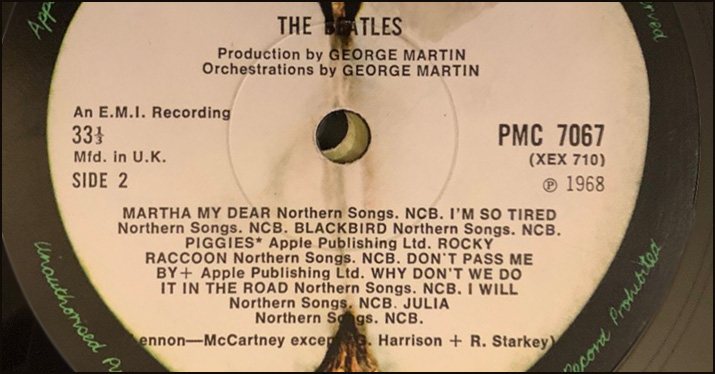 Perfecting your song order when you sequence an album can mean the difference between a great artistic statement and a nice mixtape.

Record albums. Even in this age of streaming, albums aren’t going away any time soon. Why? Song sequencing. Compare the experience of listening to a great album as opposed to a greatest-hits compilation. Although a greatest-hits compilation is, by definition, packed with hits, a great album, thanks to sequencing, tells a story. When an album is sequenced well, the songs flow together in a way that make all the songs feel necessary, with each song building on the one that came before it and enhancing the one that comes next. With that goal in mind, here are some tips on how to sequence your songs to create your best possible album.

If you are planning to release an album’s worth of material, your best bet is to figure out your sequencing ahead of time — meaning, before you record your songs. Now, everyone doesn’t have this luxury. Sometimes you record songs as they are written or whenever you get the chance and you decide to compile an album only when you have an album’s worth of songs already recorded. That’s fine. And these tips will help you figure out how to best arrange those songs. But if you do have the luxury, figuring out your sequencing before recording can make your album even stronger because you can change your songs to flow together better. Sometimes that means changing one song’s key so it’s not too distant from the song before it, sometimes that means adding an intro or outro that will better connect your songs.

Step #2: Lead with your hit

Whether you are planning your song sequence ahead of time or only after all your songs are recorded, you should know that you need to start off with your best song. Everyone knows this, and yet so many up-and-coming artists ignore it.

Look, unless you’re a well-established artist, you need to let listeners know straightaway why you are worth listening to. Don’t start with a skit. Don’t start with that cool, arty track you love but no one else seems to because you want to “set the mood.” Hit ‘em with your best shot, right off the bat. People aren’t going to get to track number two if they’re not wowed by track number one. If your objection to this is: “Hey, you just told us that a great album tells a story, but my best song isn’t the best way to begin that story,” yeah, I feel you, but here’s where you make an exception.

Step #3: Plan to build from there

Look to your favorite albums for inspiration. Marvin Gaye’s What’s Going On offers up a great lesson in how to sequence an album. Gaye recorded the title track to be released as a single. Berry Gordy hated it and refused to release it. Long story short: it was finally released and became a big hit and Gordy told Gaye to record an album building off that song’s success. And so he did.

Track one: “What’s Going On.” Gaye leads with his hit. Track two: “What’s Happening Brother.” This song has the same vibe as the title track, but it’s in a different key. No problem, they recorded an intro that begins in the same key as the hit and modulates up to the second song’s key. Same groove, different key.

Typically, track three is where albums slow down, and What’s Going On is no exception: track three is the ballad “Flying High (In the Friendly Sky).” That doesn’t mean you have to do the same. Your best track might be a ballad and that might be how your album starts off. But the key is, you want to introduce variety early on so people don’t get bored.

The Beatles (AKA the “White Album”) offers up a good example of how variety can keep things interesting. Side one careens all over the place, from hard rockers like “Back in the U.S.S.R.” to ballads (“Dear Prudence”) to whatever the hell “Wild Honey Pie” is. And even though “Wild Honey Pie” isn’t ever going to top anyone’s list of their favorite Beatles songs, the flow from “Ob-La-Di Ob-La-Da” to “Wild Honey Pie” to “The Continuing Story of Bungalow Bill” is so weird and quirky, it works in a way that’s hard to put your finger on. It also serves to let the listener know they can expect the unexpected. (Crucially, experimental or playful songs like “Wild Honey Pie,” “Why Don’t We Do it in the Road?” et. al., don’t overstay their welcome.)

Alien Lanes by Guided By Voices and Life of Pablo by Kanye West are other master classes in sequencing, offering up similar mixes of “regular” songs and more experimental tracks.

Not only do you want variety from song to song, you also want to vary up the way your songs segue into each other. Sometimes you want songs to fade out, followed by a few seconds of silence before the next track starts. This is especially good if the song in question is powerful, so listeners will have a chance to digest it all before the next song begins. Other times, you’ll want one song to flow into the next, or perhaps have a song brashly cut to the next one, startling the listener.

Again, the White Album offers up a nice mix of segues. “Back in the U.S.S.R.” cross fades into “Dear Prudence.” “The Continuing Story of Bungalow Bill” ends abruptly, cutting straight into “While My Guitar Gently Weeps.” The variety of songs and segues keep the listener engaged.

(By the way, in order to get these segues just right, you’ll want to hire a mastering engineer who will have the tools and experience to handle fades, cross fades, and everything else you need.)

Step #6: Break your album into chapters

Listeners need a break in the action, otherwise they get overwhelmed. Albums used to have two sides, so artists were forced into telling a story in two, roughly 20-minute chapters (or four chapters for double albums). Today you have the ability to break your album into as many chapters as you want, and keeping them to 20 minutes or less is good practice. To create a suite or chapter, simply have the last song in that chapter fade out or include a grand finale of sorts, then include a few extra seconds of silence before beginning the next.

Smile, by Brian Wilson, is nice example of an album that is broken up into three chapters. The songs within each chapter flow directly into each other, but then there is a definite sense of closure to each suite.

Finding the perfect way to close out your album is as important as it is difficult. I would say “go out with a bang,” but sometimes the best albums close with slow songs that offer up the perfect coda (e.g. Joni Mitchell’s “The Last Time I Saw Richard” from Blue and the White Album’s “Good Night”) or break down into chaos (Liz Phair’s “Strange Loop” from Exile In Guyville).

Want to add cohesion and bring your album full-circle? End with a reprise of your first song, either as a stand-alone track (“Pigs on the Wing” from Pink Floyd’s Animals) or at the end of another song, à la What’s Going On’s “Inner City Blues (Make Me Wanna Holler)” and “Soldier” from Spirit’s underrated masterpiece, Twelve Dreams of Dr. Sardonicus.

Or, maybe you’ll want to go out with a ferocious epic, like Sonic Youth so often does (e.g. Washing Machine, Murray St., Daydream Nation, EVOL).

What are some albums you think are perfectly sequenced?

Related Posts
“Good Vibrations” and Smile: A complex album built on a song
Some things I wish I’d known before making an album
Choose the right key for your songs
Subverting song structures: Roy Orbison and Kendrick Lamar
The glorious, inspirational mess that is Guided By Voices

25 thoughts on “How to sequence an album for best results”