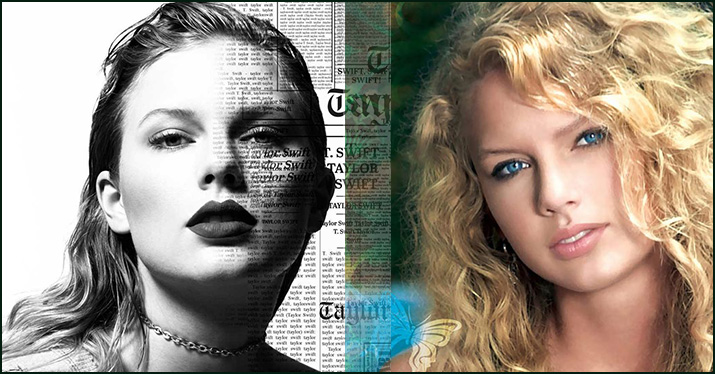 Taylor Swift’s latest industry tussle raises lots of questions for music artists. Who’s right, who’s wrong, and most importantly, what can you learn so you can avoid having to fight for your master rights?

It’s been announced recently that the American Music Awards will be honoring me with the Artist of the Decade Award at this year’s ceremony. I’ve been planning to perform a medley of my hits throughout the decade on the show. Scott Borchetta and Scooter Braun have now said that I’m not allowed to perform my old songs on television because they claim that would be re-recording my music before I’m allowed to next year. Additionally … Netflix has created a documentary about my life for the past few years. Scott and Scooter have declined the use of my older music or performance footage for this project, even though there is no mention of either of them or Big Machine Records anywhere in the film.

This caused Twitter to melt down. Commenters fell into two camps, with team #IStandWithTaylor expressing a version of “How dare Scott and Scooter deny Taylor from singing her own songs!” and #TeamScooter saying, essentially, “You sold your music. Them’s the breaks.” Justin Bieber, who is managed by Braun, took Braun’s side, tweeting, “I’m sure Scooter and I would love to talk to you and resolve any conflict, pain or any feelings that need to be addressed.” Braun, meanwhile, called the whole thing a miscommunication and said Swift has always been allowed to perform her songs. He’s even claimed his family has received death threats since Swift’s tweet.

Taylor Swift and her master rights: a history

In 2005, Swift signed with Scott Borchetta’s Big Machine Records when she was just 15. “Signed” is the key word in that sentence — she signed a contract with the label and that contract is at the heart of the dispute.

Per that contract, Swift received an advance and a percentage of her royalties. In exchange, she signed away the rights to her masters, which means she granted Big Machine Records the exclusive right to exploit her recordings. That exploitation includes music sales as well as the ability to license those sound recordings in movies, TV, ads, video games, etc. In short, Swift got lots of cash and the record label owns her recordings.

This situation is not unique to Taylor Swift. That’s been the standard record label deal for decades. After all, record labels invest a lot of money recording and promoting their artists, so in exchange for laying out all that cash and taking a big investment risk, they get to try to make as much money as possible from the recordings. In Big Machine’s case, Borchetta was taking a big chance in signing an unproven 15-year-old singer-songwriter.

Let’s take a second to make one distinction. There are two kinds of music rights: master rights (the sound recordings) and publishing rights (the ownership of composition’s copyright). Swift’s label owns the master rights, not the publishing rights. Writers (generally) keep ownership of publishing songs, which gives them control over how their music is used. A TV or movie producer needs both a synchronization license from the copyright owner as well as master rights from the label in order to use a recording in a film, show, trailer, etc. So, if the label wants to license an artist’s music in a way the artist is not comfortable with, they can say no. (An example of this: Swift removed her music from Spotify in 2014 as a way of protesting against the service.)

So, Swift owns — and has always owned — her songs’ copyrights, but she doesn’t own the sound recordings.

In many cases, artists have ways for them to acquire their master rights written into their contracts. There is either a time limit, after which rights automatically revert back to the artist, or, more commonly, the artist is given an opportunity to buy back his/her masters. Jay-Z and Rihanna were able to. The problem is, some artists’ catalogs are so valuable, the artists themselves can’t afford to buy them. Swift’s catalog is valued at about $300 million.

When Swift was nearing the end of her six-album contract with Big Machine, the artist and label explored ways in which she might remain at the label, and the big sticking point was how Swift would be able to regain control over her master rights. What happened next is a bit unclear since both sides have offered differing versions. Swift claims she was allowed to get control of one album for every new album she agreed to make. Borchetta released a very different version on his website, including screenshots of the proposal.

At any rate, Swift and Borchetta were unable to come to terms and Swift left Big Machine Records when her contract was up. She signed with Universal Music Group’s imprint, Republic Records, and made sure to gain control of all her future master rights, beginning with her latest album, Lover.

Soon after Swift announced her signing with Republic, Borchetta announced the sale of Big Machine Records to Scooter Braun’s Ithaca Holdings LLC. When this merger happened, in June of 2019, Swift announced her displeasure at the deal. (She has never cared for Braun, who was Kanye’s manager during the 2009 MTV/VMA dust-up, and is displeased that he now controls her masters.)

Singer Kelly Clarkson suggested that Swift simply re-record her old music and create new masters that she would own. As weird as this may sound, it’s not a new idea. In 1999, Prince, who was at the time fighting with his label over ownership of his masters and even went so far as to rebrand himself as The Artist Formerly Known as Prince, said he would do the same thing. Although Prince never did re-record his old albums, he did finally gain control of his masters in 2014, two years before his death. Swift has announced that she will start re-recording her old albums in 2020. Other artists have done this, including pop singer JoJo, who re-recorded her first two albums just last year.

So who’s right and who’s wrong?

It’s a bit tricky to answer that question, because Swift and Borchetta have different versions of how the various deals went down.

On the one hand, Swift signed a contract. Yes, she was 15, but she had her parents and lawyers on hand to negotiate the deal. (Swift’s father wound up negotiating a three percent ownership in the record label.) She and her family knew, in theory, what they were signing away, even if they couldn’t have known that Swift’s catalog would one day be worth over $300 million.

On the other hand, Swift is stuck in the unenviable position of not having a way to regain control of her music. Yes, she had a chance to acquire it, but she chose not to. We don’t know the specifics, but it’s possible that the deal she was offered would have truly been bad for her. And this lack of control put Miss Americana, a documentary film about Swift, in jeopardy. Whatever side of the feud you align with, not being able to use your own music in a film about your life seems pretty unjust.

It appears Big Machine has granted permission for Swift’s music to be used in the film, and she was allowed to perform at the AMAs, which is sensible, as Swift and Big Machine/Ithaca’s feud is self-defeating. After all, they both stand to make money the more Swift’s music is licensed.

What can we learn from all of this?

First of all, you don’t have to sign with a record label! Companies like Disc Makers exist! You can remain independent and distribute your music to the world and retain 100 percent control over your publishing and master rights. Problem solved!

Of course, there is the financial and promotional security that comes with signing with a record label. After all, it’s hard for indie artists to get their music heard. Would Taylor Swift be the music icon multi-millionaire she is today without having signed that exact deal 15 years ago? Who can say? But if you are given the chance to sign with a record label, you can make sure the contract allows you to either maintain control over your master rights or allows those rights to automatically revert to you after a specified period of time. If you think such contracts don’t exist, they do. AWAL is just one example of a distributor and label that allows artists to keep all their rights.

If you are given a contract that requires you to give up your master rights, it’s not the end of the world, but you have to understand what you are giving up. Perhaps you are comfortable with that. Remember, even though she doesn’t own her master rights, Swift is still earning money every time those rights are exploited.

So, at the end of the day, know what you are getting yourself into. Here’s a great resource for understanding recording contract terminology. And for the love of pickles and beets, be sure to hire a lawyer before you sign anything!

Related Posts
Retaining your master rights is smart business
Copyright termination: McCartney, Duran Duran, and the YMCA.
How Stephen Stills turned an unreleased leftover into the smash hit “Southern Cross”
Five qualities to look for in an entertainment attorney
Getting the most from your entertainment attorney

11 thoughts on “What can you learn from Taylor Swift’s master rights predicament?”