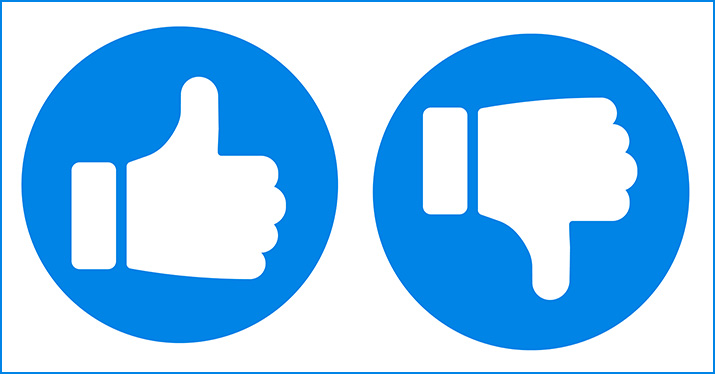 Johnny Dwinell and Brent Baxter dig into the pitfalls of social media marketing and not owning your fans’ contact info. The takeaway? You should have alternate and viable means to stay connected and communicate with your fans outside of Facebook. This post is excerpted from The CLIMB — a podcast produced by Dwinell and Baxter dedicated to helping singers, songwriters, and artists create leverage in the music business. This content is sourced from Episode #178, “Will You Let Facebook KILL Your Career?”

Brent Baxter: I don’t know how I got into Facebook prison. I have some guesses, but I was going about my business like I have for a while and all of a sudden, earlier this week, I was like, “Hmm, I can’t post anything.” Then I could post on my personal page but not in my groups that I admin and started.

Johnny Dwinell: It happened to me too for posting some vintage photos of Frank Sinatra and maybe a bit of the Rat Pack was in there — by the way, photos that were already on another group on Facebook — and for whatever reason it triggered the algorithm that this was against their policies and I got put in Facebook jail. I wasn’t able to post.

Brent Baxter: I have a Facebook profile that I use for work, my songwriting page, then I have another one for my family that’s a personal page and I’m hardly ever on that. It’s my work profile they’ve got in prison, and I’m not posting religious stuff on there or political stuff, I’m all about the songwriting. I think it’s that they didn’t like that I shared a Facebook Live video — that I made on Facebook. Maybe that’s what triggered it?

Johnny Dwinell: It could have been so many things. No one knows the algorithms, and even if you did, they’re always changing.

Brent Baxter: Now, I’m a songwriter, and Facebook isn’t going to prevent me from getting a song to whoever I need to get it to. But another part of my business is doing workshops and coaching and helping songwriters. So the danger for you, and the reason we’re talking about this is, if Facebook is your only avenue for reaching your listeners and you get into Facebook jail for something that is just completely ridiculous or you make a mistake — whatever it is — what if you can’t communicate to your listeners? What if you have to cancel a show in Des Moines and you want to let your fans know, but you can’t get to them? What are you going to do?

Johnny Dwinell: I want to go back and say that if you’re a songwriter, it could matter. What if you’re developing a relationship with other songwriters but you don’t have their cellphone numbers, you don’t know how to get in touch with them other than Messenger. If you’re banned from Facebook or you’re suspended or in jail — and this is true for Twitter and Instagram or YouTube — all of these are platforms that are not owned by you. You don’t have a right to be on them.

Brent Baxter: There was a co-write I had last week, with another pro, but I didn’t have his phone number or his email, we set everything up over Messenger. I have his info now, but what would have happened if I needed to reach him to confirm the time and location or if he reached out to let me know he was going to be late? I’d end up looking unprofessional. And I have the Frettie community. Subscribers of Frettie pay $5 a month to get all these membership perks, including access to the private Facebook group, and in the private Facebook group, I post “Creative Kickstarters” every day. I have an app I use called Buffer, so I go in there and put them in about a month out. That’s part of the perks of subscription, and they expect that, it’s there every day. Well, it wasn’t there this morning. Why? Because Facebook wouldn’t let Buffer post, and it wouldn’t let me post manually. Thankfully, I have an email list of my Frettie subscribers, so I went in and emailed them the “Creative Kickstarter” for today. So I kept my word. I couldn’t go and explain why it wasn’t posted on the group site because I couldn’t post. But I could email, and that’s the beauty of having that information, owning that information.

Johnny Dwinell: And if you think about this on a larger scale, we’re going to get deep into what’s going on on the platform because there are some concerns that everybody needs to be aware of. But think about this… when was the last time you saw Amazon promote something on Facebook? When was the last time you saw American Airlines or Delta post something on Facebook or Instagram? You didn’t. You know why? Because they’ve got your email address. They own that information. When you’re going through Twitter or Facebook or any social media platform, they’re going to change the algorithms and they’re going to limit the amount of organic reach that you get.

Brent Baxter: And just to explain a little of what Facebook jail is. It’s either when they’re going to throttle your reach, they think you’re being spammy or whatever reason they decide, so all your followers or fans aren’t going to see your posts. And you won’t even know, you’ll just notice, “Hey, I’m not getting responses on this, I’m not getting the likes and shares and comments I used to,” and it’s because Facebook is just not showing your posts to as many people.

Johnny Dwinell: And the same thing happens on Instagram and Twitter. You can be straight-up suspended on Twitter, or you can be banned for life. So first and foremost, you want to own the information — you want to be an artist who is going to adapt. Let’s be honest: it doesn’t matter how good an artist you are, how talented you are, how good your music is. It doesn’t matter how dedicated you are, it doesn’t matter how many connections you have. The artist who adapts quicker is the artist who is going to thrive. We are in the middle of a paradigm shift in the industry where more artists are going to break through in the digital platform than they are through a broadcast platform, which is how they’ve always broken since the dawn of the music industry.

There’s plenty more to hear… listen to the entire podcast.

The CLIMB is a podcast produced by Brent Baxter (award-winning hit songwriter with cuts by Alan Jackson, Randy Travis, Lady Antebellum, Joe Nichols, and more) and Johnny Dwinell (owner of Daredevil Production) that’s dedicated to helping singers, songwriters, and artists like you create leverage in the music business because that’s what you’re gonna need. You’re gonna need some leverage, you’re gonna need an audience, and you’re gonna need a reason for people to stand up and salute you. It’s not just about your talent – you’ve got to bring the business, and that’s why we call it The CLIMB, it’s an acronym that stands for “creating leverage in the music business.” Hear this entire podcast and more at on the Disc Makers website.

Related Posts
Marketing music? Where is the traffic coming from?
How to make the most of Facebook songwriting groups (or, stop ruining Facebook!)
Your live show is the best music marketing tool – just follow the numbers
Developing your YouTube marketing strategy
Permission marketing and the new music business