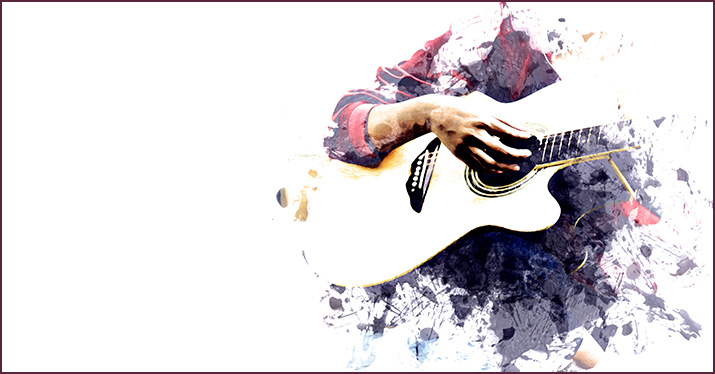 A touch of exoticism could be all you need to lift your song up from the mundane. The flat-second, a.k.a. Neapolitan chord, can be just the ticket.

Ever have this experience where you’re listening to a song, not paying too close attention, and then suddenly there’s a chord that sounds just perfectly off-kilter — not quite a key change, but something that definitely does not belong to the key you’ve been hearing so far? The chord comes, makes your ears perk up for a second, and then it’s gone. Now you’re hooked and you want can’t wait for it to come around again. What was that chord, you think to yourself? Well, of course it could be many things (a flat-sixth, for example) but a Neapolitan chord is certainly on the short list.

There seems to be some debate as to how the Neapolitan chord got its name, but suffice it to say that it’s been in use in classical music since the time of Beethoven and many composers of the 19th Century “Neapolitan School” of opera used it extensively. (In fact, it was used so often, it’s notated as an “N.”)

The Neapolitan chord is simply a major triad built on the flattened second scale degree. So, if your key is C (major or minor), it would be a Db major chord. That’s it. Very simple. In classical music it’s often voiced in first inversion (e.g. our Db major would be voiced F-Ab-Db) and written as N6, so sometimes it’s referred to as a Neapolitan sixth chord.

Although it’s widely used in classical music, it’s pretty rare in pop, which is great, because it still sounds fresh.

N is usually found in songs written in a minor key, and it’s most often used as a substitute chord for a iv or a ii. So, a typical progression would be N-V7-i. A pretty classic example of this is found in Def Leppard’s “Bringing on the Heartbreak.” The chord progression in the verse is: Am, F, Am, G, Dsus2/F, Bb, Em9, Am. Here, the Bb is our N chord and you first hear it at 0:24 in this video, and it reappears in every verse.

So, why does it work as a substitute for a iv chord? Well, in Am, the iv is D minor, which is D-F-A. Bb major is Bb-D-F, which means that the two chords share two common tones. And that Bb note leads beautifully to the B in an Em or E major chord.

Another classic use of N is in “Hello” by Lionel Richie. The song is in A minor, although he modulates to A major for the chorus. You can hear N (Bb again) on the word “all” (“You’re all I ever wanted” at the :54 mark) progressing to a beautiful E7b13 chord (E-G#-B-D-C) and then to our tonic.

Whenever you’re discussing or learning about some fairly arcane bit of harmonic theory, you can usually ask the question “What did the Beatles do?” because you know they not only explored the concept, but found novel ways to use it. That’s the case with the Neapolitan chord and the song “Things We Said Today.” Instead of going N-V7-i, the Beatles simply go from N to i. You can hear it in the verse (on the words “so far away” at :22) as well as at the end of the bridge (on the word “stay” in the phrase “Love is here to stay and that’s enough” at 1:12).

Although N is mostly used in minor, it can also be used in major keys, where it sounds even more exotic. Check out “Our Lips Are Sealed” by the Go-Go’s and see if you can identify N.

If you said it occurs in the chorus on the phrase “In the jealous games…” (first heard at 0:38 in the video) you’d be correct. (The progression is Bb-E-A.)

The Beatles also explored using N in a major key in “Do You Want to Know a Secret?” Once again, instead of going N-V-I, they simply go from N to I. You can hear N right before the word “closer.”

It’s worth exploring the chord progression for the verses in this song for a second because you can hear how N (F major) makes for an exotic and more yearning substitute for the dominant seventh chord (B7).

B7
Do you want to know a

B7
Do you promise not to

Roxy Music’s “Both Ends Burning” offers up another interesting use of N, throwing us into tonal ambiguity.

The intro sets up our chordal expectations for the song: I-bVII-bVI-V (G-F-Eb-D). Then Ferry subverts things in the verse with that glorious N (first heard on the word “have” at 0:46 in the video): I-bVII-bVI-V-N-V-bVII-V-bVII-V-I (or: G-F-Eb-Ab-D-F-D-F-D-G). That Ab doesn’t exactly signal a modulation as much as it throw us into uncertainty, because the chords alternate between D and F, so we just don’t know where we are for a few bars, before finally settling back in G. Even though I’ve heard thing song hundreds of times, that chord delights every time.

Speaking of modulations, the Beatles (yes, them again) use N as a clever way to modulate back home from a distant key in “You’re Gonna Lose that Girl.”

We’ve covered key changes before. If you’ve tried any modulations in your songs, you might find that while it’s often easy to modulate from one key to another, it can be a challenge to get back home again.

In this song, our home key is E major but the bridge (“I’ll make a point of taking her away from you…”) is in G major. Although the notes E and G are only a minor third away from each other, E major and G major are pretty far apart in terms of keys (E has four sharps, G has one). The boys use a flat-seventh (D) as a pivot point to modulate to G major, but then they use N to get back home to E (G-C-F-E), which you can hear at 1:07 in the video, and again at 1:46.

That’s it for this week. Happy experimenting with N!

Related Posts
Supercharge your music with the flat-six chord
Spice up your musical arrangements with substitution chords
Key change! How to wow ‘em with a chorus modulation
From demo to hit single: Owner of a Lonely Heart
Songwriting tips from the Beatles’ “Help!”

6 thoughts on “Use the zesty Neapolitan chord in your songs”