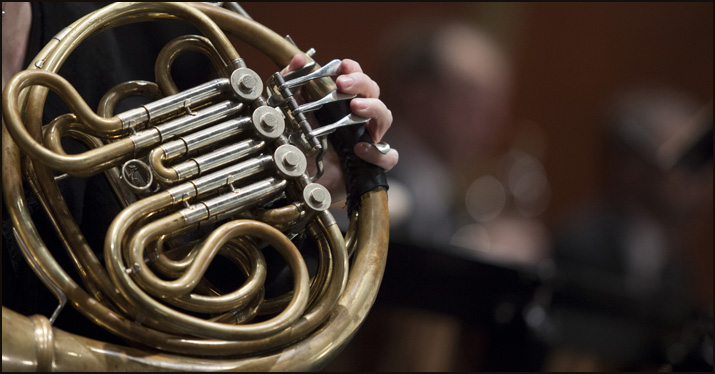 Growth as a musician requires a practical approach, which can include the use of programs and apps to help organize and incentivize deliberate practice sessions.

Whatever your instrument, whatever level of proficiency you’ve attained, and whatever style of music you play — from bubblegum pop to classical — real growth as a player requires efficient and effective ways to practice and monitor your progress. There are plenty of practical approaches you can employ, including the use of programs and apps to help organize and incentivize deliberate practice sessions.

Modacity is one such program, and whether you choose to use it or to develop your own system, learning how others are finding success using the app can inform how you approach your own musical practice. Meet Dafydd Bevil and Alden F. Cohen, who both used the Modacity app to help them win big auditions.

Dafydd Bevil is a professional French horn player from Madison, WI who freelances, is currently working on recording an album, and teaches in his private studio. Recently, he also earned a position as the acting third horn in the La Crosse Symphony Orchestra.

Bevil, who has used the Modacity app for quite some time, used it extensively to prepare for his audition. “The most important thing to me is just knowing how deliberate practice works,” says Bevil. “When it’s done correctly, everything you play has a goal, so it ups the productivity a lot.”

In using the app, the first step Bevil took was to go through his excerpt list and assign a number to each excerpt he wanted to perform. The numbers correlated to his comfort level with each specific excerpt.

Next, Bevil planned his practice sessions by working on 3-5 excerpts per day, using these steps:

When the actual audition came around, it felt very similar to his practice, which put him more at ease through the process.

Here are some screenshots of Dafydd’s pre-audition playlists in Modacity. 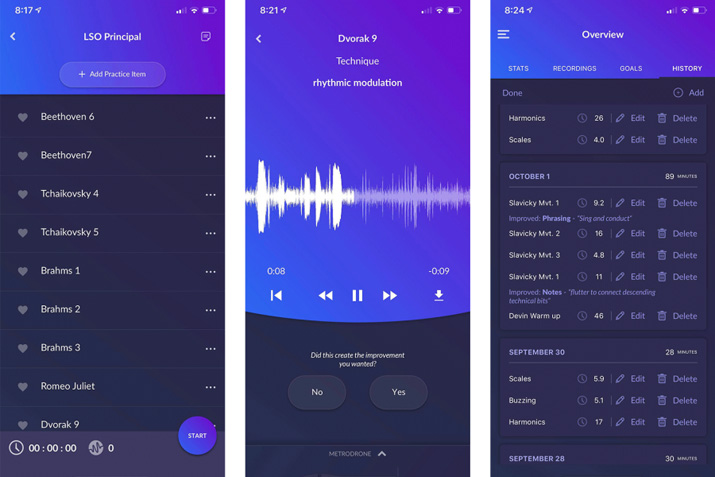 To learn more about the awesome musical work Bevil is doing, visit his website.

Preparing for the Oakland Symphony audition

Alden F. Cohen is a professional bassist based in the San Francisco Bay Area who enjoys performing and teaching. Cohen has also written a book, Pre-Shift Practice with Scales, and he recently won his Oakland Symphony Assistant Principal Double Bass audition, using the Modacity app to help him prepare.

While practicing for his audition, Mr. Cohen used the app to:

Cohen also uses the app when teaching to:

This is how Mr. Cohen structures his practice in Modacity: 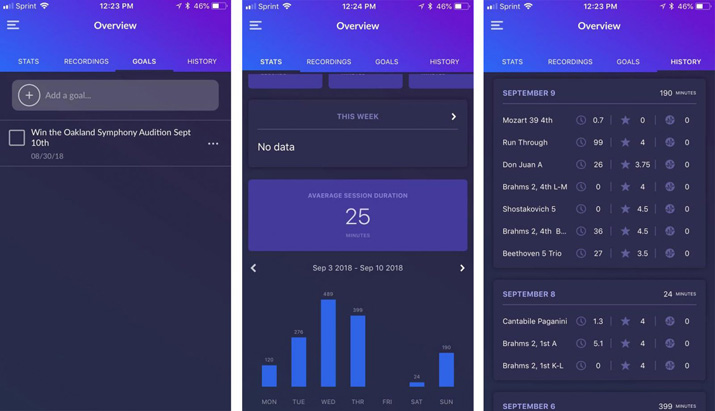 To learn more about Alden and his journey towards musical mastery, check out his YouTube page.

Marc Gelfo has been playing and practicing music for more than 30 years. After applying cognitive science and computer science to French horn, Marc became an internationally touring symphony musician. His experience includes teaching and performing with thousands of musicians around the world, including the San Francisco Symphony. He is currently the founder of Modacity, a music practice app designed to help musicians practice better and learn faster.

Related Posts
Challenge yourself when music practice gets stale
Musicians and Repetitive Strain Injuries (RSI) — How to Practice Hard and Stay Healthy
Alexander Technique for musicians: Putting theory into practice
Getting out of a creative rut
The art of detachment: Managing music performance anxiety

One thought on “Deliberate practice helps you become a better musician”