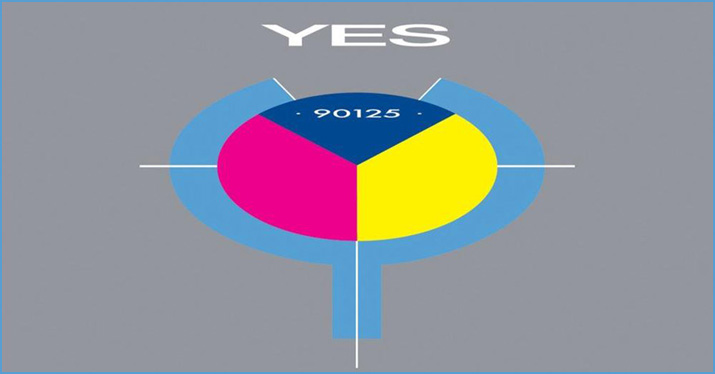 Here’s the story of how an unlikely collaboration met with a massive riff, memorable chorus, groundbreaking samples, and an in-your-face solo to produce the surprise hit single of 1983.

Yes’ “Owner of a Lonely Heart” was one of the unlikeliest number one hits in history. The song has a fascinating genesis story and, thanks to demo tapes that were recently made available, it offers songwriters some insights into the transformation the song went through, from its inauspicious acoustic origins to its lush new wave/Prince dance interpretation to the global hit single that resurrected a band.

The notion that ‘70s prog-rock dinosaurs Yes might ever have a number one hit in the US in 1983 was preposterous. Producer Trevor Horn tells the story of how his wife was furious at him for wanting to work with the band. “Yes are finished!” she is reported to have said to him. “They’re old farts! Who’s interested in Yes?”

It’s not that the band had never had hit singles. “Roundabout” had made it as high as number 13 on the Billboard charts in 1972. And as late as 1977, Yes had a number 7 hit (in the UK) with “Wonderous Stories.” But 1983 was light year away from 1977. Punk had changed everything; and by the early ‘80s, post-punk and new wave were in vogue. No one had any interest in the complex rhythms and harmonies and ren-faire lyrics of progressive rock.

But the early ‘80s was also a time when prog bands started to amaze everyone by adapting to the times and becoming relevant again. Genesis and Rush had a series of top 10 hits, as did the Moody Blues, who even hit number one in 1982 with “The Voice.” Asia, a supergroup consisting of prog titans, had two number one songs in 1982: “Heat of the Moment” and “Don’t Cry.” But Yes’ “Owner of a Lonely Heart” would arguably be the biggest number one hit by a prog band, spending four weeks at the top of the charts and finishing at number 8 on Billboard’s Year-End Hot 100 singles.

The song was originally written by South African singer-songwriter Trevor Rabin in 1979. Rabin wrote the song’s famous riff on acoustic guitar, and, in 1980, would complete a more fleshed-out demo of the song, including verses, a pre-chorus (where we first hear the lyrics “owner of a lonely heart”), a chorus (“Don’t say you wanna travel that way…”), and a bridge.

You can hear both the early acoustic version and Rabin’s new wave version below. The acoustic sketch ends around 1:30. After listening to the Yes version, it may be hard to hear this with fresh ears, but try, because it can be instructive. After all, we’ve all created demos and spent a lot of time trying to get them just right. Put yourself in Trevor Rabin’s shoes. It’s a good demo, and he was justly proud of it.

Rabin then took this demo, and others, and shopped them around in Los Angeles. He met with producer Clive Davis, who told him his song was “too weird” and that it would never be a hit. (He even told him to write stuff more like Foreigner and come back, which Rabin never did.) Rabin landed a development deal with Geffen and almost joined Asia, but declined because he felt he had no chemistry with the band.

Rabin then formed a new band with former members of Yes, including bassist Chris Squire, keyboardist Tony Kaye, and drummer Alan White. This new band was going to be called Cinema. That’s when Trevor Horn entered the picture. Horn had made a name for himself by producing, co-writing, and singing the Buggles’ new wave hit “Video Killed the Radio Star.”

Horn listened to Rabin’s demos and didn’t really like them. But when Rabin went to the bathroom, he left the tape running, and Horn heard “Owner of a Lonely Heart.” He instantly knew that the riff and the pre-chorus were the keys to a hit song. At first Rabin said no, this song wasn’t meant for Cinema, but Horn talked him into it. Then he had to talk the band into doing it, which wasn’t easy. He literally crawled on his hands and knees, begging them to do it until they finally relented.

Around this time, former Yes singer Jon Anderson joined the band, at which point the label insisted the band be called Yes. This caused the band some consternation, as they didn’t want to burden this new band with that “old fart” name — plus they weren’t sure how their older fans would take to this new direction. But again, they relented.

Turning a demo into a hit single

As proud as Rabin was of his demo, Horn knew it wasn’t a hit as-is. There was too much going on in the song, and Rabin was burying the lead, as it were, by not showcasing that incredible riff. But it was a struggle to get Rabin to change the song. The first thing Horn did was to cut out Rabin’s chorus and bridge and have the pre-chorus become the new chorus. It seems counter-intuitive, seeing as Rabin’s original chorus was huge and Horn was proposing that the relatively subdued pre-chorus become the chorus. But Horn knew that was the money section.

(It might seem ironic to give a song to one of the most baroque prog bands in the world, strip it down to five chords, and tell them to play them over and over again — the verses and choruses use the same progression — but that’s what Horn did. It wasn’t easy. They kept wanting to change it up, but Horn insisted they play it straight.)

Horn also knew Rabin’s lyrics in the verses had to go. “You don’t wanna go dancing, you won’t even answer the phone. You’re so scared of romancing, everything you do is alone” just wasn’t going to cut it, but it apparently took seven months for Horn to convince Rabin to change them. When he finally agreed, the two sat down for one heated songwriting session, rewriting all the lyrics, save for Rabin’s original opening line (“Move yourself”) from the acoustic demo. Jon Anderson later tweaked some of the lyrics for the second verse.

On top of that, Rabin didn’t like the way Horn had changed the drum sound. Rabin wanted a huge snare that was popular in pop songs at the time. But Horn, inspired by the snare on the Police’s Synchronicity album, wanted a tighter sound.

One can sympathize with Rabin. After all, it’s almost a showbiz cliché: “We love everything about your song. We just need to change the drums, and get rid of the bridge, chorus, and the lyrics. But other than that it’s perfect.”

Horn knew he’d have to throw in lots of whizz-bang sound effects to make this song work, similar to what appeared in Rabin’s demo. Rabin’s instincts were correct, the song needed something to break up the monotony of playing those same chords over and over again, but Horn knew that less was more. If you start listening to the demo around the 1:50 mark, you’ll hear how many keyboard flourishes Rabin throws in. They come around so often they lose their power to maintain interest.

Horn suggested that instead of using a Minimoog — as Rabin had originally — they use a Fairlight CMI. And, instead of every interruption being “musical,” they would use sound effects, including orchestra hits and a gun shot. (Fun side note, according to Horn, that gun shot was a joke that they were shooting the “eagle in the sky” that Anderson insisted on including in the lyrics.)

Also, Rabin’s flourishes in the demo often compete with the vocals, something Horn is very careful not to do. One nice example of this is at 0:48 in the finished song, when Anderson sings “shake — shake yourself,” we get an orchestra hit between the shakes.

Among other things, the track is famous for being one of the first pop songs to use a sample. The sample, taken from Funk, Inc’s “Kool is Back,” has been cited by Questlove as an important and innovative use of a breakbeat in pop music. You can hear the sampled section at 1:45 here:

The sample begins Yes’ song and then reappears in the break at 2:23.

Rabin plays the guitar solo, and, for my money, it’s one of the more interesting guitar solos of all time. First of all, one could be forgiven for not realizing it’s a guitar. That’s due to two factors: First, the solo is introduced by several incarnations of that Funk, Inc. sample, which totally throws the listener off so you’re not sure what to expect next. Second, Rabin uses an Eventide Harmonizer sound effect. The Harmonizer adds an extra note above the ones Rabin is playing (in this case a fifth), creating an effect that sounds more like a synthesizer than a guitar.

Rabin discusses how he played the solo here:

The oddball sound of the solo, coupled with Rabin’s simple phrasing — often just bending two notes — totally changes the way the solo functions, making it almost an extended section of sound effects rather than just another guitar solo. It’s not until that little flurry of notes at the end that the solo sounds anything like a “guitar solo.” Compare this solo, for example, to Rabin’s keyboard solo in his demo (which starts around 5:30) and you can hear a huge difference in form and function.

To hear the final solo in context, start listening around the 1:50 mark of the single.

After the solo, we get a nice guitar and bass interlude, a repeat of the chorus, and then, to finish things off we get an unexpected and subtle key change from A to F (a flat sixth!). It’s unnecessary, perhaps, but it’s not gratuitous, and it adds some nice, last-minute energy.

And there you have it. A massive riff, a memorable chorus, game-changing samples and sound effects, an in-your-face solo, and you’ve got one of the great singles of the ‘80s.

Of course, this story is one of success. How many times has a producer come in and taken some brilliant singer-songwriter’s tune and turned it inside out and had it come out sounding awful? Horn had to walk a fine line. On the one hand, as the songwriter, you can be too close to the work to properly critique it, so a fresh set of ears — especially those of an up-and-coming producer — can be just the thing. But when that person starts dramatically changing things, at what point is it no longer your song? It would be one thing if every suggestion was met with enthusiasm. But that wasn’t the case here. Rabin and the band grumbled every step of the way.

Rabin, who had literally worked on this song for years, and had so much of it change in the process, describes hearing the song on the radio for the first time. His heart sank. He just didn’t think it was any good. It wasn’t until it started to get more and more airplay that he could distance himself from the song and hear it fresh. He now speaks very fondly of the song. (Then again, who wouldn’t speak fondly of something that had earned you tons of money and accolades?)

BTW, here’s a link to the original video. Is it just me or did this totally inspire the Matrix?

Related Posts
In the studio with Trevor Horn
A great solo can elevate your song
Songwriting and a quick lesson in music theory
Key change! How to wow ‘em with a chorus modulation
How to write a great melody, Part 2: Putting the rules to work

10 thoughts on “From demo to hit single: Owner of a Lonely Heart”