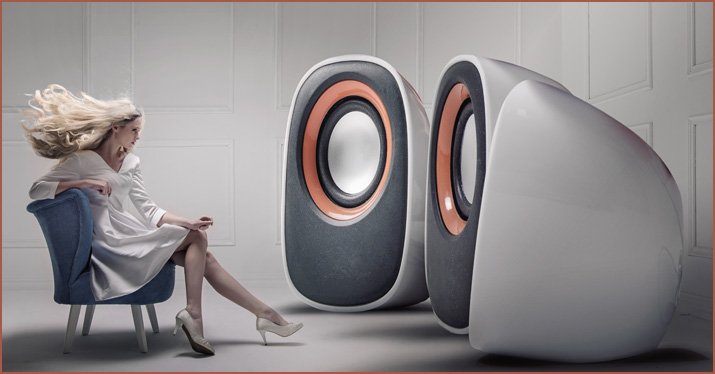 When mixing music — in your home studio or a massive “A” room — cranking up the volume makes everything sound sweet. At least, until reality sets in.

Raging guitars, thundering bass… let’s face it, cranking up the volume is fun. But if you do it while you’re creating an audio mix, you’re short-changing yourself. Here are a few reasons why you should maintain moderate volume levels when mixing music.

The fact is, human ears aren’t linear devices. Our ears are most sensitive to mid-range frequencies (around 3-4kHz). Increasing volume accentuates lower and higher frequencies, which flattens out the listening curve, creating an illusion of power and clarity. That’s why things sound better at a louder volume. Just ask Fletcher and Munson.

The Fletcher-Munson curves are graphs based on scientific research that illustrate how our ears hear different frequencies at different volumes. If you mix at a loud volume, your music will sound incredible — until you turn it down. Then your mix will sound small and steeped in mid-range. But, if your mix sounds great at lower volume levels, it will still sound great when you pump up the volume. 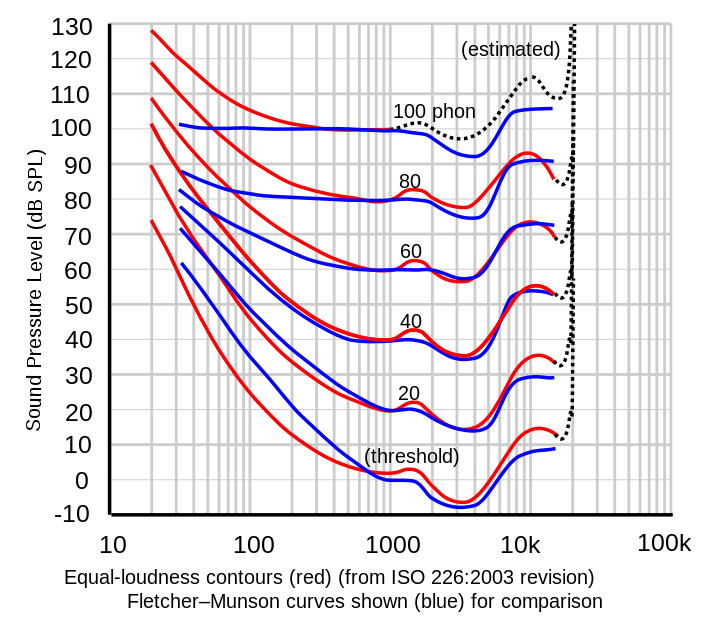 Would you hit yourself in the head repeatedly with a hammer? Let’s hope not! Subjecting your ears to hours of loud music is the sonic analogy and amounts to the same kind of assault. Prolonged exposure to sounds in excess of 85 dB can permanently damage your hearing, and if you can’t hear, you can’t mix. So do yourself a favor, and turn it down.

Have you ever been completely satisfied with a mix, only to fire it up two days later and think what the…? Did it sound like nails on a chalkboard? That is a result of ear fatigue. As a means of self-preservation, your ears reduce their sensitivity during prolonged periods of excessive volume. As you can imagine, this will impact your mixing decisions. To combat ear fatigue, turn the volume down a few notches and resist the urge to increase the volume when you perceive a decrease in level. Take a break instead. Your mix will sound louder when your ears are rested. It’s a time-saver in the end: if you mix while your ears are fatigued, you increase the chances of needing to remix your entire project later.

How loud should you mix?

Frequencies sound the flattest at around 85 dB, and that’s where many engineers like to work. But keep in mind, that number pertains to larger, professional mix rooms. If you’re working in a small bedroom studio on near-field monitors, 85 dB might be pretty loud. A lot of us here at Sweetwater calibrate our studios to as low as 70dB to accommodate our smaller recording spaces. A good rule of thumb is that your volume level should be low enough to allow for conversation without raising your voice. If you need to shout to be heard, your monitors are too loud.

If you want to calibrate your monitors, the first thing you’ll need is an SPL meter, such as the Galaxy Audio Check Mate CM-130. Or, in a pinch, you can download an SPL meter app for your smartphone. Then follow these simple steps:

While it’s okay to briefly listen to a mix at a louder level to hear what it sounds like cranked up, you need a default volume level to call “home.” Once your ears adjust to this baseline, you’ll find that your mixes sound great at any volume, are consistent from song to song, and translate better than ever.