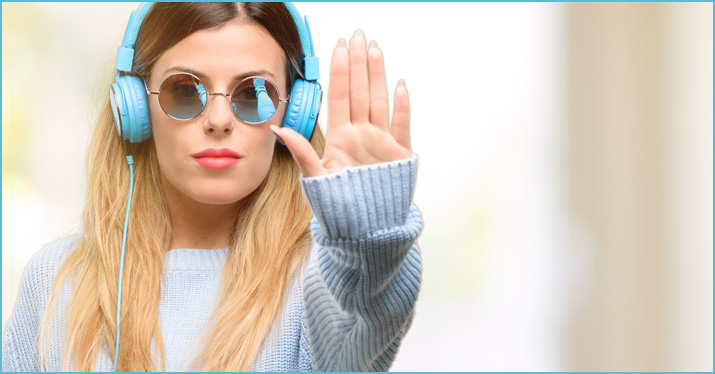 As an independent musician, you own a small business — and it’s time you realized it. To stop failing at music, you need to be a smart CEO.

Let’s talk about your future as an artist.

If you have a career strategy and you’re executing it, then you should be farther along this year than you were last year. Period. But many of you — too many of you, in fact — are really looking for some sort of free ride, waiting for someone in the music industry to beam you up to the mothership and take care of everything.

You know what I’m talking about. The mentality that you just need to meet that one music manager, record executive, or established star who’ll take you on tour and then you’ll be on your way.

But it just doesn’t work that way. It’s not about one home run. It’s about thousands of base hits. If you’re going to be successful — i.e. make a comfortable living doing what you love to do — then you must step up and accept responsibility for everything.

Yes, you can find Cinderella stories, the ones about the artist who meets the big-wig and how that chance meeting changed everyone’s lives. But the reality is 99.99% of the artists you listen to, know, and admire were grinding for a long time before you ever heard of them.

You own a small business

As an independent musician, you are the CEO of a small company, and all CEOs have to understand their markets, spend money, take risks, make big decisions, and endure multiple failures in a quest to grow their companies.

As a music CEO, you need to understand all aspects of the music business, from the creation of intellectual property to the manufacturing of the product to the marketing of that product.

Successful CEOs do not insist that they’re “no good at marketing” or “don’t have time for marketing.”

The owners of small companies do it all. They master every facet of their business so they can teach the new hires to do it their way as the company grows.

There are truckloads of failed record-deal stories. A YouTube star gets a record deal and decides to let the record company take her marketing over. The label doesn’t really understand how the artist grew her audience on YouTube and screws things up. Now the artist loses her record deal and her YouTube audience because she wasn’t at the helm.

Do you know why Tim McGraw has over 33 #1 hits? It seems easy from the cheap seats, doesn’t it? You think, “Yeah, well he has the best songwriters beating down his door to give him their best songs. If I had that, I’d have a hundred #1 singles too.”

Well, did you ever wonder why other huge stars who have been around just as long don’t have that many #1 singles? I mean, surely those stars get the same kind of respect and response from the hit songwriters and publishing companies, right?

Tim McGraw picks his songs, plain and simple, and he has mastered the art of picking not only hit songs, but hit songs that fit his brand. McGraw understands his market. The biggest stars — your heroes — are grinding. It’s work people. Hard work!

The hardest work you’ll ever do is starting your own company. You have to create, manufacture, do the marketing, accounting, taxes, the hiring and firing, and you have to create the budget to make that business grow.

But you do, and the only way out is through. You have to roll up your sleeves, make time to learn about what you don’t know, and put a solid, executable strategy together that will get you into growth. Otherwise, you’re going to end up bitter and bewildered.

Be a smart CEO

Smart CEOs know there has never been a better time to start a small music business than right now! All your customers are out there, just one click away from knowing about you.

Smart CEOs know the lifetime value of a fan/customer is worth far more than the .99¢ or $10.99 they can collect for a single sale.

Smart CEOs are leery about getting a record deal before they’re ready, i.e. when they don’t have a big enough audience and therefore don’t have enough power to influence the relationship.

Smart CEOs want to stack the deck as much as possible in their favor so they can control their own future.

Smart CEOs know that nobody is going to care about their small business more than they do.

Time to stop failing at music and be a smart CEO.

Johnny Dwinell is a veteran Nashville artist/producer/businessman who created Daredevil Production in 2011 to provide innovative artist development in the new music business. In mid 2013 Daredevil Production started a weekly blog as a free resource for artists and songwriters to use for inspiration, advice, support, and knowledge. The CLIMB is a podcast produced by Brent Baxter (award-winning hit songwriter) and Johnny Dwinell that’s dedicated to helping singers, songwriters, and artists like you create leverage in the music business.

Related Posts
Train to succeed in the music business
Will you take responsibility for your music career?
Being an authentic artist — Jason Wilkes’ journey to find himself
Want music success? You’ve got to love the grind.
Your musical talent isn’t enough (to make it in the music business)