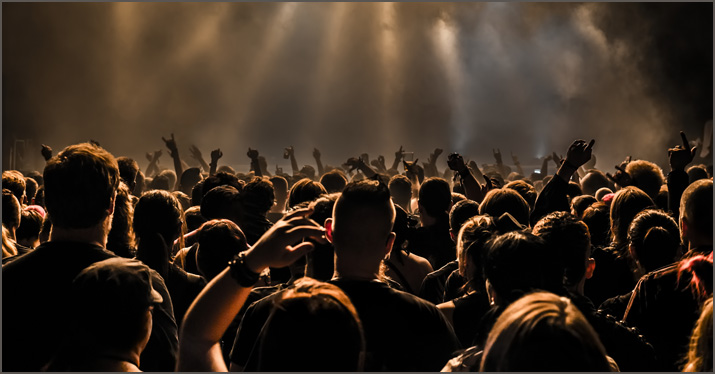 Whether you are a band, solo artist, manager, record label, or any type of branded product, you can work at creating a fan-brand by following these seven steps.

What do Justin Bieber, Ariana Grande, Selena Gomez, Taylor Swift, and Miley Cyrus all have in common — besides being current pop music stars? They all have fan-brands who were nominated in iHeart Radio’s 2018 Music Awards for having the loudest, most supportive, and most enthusiastic fans in existence (Best Fan Army). Wouldn’t you and your band want fans like these? No matter if you’re a band, a record company, or a manufacturer, you too can create a fan-brand worthy of an award.

What is a fan-brand?

According to an article by Ecommerce Consulting, a fan-brand is a group of fans who have been affectionately given an identity by the brands they follow. This isn’t a new concept. The Grateful Dead has the “Deadheads,” Phish has “Phish Phans,” and even Barry Manilow called his fan base “Fanilows.” Today, “Maggots” represent the metal band Slipknot and “Little Monsters” represent pop star Lady Gaga — not to mention the “Swifties,” “Beliebers,” “Arianators,” “Selenators” and “Smilers” from the iHeart Radio awards. And it’s not just the music biz that produces fan-brands. Star Trek has “Trekkies,” Harry Potter has “Potterheads,” and the Oakland Raiders has its “Raider Nation.”

In his book, Brand Against the Machine, John Michael Morgan says that fan-brands are a way to build loyalty and create evangelists who are going to spread their love of your brand through word-of-mouth. People have a natural desire to be part of something bigger than themselves and to feel as though they are part of an elite and exclusive club. Fan-brands allow customers entrée into such a club and an opportunity to socialize with other like-minded people. When you refer to a fan-brand by name, each member feels as though you are not only communicating to “us” (the tribe as a whole), but to each individual. This builds brand equity. The stronger the bond a customer has with your company, the greater the possibility that fan will be a repeat and ongoing customer for a very long time.

How to create, cultivate, and exploit your own fan-brand

So how do you go about creating your own fan-brand? Well, besides having a quality product that fills an important need in the marketplace and is positioned uniquely from the competition, here are seven ways to create and exploit your very own fan-brand.

Understand what makes your fans tick. What are their demographics (age, gender, ethnicity), psychographics (activities, interests, and opinions), and behavioral characteristics (the attributes they seek in your brand as well as the rate in which they consume your brand)? The better you understand your fans and communicate with them in a language they understand, and the better you listen to them and show them you care, the better the chance they will trust you and passionately follow your career for years to come.

Find a name that both represents your brand and your fans and that shows affection for them. Take the rock band Kiss for example. Given its heavy metal sound and its rowdy fans who were rumored to have threatened to “attack” any radio station that did not play Kiss’ records, the band named its fan club the “Kiss Army.” Pop star Lady Gaga is another example. Given her far-out stage antics and her allegiance to those who do not follow the stereotypical path in life, Lady Gaga calls her fans “Little Monsters.”

3. Create a language or a symbolic shared meaning 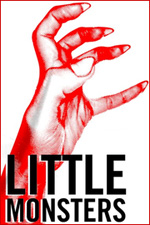 Lady Gaga uses a monster-claw hand symbol that is her way (and the fan’s way) of identifying that they are one of the same tribe; Jimmy Buffet fans, known as “Parrot Heads,” identify themselves by wearing crazy looking parrot hats; and Phish communicates with its “Phans” live in concert by using a musical language they created specifically for them. When the band plays certain notes and riffs, Phish Phans respond in a certain way. By creating shared meaning through symbols, you’re essentially giving your fans a secret language that says, “This is our club.”

Start an official fan-brand website (e.g. www.kissonline.com/) as well as social media pages on different platforms that allow fans to interact with each other and engage. Provide special perks on these mediums for the fans that other non-members are not entitled to. By making fans feel special, you’ll create a sense of exclusivity that can lead to building stronger bonds and greater brand loyalty.

Create exclusive offline events specifically to give fans a way to mingle with you and each other. Harley-Davidson Motor Company is the title sponsor of Daytona’s Bike Week held in Daytona, Florida in March; Star Trek conventions around the country have been drawing devoted Trekkies for years; and Slipknot is known for holding gatherings where dedicated fans share ideas and information with each other. Typically, thousands of people show up to these events and flood the Internet with pictures and stories of how they engage the brand. This creates tremendous word of mouth and is a great way to build community around your brand.

6. Use a fan-brand hashtag in your social media posts

When communicating with your fans on social media, use a uniform hashtag where tribe members can easily search, find, and share content with one another. By getting fans to interact with other fans online, the family bond has the potential of growing on a global scale. Again, the stronger the bond, the greater the loyalty you’ll get over the long-term.

When branding your fans, as with all branding, be sure to be consistent and go the long haul. It is important to refer to your fans in all of your communications and engage them in the same way over a significant period of time.

Even if you are just starting out and you don’t have a lot of fans, the attention and exclusivity your customers feel could lead to more and more fans joining the pack. Sure, fan-branding will take a lot of time and effort, but as Bieber, Kiss, Swift, Harley Davidson, the Raiders, and many other artists and companies will tell you, the return on investment is worth it!

The contents of this post are © 2018 by Bobby Borg. Bobby Borg is the author of Music Marketing For The DIY Musician (Second Edition), Business Basics For Musicians (Second Edition), and The Five Star Music Makeover (published by Hal Leonard Books). Get these books at any fine online store in both physical or digital format. Learn more at www.bobbyborg.com.