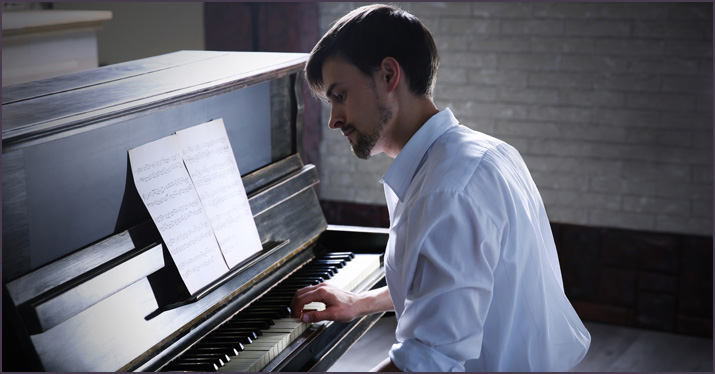 If you’re in a situation where you have to learn new music in a very short time, these tips can help you develop a strategy so you can tackle the task and perform with confidence.

Let’s say you’re playing drums in a band and your main songwriter comes in with fifteen new songs that he wants to perform at your next gig… tomorrow.

Or let’s say your bassist buddy calls to say she has a family emergency, and asks if you can fill in for her big two-set gig that starts in six hours?

The scenarios are endless but the story is the same — as a musician, you may find yourself in a situation where you have to learn lots of material in a very short time and make it sound like you’ve been playing that music for years.

You don’t need to be a master sight-reader or have an ear of gold to own such opportunities, but you do need guts, focus, and most importantly, a strategy. Here are tips to get you started when it comes to internalizing tons of music on an uber-tight deadline.

Know what’s expected of you

When you’re tackling a new song (or a dozen), it’s important to know what you need to do. Are you being asked to play every single note of a guitar solo exactly the same as the album version, or do you have freedom to improvise your own cadenza over the chord structure? Should your drum grooves be stylish and sparse, or dense and dangerous? Does the bandleader want slap bass, a picked bass sound, or something completely different? The more direction you can get up front, the more efficiently you’ll be able to focus your shedding time and get the piece where it needs to be.

Whenever I’m given lots of new music to learn, I put the music on my phone, plug in headphones, and listen on repeat as much, and as often, as I can. Some of this is active listening, where I focus without distraction on specific elements of the song, analyzing as I go, and try to commit certain parts to memory. Other times, I listen passively while walking, cooking, working out, packing my gig bag, etc. It all helps. The more you can get new material into your brain prior to hitting the stage or studio, consciously and subconsciously, the better your chances of success will be.

If you’re learning a new piece of music that has been covered by multiple artists, listen to as many of those artists’ interpretations as you can before it’s your turn to play the tune for real. Similarly, if there are YouTube clips of the band or artist that you’re playing with performing the same song in three different shows, listen to them all. Each new version will give you a slightly different perspective on the song and help you hear new and different things. Plus, the more versions of a song you’re familiar with, the better you’ll be prepared if the artist or band wants to take things in an unexpected direction on the fly.

Play along with recordings

If you’re given a recording of a song that you need to learn quickly, whether it’s a rough demo or polished studio track, play along with it as many times as you can before you hit the stage, studio, or rehearsal room. The more you can groove along with the tune in a simulated performance and experiment to see what works best when you’re jamming on it, the better prepared you’ll be once it’s game time.

Get sheet music, if available — and take notes

Even if you’re playing original music from an unknown band, it never hurts to ask if sheet music exists. One drummer friend of mine did just that when asked to play a prog rock gig on short notice; he ended up receiving a handful of napkins with rhythms scrawled on them in black ink. Though this clearly wasn’t the ideal method of notating or delivering musical information, my friend did end up finding the notes quite helpful as he woodshedded the material. For him, even chicken scratch on a napkin was better than nothing.

Glance over the shoulder of many gigging musicians and you’ll see music and chord charts full of penciled-in notes, rhythms, symbols, and reminders. Whether you’re telling yourself when to be loud and when to be soft, when to play staccato and when to drop out immediately, don’t hesitate to mark up your music in whatever way helps you the most so you remember what to play, when, and how.

Don’t always start at the beginning

For many of us, learning music begins with the first note of a song and ends with the last — but switching things up can be helpful. When you’re shedding a new song, try learning the final chorus first, or tackle the tricky bridge that comes in during the last minute. Often, working on things in reverse can help you quickly get a handle on an entire song and cause things to make more musical sense once you put the pieces together in order.

Write out your own music

There’s nothing like transcribing a bass line or drawing up your own chord chart to help you internalize a new song. Remember that anything you write down doesn’t need to look pretty — what you’re creating is purely functional and for your eyes only — so write your chart, transcription, or cheat sheet in whatever format is going to help you best get through the song in one piece.

If I’m tackling a tricky new song, whether in band rehearsal, studio setting, or performance, my primary goal during the first time through is getting from beginning to end and doing the best job I can. The second time I run it down? Same as the first, but now that I’ve got it under my fingers a bit, I can invest a little more attention to nailing those hits at the end of the second verse just right, for example. The third time? Again, all of the above, but perhaps, this time, I’ll have the mental bandwidth to focus on really locking in with the drums under the guitar solo and making my chord voicings on the outro as supportive of the vocals as they can be.

Specifics will vary depending on the context, of course, but the principle remains the same: Use every single repetition of a new song, in rehearsal or performance, as an opportunity to make even one tiny aspect of it better. Such surgical strikes can add up, quickly getting you closer to a polished performance from top to bottom.

How do you approach learning lots of music quickly? Tell us in the comments below.

Related Posts
Studying song structure can help you learn new material quickly
Improvisation and soloing techniques
11 improvisation tips to help you make music in the moment
Challenge yourself when music practice gets stale
Work For Hire agreements: The producer’s perspective
The Star-Spangled Banner: how to sing it right