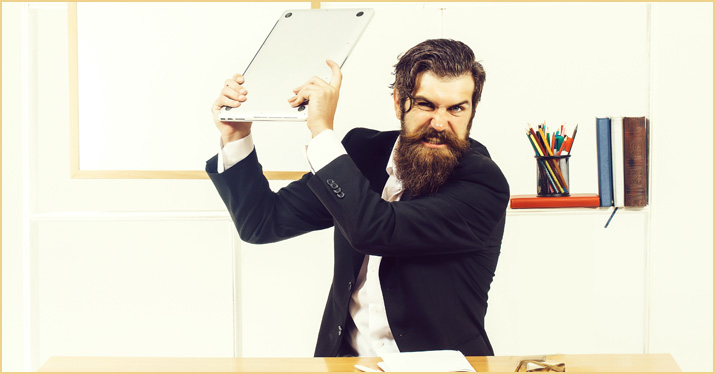 Brent Baxter and Johnny Dwinell discuss strategies on how to behave as a member of Facebook songwriting groups. Excerpted from The CLIMB podcast, “STOP Ruining Facebook and Your Career.”

Brent Baxter: I’m pulling my phone out here. A little live experiment. I’m going into a songwriting group on Facebook: it’s a public group, it has over 9,000 members, which is a lot. Big group. Okay, let’s just look and see what’s what’s going on.

Here’s one guy: “My original song … blah blah blah … video link.” Next one: “I’ve been reluctant to advertise but I put so much into this book about writing lyrics that I … blah blah blah.” Next: “Hey everyone, I’m an experienced poet and lyricist, listen to some of my songs…” Another, “Listen to my beats on my YouTube channel. Don’t forget to Like and subscribe.” Forget that, I don’t even know you. Here’s someone with a link to a blog post. Oh, “Here’s something I wrote a long time ago.” Nice, so at least I know it’s not fresh. Here we go, “Here’s some more songs I just wrote.” OK. Here’s two in a row: “Constructive criticism, please.” And finally we get to an actual comment and somebody making a statement.

BB: It’s a bunch of people in a room, and they’re all screaming into the corner saying, “Look at me!” I don’t know how many of y’all spend time in those Facebook songwriting groups, but it is just brutal. I’m a member of a lot of groups and I’ll go in and sometimes, and I’m just looking to add value. I’m looking for someone asking a question, maybe I can pop in real quick and answer a question or encourage somebody. Something positive, right? But, you know man, to listen to a 4-minute song just so I can drop a little value and move on … I don’t have time to do that all day long.

Give me a question, or give me a statement. Give me something I can work with. But I don’t want to go check out your song, I’m sorry. And odds are you don’t check out other people’s songs either. Stop ruining Facebook! So that’s been a burr in my saddle and it’s one of the big reasons I started the Songwriting Pro Facebook group. It’s a private group you can you can join, but we just want a little more control over who gets in there so I can boot people out if they don’t behave themselves.

JD: It’s the same thing all over social media. “Come check me out – here’s a link to purchase my music at iTunes.” Has that ever worked, even once? Is there anybody out there who said “Check me out on iTunes” and somebody spent $10 on a CD to find out if you’re any good?

BB: I’ve never done it. I don’t click those links. I don’t know you.

Listen, I’ve got some grace for people who do that stuff, because they’re trying to doing something proactive, right? But the way they’re going about it is just not helpful to the audience and it’s really not helpful for you as a writer. There are much better ways to go about it. But there’s not an A + B = C path in the music business. A lot of people have some talent, they write songs, and they don’t know what to do with them. “How do I connect to the music business? How do I find co-writers? How do I get my stuff out there?” They don’t know what to do, so they figure, “Well I can post links. That’s something I can do.”

So I get that you’re trying to hustle and make some stuff happen, and God bless you, I appreciate that. But we’re here to help you do it better so you get some actual results.

The stuff that’s ruining Facebook songwriting groups are these “hit and run” link postings where you’re not engaging with the group. You’re just like “Here’s my song, I’ll post another one in 30 minutes, and adios! You won’t see me on anyone else’s posts.” It’s just the whole “check out my song” mentality. If I don’t know you, why would I do this? There’s no discussion, they’re not asking questions, they’re not encouraging people, they’re not telling a story. It’s just taking, right? They’re not giving anything. There’s no sense of community.

JD: You’re saying basically that there are no relationships being made, they’re just walking through the front door hoping to get discovered.

BB: Or they’re just not sure what to do. Well, first of all, you’re in a group for songwriters, so really that’s not the best place to make fans. These songwriters aren’t really looking to become someone else’s fan, they’re focused on getting fans themselves, so you’re trying to sell to a bunch of sellers. It’s like a bunch of people trying to sell oranges in the same room. Nobody’s hungry, they’re all there selling oranges. Don’t go there, go where people are hungry. So that’s one thing.

You’re looking for something to do, you’re just not sure what to, so you’re gonna get busy, you’re just gonna be busy, but it’s not it’s not effective. I think sometimes it’s a way of hiding. “Hey man, I’m being busy, I’m hustling, I’m busting it.”

JD: You’re telling yourself a story that you actually did something that could be construed as productive. But it’s exactly the opposite. It’s a story that allows you to hide and not do the hard work.

BB: Right. And you’re not evil if you’re doing this, I just want to educate you.

I’ve got two words that are going to help fix this for you and make Facebook a better place. Two words: add value. And by that, I don’t mean your music, okay? Your music is valuable, but not until we know you. Add value, think about what you can do to make the group a better place. Sometimes the best thing you can do is just add to the silence. Don’t add to the noise. The first rule of cutting through the clutter is “Don’t add to the clutter.” Right?

So you want to engage, meaning you want to talk to people in the group. Hopefully, you find somebody who’s starting a conversation other than “check out my song.” If you can find those people – and they can be hard to find – ask a question or share some frustration or something to build them up. Engage. Even if it’s like, “Man, I struggle with the same stuff,” or “It’s alright, you’re gonna make it. Just keep trucking.”

If nobody’s doing that, start your own thread. Reveal a bit of yourself, something personal that doesn’t have a link attached to it. Maybe just something you’re feeling. Ask your own question or post something encouraging for other people. You might have to do that for a little while before people start responding because they are used to just posting their own stuff and running away. But if you find one of those good groups where people are talking, jump in and continue the conversation. Or start your own.

The CLIMB is a show produced by Brent Baxter (award-winning hit songwriter with cuts by Alan Jackson, Randy Travis, Lady Antebellum, Joe Nichols, and more) and Johnny Dwinell (owner of Daredevil Production) that’s dedicated to helping singers, songwriters, and artists like you create leverage in the music business because that’s what you’re gonna need. You’re gonna need some leverage, you’re gonna need an audience, and you’re gonna need a reason for people to stand up and salute you. It’s not just about your talent – you’ve got to bring the business, and that’s why we call it The CLIMB, it’s an acronym that stands for “creating leverage in the music business.” Hear this entire podcast and more at theclimbshow.com.

Related Posts
Marketing music? Where is the traffic coming from?
Are you writing for an audience of one, or one million?
Refine the quality of your questions to find success in music
Five traits you need to make a living in the music business
Permission marketing and the new music business