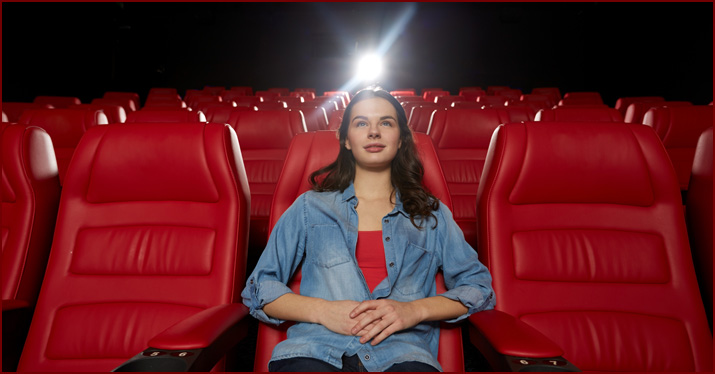 If you’re hoping to land a cut, there’s one listener who definitely must connect with your song: the artist you’re pitching to. That’s your first listener, the one who will hear it before the masses.

In “How cuts can increase your money-making potential,” I begin a discussion of how you can open new revenue streams by getting other artists to record your songs. In “The first steps to pitching your songs,” I discuss how you can get your songs to those artists. “Landing a cut can jump-start your music career” dives into how getting cuts by other artists can open bigger doors for you in the music business.

An audience of one or one million?

I’m sure we’ve all had this experience: you’re in the room with someone who is on the phone and is really excited about something. She’s saying, “really?” and “that’s awesome!” But you have no idea what she’s talking about. So you try patiently sipping your coffee while attempting to decipher the hidden meaning of her half-conversation. Well, that doesn’t work. So you try to catch her eye, mouthing “what is it?” But she just waves you off and continues on the call. Frustrated yet? Of course you are.

But if you expect this song to be for the masses, you need to let them in on the joke. Otherwise, they may become frustrated or confused, or they’ll just tune you out.

This is not to say that every song you write has to be about an inch deep and impersonal. That’s certainly not the case. You can write intensely personal, meaningful songs. However, you MUST provide a way for the listener to “plug in” and connect with what you are saying.

And if you’re hoping to land a cut, there’s one listener who definitely MUST connect with your song: the artist. That’s your first listener, the one who will hear it before the masses.

Remember, these songs aren’t for you to sing, we’re trying to get other artists to record your songs. This artist must hear your song and connect with it. That’s not going to happen if the lyric doesn’t make sense to him.

I believe this is a big reason why country music has always been based on story-telling and concrete imagery. Those elements are a great way to pull a listener in. And since country music has largely been built by songwriters who are not the performing artist, songs are written this way to pull in the first listener: the artist.

An artist or her team (A&R, producer, etc.) have hundreds of songs thrown at them for every project they record. With that avalanche of melodies and lyrics coming at them, they don’t have time to live with a song until it grows on them. They need to connect to it immediately. Then they’ll live with THOSE songs until they decide which few will be recorded. Your song is less likely to connect with an artist or his/her team if the lyric is too “inside.”

So, you finally did it! You have an opportunity to pitch a song to a label or producer for one of their artists. Awesome! You’re excited, pumping your fists in the air and wondering how many bottles of champagne you can fit on a yacht, when all of a sudden, it hits you…

“Should I play a full demo, a guitar/vocal, or a work tape?”

Like so many questions in the music biz, there’s no one right answer. Personally, I’ve gotten cuts in a few different ways. “Monday Morning Church” (Alan Jackson) and “Every Head Bowed” (Randy Travis) were pitched with full demos. “Last Night Last” was written with Lady Antebellum, and they demoed it themselves before they cut it. “Crickets” was pitched as a guitar/vocal for Joe Nichols. And “When Your Lips Are So Close” was a co-write with the artist, Gord Bamford, and cut from the work tape.

So your songs don’t HAVE to be demoed to get cut. But, honestly…

“Any producer or A&R rep worth anything should be able to hear a great song even if it’s not demoed!”

I agree. But it isn’t that simple.

First of all, your song may never get to the A&R rep or producer. What if an intern or low-level A&R person listens to the “other” songs (the ones that don’t come in from already-established writers or publishers), and your song ends up on his desk? Can THAT person hear your hit song through a work tape or simple guitar/vocal? Maybe. Maybe not.

Remember, you’re not the only songwriter trying to land a cut. The producer or A&R rep will be listening to hundreds of other songs by a bunch of other songwriters, and many of those demos will sound amazing. That’s your competition. A poor recording puts your pitch at a disadvantage.

At the end of the day, you want your songs to sound professional and competitive. That may mean full production with a killer demo singer. Or it may mean guitar, some loops, and a good co-writer vocal.

“Not a problem,” you might say. “I make my own killer records, I’ll just pitch my album version of the song.”

For one thing, they serve different purposes. An album cut might be produced to speak to your fans and fulfill your artistic vision. That’s great, but a demo exists to DEMOnstrate what a song can be to an artist or producer. Some records end up sounding like the demo. Some demos sound like records. But don’t just assume that will always be the case.

For example, your magnum opus album-closer with the two-minute intro and extra-long turnarounds might be great for your hard-core fans. Maybe it kills when you play it that way live. But artists, A&R reps, and producers don’t have time to sit through a two-minute intro. Heck, even a 30-second intro is going to frustrate them. Keep your intro short and to the point. No need for long solos. The pros can figure out for themselves if they want to add one, and what to do with it.

Also, you might have some very signature vocal licks or tricks. That’s great, it helps define YOUR sound. But your sound might be so distinctive and different that another artist might not be able to hear himself or herself in that recording. It might be so “you” that they can’t hear “them.”

I’m not suggesting you take all the cool stuff out of your vocal and just aim for bland vanilla. Every artist is different and will be attracted or repelled by different things, and there’s no way for me to tell you in this blog post how stylistic you can be in your demo. Just be aware of this and use your own best judgment.

Build a recording to suit its intended purpose. Records are for radio, streaming, and albums. Demos are for pitching. Keep that in mind.

Here’s your homework. Do an Internet search for “demos of hit songs” or “demo versions of popular songs.” Many songwriters post their demos on sites like SoundCloud. I’ve posted a couple of my demos-turned-cuts on Frettie.com. “Crickets” (recorded by Joe Nichols) is a guitar-vocal, and “Monday Morning Church” (recorded by Alan Jackson) is gender-swapped from the hit.

Related Posts
Mailbox money: How cuts can increase your money-making potential
The first steps to pitching your songs: Mailbox money, Part II
Landing a cut can jump-start your music career: Mailbox money, Part III
How to submit your songs to music blogs, record labels, radio, and press
The people who make music, Part I: Musicians, songwriters, and engineers
Want to make more money with music? Here’s How (Part 1).

5 thoughts on “Are you writing for an audience of one, or one million? Mailbox Money, Part 4”