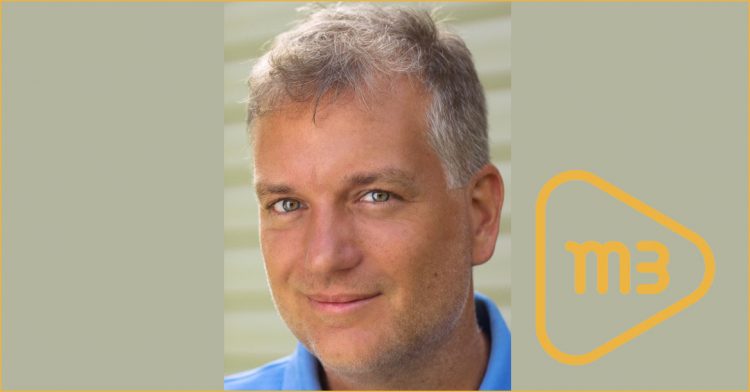 The “Mentoring for the Modern Musician” podcast sets out to cut the learning curve for musicians in an ever-changing music industry through interviews with industry insiders. Last month, Adam and Michael Scharff caught up with musician/author/Disc Makers Blog contributor Scott McCormick to dig deeper into Scott’s three-part DM Blog series on the inimitable Brian Wilson. Here’s an excerpt from the conversation.

Adam Scharff: We are really interested to have you on the show for a number of reasons, but in particular because you’ve done these great pieces about Brian Wilson. Where do you place him among producers in history in terms of importance?

Scott McCormick: Well, he’s usually considered, at least in the ’60s, as one of the most influential producers along with George Martin and Phil Spector. For me, I think the production stuff is interesting, but what makes him so special are his arrangements. He used a lot of the same production techniques as someone like Phil Spector, like the wall of sound, but I think where he really stands out is how he arranged songs and how he used instruments – and didn’t use instruments. He tends to mix a lot of unusual instruments together to create new sounds, so it’s often unclear what instruments you’re hearing, but he’s got that nice combination of a big sound but also the clarity that the Motown records got.

Michael Scharff: In one of the posts you did [“The ingenious musical arrangements of Brian Wilson and The Beach Boys“], you included a 13-minute behind-the-scenes video during the recording of Pet Sounds, and what struck me about the video is that it looked very similar to the way Phil Spector recorded, where all the musicians were in the same room. I’m curious if you have insight into how they were able to get the separation then, even though there had to be bleed.

SMc: I think he was very careful about the instruments he chose and how he was able to match them up. One of the things I talk about in that article is his use of drums. If you compare The Beach Boys use of drums to The Beatles, Ringo is constantly smashing away on the cymbals, especially in the early songs, and it’s great because it’s very punk and it’s driving the songs forward, but The Beach Boys don’t do that at all. In fact some of the only times you’ll hear a cymbal on most of their records is a splash to add some color or for a transition or something, but mostly they’re not there at all. Wilson will rely on a piano, instead of the drums, to drive the song, and I think it’s just because he didn’t want that to interfere with the high harmonies the band was singing.

AS: That’s fascinating and I’m trying to imagine producing and removing all of the cymbals. It’s such a trick, right? Crash on the one, and we’re into the chorus, or a snare hit on the two with a crash – the Fleetwood Mac thing – and I hadn’t thought about drums in The Beach Boys’ music until I read your post, and then I went back and listened to all The Beach Boys stuff I know and it’s absolutely not there.

SMc: And you don’t miss it, it’s very easy to not notice that it’s not there.

MS: Yeah, it doesn’t feel like anything is missing at all.

AS: Right, you definitely don’t listen to a Beach Boys’ production and think, “You know what I wish there was more of is…” whatever. Fill in the blank. Anything.

MS: Another thing you point out in the piece about the drums is that very often what will be substituted for a cymbal crash, or for the drums, is just a tambourine. That’s what’s driving the song. And again that video you linked in the piece, the drummer was taken off the kit in favor of a tambourine.

AS: You’ve got Hal Blaine – one of the best studio session drummers ever – and they’re like, “Hal, you’re not going to be playing drums today, you’re going to be on the tambourine.” But it’s something I would not have noticed until you pointed it out in the piece.

SMc: I find that’s true of a lot of music, you hear songs so often that you stop listening and you have a kind of cartoon version in your head of what’s happening, and if you go back and actively listen to it, it can be surprising what’s going on in some of these tunes.

MS: That’s an exercise I do with myself, I go back to “pre-musician” music, music I listened to and loved before I learned to play instruments. You go back to the stuff you loved as a kid and listen to it with a producer’s ear, and you’re like “Why is the tambourine so loud in all this stuff? I never even noticed it was there.”

SMc: I was listening to “Little Honda” the other day, an early Beach Boys song, it’s one of their more rockin’ tunes, and there’s a bunch of instruments – guitars, piano, a Hammond organ – but really what’s providing a lot of the rhythmic background is the band humming. You don’t even realize what it is you’re hearing.

In addition to their M3 podcast, the Scharff brothers offer several music management/development services. You can purchase the “Video Vault” from their site for $97 with hours of topic specific virtual mentoring. They also offer one-on-one mentoring sessions with artists, offering a variety of services including a career assessment, social presence audit, career crisis counseling, and more. And if you are located in the Northeast, they even offer recording services. Learn more on the m3artist website.

Related Posts
The ingenious musical arrangements of Brian Wilson and The Beach Boys
Brian Wilson’s songwriting tricks and techniques
“Good Vibrations” and Smile: A complex album built on a song
Add a little jelly to your home studio recordings
Mentoring for the Modern Musician: The Disc Makers interview