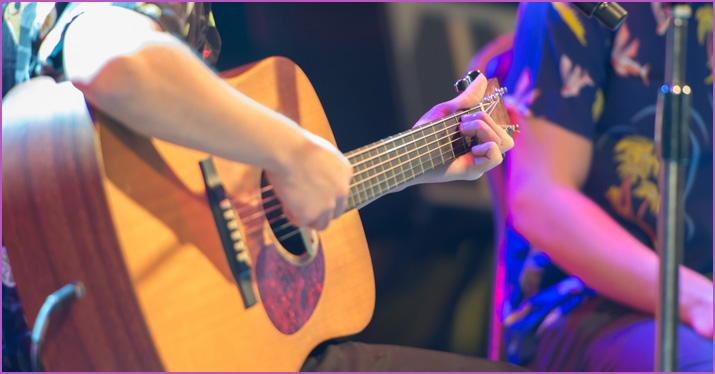 You may already have the makings of a network that can help you pitch your songs to other artists — maybe even signed artists. Do your homework. You might be sitting on a mountain of contacts who could open doors of opportunity for you to earn some mailbox money.

In “Mailbox money: How cuts can increase your money-making potential,” I began a discussion of how you can open new revenue streams by getting other artists to record your songs. Now let’s dive deeper into HOW to actually get your songs to other artists.

Odds are, you’re already out playing shows and meeting other artists. This is a natural place to start. If you’re sharing a bill with another band, you probably have similar music and fans. Get to know that other act. Are they a good fit for your music? Do they write all their own songs? Is the artist or main songwriter in the group open to co-writing? And here’s the big question: Does the other artist actually sell any records?

If the other artist isn’t selling, and you don’t see that changing in the future, there’s not much point in getting them to record your music. After all, the goal here is to open up new revenue streams. If that artist isn’t making money, you won’t make any money, either. But if you think they are great and are going to blow up one day, it’s wise to get in on the ground floor. Build that relationship while the artist is still accessible. Play the long game.

Consider your existing network. Do you know someone who could be a gateway to another artist, maybe even an artist who has a record deal? Musicians often hop from one band to another. Drummer X might be in your band one year, with Artist Z the next, then with Band Y the year after that. He could be your connection to both Artist Z and Band Y.

Do your homework. You might be sitting on a mountain of contacts who could open doors of opportunity for your songs. But you have to be proactive. These contacts aren’t going to call you up out of the blue and ask, “Hey, do you have any songs for this band I’m playing with?” You have to act. You have to reach out, or nothing will happen.

Pitching through a publisher

The ins and outs of music publishing has been the subject of entire books, so I’m not going to cover everything here. But simply put, a music publisher’s job is to exploit songs, i.e. get them recorded and earning money in the marketplace. They do this in exchange for full or partial ownership of those songs. The ownership of the song is often called “the copyright.” You write the songs, the publisher gets them recorded, and you split the money.

If you sign a publishing deal, you enter into an ongoing business relationship with that publisher. Basically, the publisher pays you an up-front advance (commonly called a “draw”) each month in exchange for your share of the copyright of every song you write during the term of your agreement. First you pay back the draw out of your songs’ royalties, then you split the money after that. There are a lot of particulars, and details vary, but those are the broad strokes of a publishing deal. They pay you a draw for a certain amount of time in exchange for ownership of the songs you write during that time.

Should you use a publisher?

Why should you consider giving up the ownership of your songs? Is a publisher worth it? It depends on your situation. A lot of the value a publisher brings lies in his relationships. Publishers know a lot of people in the music business, and they work to get their songs in the right hands and their songwriters in the right writing rooms.

These days, publishers act more like songwriter managers than just song-pluggers. (Song-pluggers are people who pitch songs in the hopes of getting them recorded. They are song-salespeople, basically.) They put a lot of focus on putting their songs and their songwriters in a position to make money. If you don’t have strong industry relationships or leverage, you might need a publisher to provide that for you.

Also, publishers are putting more and more emphasis on signing and developing artists. They know the surest path to a cut is to publish the artist. So working with a publisher gives you a better chance of getting in the room with those artists. (It’s in the publisher’s interest for their writers to write with their artists because they’d own and get paid on the whole song, versus a half or a third of it.) They may also put you, as their writer, in the room with an artist who isn’t on their roster, in the hopes of landing a cut with that artist.

Are you giving away all your songs?

Should you be so fortunate to be offered a publishing deal (they’re hard to come by), there’s a lot of variation on how they can be structured. Though a publisher will want a stack of songs to work with right away (meaning, you bring in songs you wrote before the deal), you might want to exclude the songs you’ve already released as an artist. That way none of the money from your own sales of your song goes to the publisher.

Going forward, you might craft a deal that excludes songs you release as an artist. I used to work for a publishing company’s administration department, and we worked with a songwriter who both wrote for others and for himself as an independent artist. In his particular case, the publishing company still owned the copyright on his songs, but they didn’t take any money earned on songs he released himself. If “Song A” came out on his own record, he got all the royalties. However, if “Song A” got recorded by another artist, the publishing company would share in those royalties.

So don’t think that you have to give up everything to sign a publishing deal. If the publisher wants you badly enough, a deal can be put together many different ways.

I hope this has broadened your thinking and given you a kick in the pants. Gaining access to artists and getting cuts isn’t easy. It takes intentional, patient, and aggressive action on your part if you want to get in the game.

Make a list of your music contacts: musicians, singers, producers, studio owners, sound guys, booking agents, etc. Then list who they know, whether it’s someone they currently work for/play with or someone they used to work for/play with. Consider if you have any songs – or could write any songs – for those artists. If you find one or two who are a good fit, reach out to your contact and start a conversation about your songwriting goals, their goals, and how you can help each other.

Don’t just be a taker. Being a giver will lead to a lot more long-term success. Plus, it’s just a better way to live life.

Be sure and stop back by for my next post in this series. I’ll be discussing additional, hidden benefits of getting your songs recorded by other artists. Stay tuned.

Related Posts
Mailbox money: How cuts can increase your money-making potential
Landing a cut can jump-start your music career: Mailbox money, Part III
Are you writing for an audience of one, or one million? Mailbox Money, Part IV
3 steps to get your songs in music libraries
How to submit your songs to music blogs, record labels, radio, and press
The people who make music, Part I: Musicians, songwriters, and engineers
Marketing music? Where is the traffic coming from?
Want to make more money with music? Here’s How (Part 1).

7 thoughts on “The first steps to pitching your songs: Mailbox money, Part II”