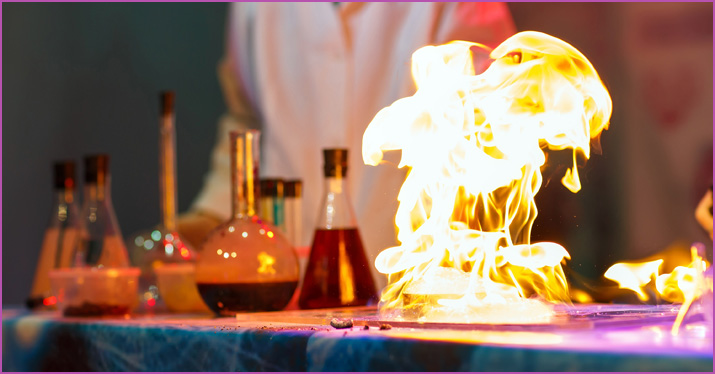 If some specific music promotion worked for you once, it will probably work again. But it won’t go beyond that — you won’t grow and you probably won’t be more successful.

One problem I see all the time in the world of indie music is the enormous number of musicians who stay inside their comfort zone when it comes to music promotion.

What do I mean by that?

Let’s say you’ve achieved some level of success promoting your music one way. It’s easy to think that if you just keep recycling through that idea over and over and over again, the success will keep coming.

So maybe you have a formula for a social post that always gets a lot of likes and comments. Or perhaps it’s a launch plan to release a new single that you use all the time. Instead of trying to think of something innovative, new, and exciting that your fans will like, you fall back on ol’ reliable.

Of course, there is logic in this approach: If something worked for you once, it will probably work again. But it won’t go beyond that — you won’t grow and you probably won’t be more successful. Not to mention your fans will get bored of seeing the same thing time and time again.

In other words, you’ll find yourself stuck in a rut or caught on a plateau. And that’s just frustrating. I know you’re looking for more.

So today I want to put things into perspective and give you some ideas and inspiration that will hopefully get you excited about trying new things in your music career.

The value of failing

Nine times out of ten, the thing keeping you in your music promotion comfort zone is a fear of failure.

Trying new, untested ideas presents unavoidable risk. It could be a total flop. And, of course, after you put everything you have into your music, you naturally want it to be heard and loved.

But let’s get something straight: Failing isn’t all bad. In fact, I can guarantee that all of your favorite artists have at least a few crippling failures behind every one of their biggest successes.

You’re going to run into a lot of things that don’t work. Learn from those experiences to fine tune your approach for next time, because if you push the envelope, you’re also going to find some things that work really well!

Think about it. Many of the cool strategies you use every day to get your music out there started out with one innovative musician saying to himself, “Hey, what if this crazy idea works?”

Pomplamoose was one of the first independent music groups to use YouTube to release songs and covers. And now look at the platform — it’s one of the biggest music consumption and discovery platforms in the industry!

Amanda Palmer was one of the first artists to put crowdfunding on the map as a viable funding option for indie musicians. And now I bet a lot of you reading this have used crowdfunding in some form to finance your albums.

They could have failed miserably by going out on a limb, but they went for it anyway.

There’s this awesome quote from Jack Conte, one-half of Pomplamoose and the creator of Patreon, that I always come back to because I don’t think I could put it any more perfectly.

“If you’re going along with the status quo, you’re probably not going to fail as much. But it also means you’re not really doing anything that interesting. When you’re really taking risks and pushing boundaries and innovating, failure is just going to happen.”

Albert Einstein said that insanity is doing the same thing over and over again and expecting different results.

The simple truth is that if a follow-for-follow strategy on Twitter has been getting you about 20 new followers a day for the past 5 months, it probably won’t make your Twitter account blow up in a viral success overnight out of the blue.

Similarly, if you always promote your gigs the same way and get 100 people out, you can’t get upset when you use the same strategy again and don’t get any more than that.

It’s perfectly fine to have strategies you rely on, but don’t expect different results, especially in the quickly evolving music industry. There are new tools, strategies, revenue streams, and ways to communicate with your fans cropping up all the time. Sticking with something on infinite repeat is a sure way to get left behind.

Experimenting doesn’t necessarily mean throwing everything to the wind and starting from scratch with a completely new idea. In fact, I recommend just the opposite: start out by making small tweaks to your efforts and measuring those results.

Why? Because it’s much easier to test things and see exactly what is making a positive difference when you only have one variable.

That said, for any new idea you try, it’s extremely important to have some kind of data to look at to determine whether or not it was successful. Set a test period and use your social media analytics, website analytics, and Google analytics to see exactly what kind of an impact your idea had.

I think the best way to illustrate what I’m talking about is with an example.

Let’s say you want to bring more attention to your YouTube channel, grow your subscriber base, and get more people liking and leaving comments on your videos.

Maybe you try switching up just your thumbnail design for a few weeks. Does a more attractive thumbnail image get you more views and clicks? Does it bring in more subscribers?

Maybe after that you try adding a short intro to your videos where you ask your fans to comment and join in a conversation. Does that have an effect on the number of comments you get? Do your videos get better viewer retention?

After that, maybe you try doing a few collaboration videos with other musicians on YouTube. You record two covers together and do a little cross-promotion. Does that get you new subscribers? Does it get you more views?

You see? If you had changed all three of those things at once and you saw a boost in subscribers, you wouldn’t know which one was the cause. Purposeful experimentation takes the guesswork out of things and will help you fine-tune your approach in the future.

This experimentation method is the backbone of the New Artist Model system. If you want to learn more (and get more examples and case studies), check out my best-selling eBook, Hack the Music Business. You can download a free copy here.