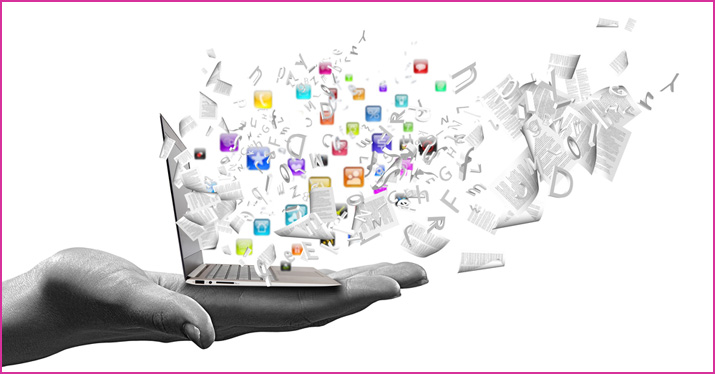 I know a lot of musicians aren’t exactly comfortable with the idea of promoting their music. It can seem disingenuous to wave your own flag. But there are plenty of ways to raise awareness for your music, merch, email list, and gigs without resorting to those awkward “Buy my music!” posts on social media.

So today, let’s talk about the most effective way to market your music: content marketing.

I know, “content marketing” doesn’t exactly sound like a fun thing aspiring rock stars would want to do. But, it works, and many of the most successful indie musicians use a content marketing strategy (even if they don’t know it).

At its core, content marketing is a simple shift in mindset. Instead of pushing your music out in front of people, you’re going to pull fans in with enticing and interesting content and make them want to hear from you. We call this “pull marketing.”

Reading this blog is content marketing. Content marketing uses valuable and interesting content to draw in and retain your audience and eventually turn them into buyers and supporters of your career.

For example, instead of posting “Check out my new song!” on Facebook with a link to CD Baby, release a short video telling your fans about what the lyrics mean and include a link to purchase or pre-order. You’re grabbing their attention with something interesting and tying it into a relevant offer.

Instead of spamming announcements about your new album, create a vlog series on YouTube documenting the album creation process with easy links to pre-order. Release these videos in the weeks leading up to your new album to build up the hype (and the pre-orders). The band Mastodon did this really well with a 12-part making-of video series for their album Emperor of Sand.

Instead of just asking fans to join your email list, offer video lessons or exclusive events to make them want to join.

Not long ago, music marketing was all about pushing out a message with big money to get it in front of as many people as possible and hoping some people would bite. Artists with big record label backing could thrive because they had the big bucks to promote themselves and their albums.

But in today’s social media-dominated world, this tactic just doesn’t work anymore, especially as an indie artist with a minimal marketing budget. You just can’t shout loud enough to be heard over the crowd.

Of course, simple, straightforward announcements will always have a place in your promotions. But you want to make sure you’re not basing your entire strategy on shouting at your fans. Instead, turn it into a conversation, draw them in, and they will be much more interested.

It’s important to understand that you don’t need to reach everyone when you’re promoting your music.

For sure, it’s easy to get sucked into the glamor of a big follower count. But the number of followers you have on Facebook or Twitter is just that: a number. Having people on your email list or following you on social media who don’t really like your music won’t do anything to further your career.

The key is using the content you share to find the right people, fans who will actually buy your music, come out to shows, and support you.

Always keep your ideal fan in mind when you’re creating new social posts, blog posts, videos, or events. What will they want to see? (Hint: if you’re not sure, ask them!)

As an example, let’s say you know a lot of your fans are musicians. They might like to see tutorials, gear reviews, and play-throughs of your music. Granted, this may not work for everyone, but bands like Scale the Summit have used video play-throughs and tutorials to good effect. Deadmau5 has also been successful here by streaming his writing sessions.

I want you to think about how you engage with some of the bands and musicians you follow.

Which album would you be most likely to purchase?

Assuming the music quality is there for both, most people would go for the latter.

The key is to present it like entertainment. Who wouldn’t be interested to see what goes on in the studio? And after spending all that time watching that series, the fan is invested in your project, both from a time and emotional perspective.

Use relevant calls to action

Now I know you can’t make money by just giving out great content for free, and that’s where a call to action comes in.

A call to action is just asking your fans to take some further action. Maybe you want your fans to vote on a merch design, pre-order your album, pre-order a ticket to a show, support your crowdfunding campaign, or sign up for your email list.

The key is to keep the call to action relevant. Let’s run down some ideas:

Hopefully this article has given you some ideas to promote your music. Keep in mind that content marketing doesn’t have to be overwhelming. Don’t think of content marketing as a completely new approach, it’s just a way of optimizing and sharing content you’re already making.

If you want more guidance, I have two additional content marketing resources for you: