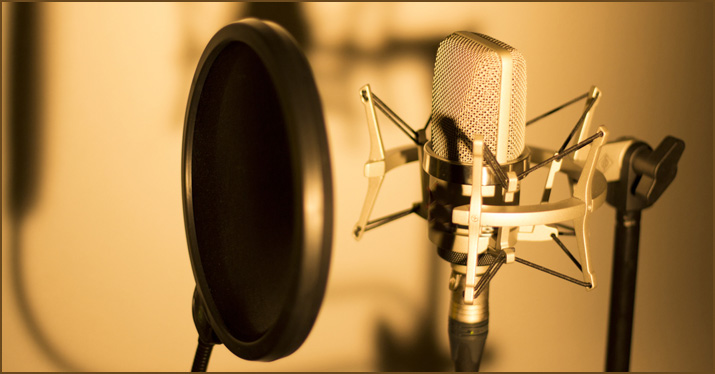 These simple tips will help you get the best results when you’re recording vocals in your home studio.

For all the challenges you’ll face recording in a home studio, vocals can be one of the most difficult. Professional studios have isolation booths ideally built and soundproofed just for this purpose and typically employ a collection of professional-grade microphones and headphone monitors, not to mention the general promise of total silence during the recording process.

Still, you can achieve great-sounding vocal recordings with a home-based setup, and perhaps even have more control limiting the number of band members, producers, engineers, and general hangers-on standing around being critical while the vocalist performs. While perhaps not acoustically ideal, a home studio space can definitely help put a vocalist at ease, if only because you have the luxury of unlimited takes without running up your studio bill. That alone can do wonders to soothe nerves and diminish performance anxiety.

To get the best sound from your home studio vocal recording, it’s worth investing in a decent cardioid condenser microphone. You don’t necessarily have to spend a ton of money either – some quality mics are available for as little as $100-200, like the tube-simulating MXL V67 series, which gets high marks for “old-school warmth.” If you’re looking for a direct-to-USB option for computer recording in the same price range, the Audio-Technica AT2020USB is a favorite of singers, podcasters, and voiceover artists who tend to work in all-digital environments.

If a cardioid mic isn’t a possibility, you can make do with whatever live stage mics you have on hand. Assuming you own an SM58 or something equivalent, you’ll want to place in a mic stand and include a foam windscreen. A dynamic mic like the SM58 is less sensitive than a condenser mic, is more unidirectional (which means you need to be directly in front of it), and will tend to capture more mid-range and not nearly the full frequency range of the expansive human voice. This can be counteracted, to some extent, with post-tracking EQ, where you can attempt to emulate a broader source signal.

A pop filter is a fairly indispensable accessory for controlling “plosives,” those pesky “p’s,” “b’s,” and other hard consonants that move too much air. A pop filter will also help with any lispy or farty “s” or “f” sounds. Singing off-axis – not directly into the microphone – can help to remedy these same issues in a pinch. And if you want to go all out, you can purchase a studio-grade shock mount, especially if you live in an earthquake zone or are prone to dancing spasms that might shake the mic during your passionate vocal performance.

Whether you’re looking to make the most of the live-sounding spaces in your home or cancel out every micro-ping of slap back on your recorded track, you’ll want to keep your sonic palette free of extraneous noise. In a modern dwelling, this is easier said than done. Most homes are humming with ambient noise from appliances, furnaces, fans, and various devices that seem to always be “on.” And if you live in an urban area, you’ll probably pick up a whole lot of street (and air) traffic and the general noises of the humans, machines, and animals you coexist with. When recording, close all the windows, shut every door, turn off everything short of life-support, and insulate yourself from family, housemates, and noisy pets. Condenser microphones pick up every noise – including the fan in the computer you’re using to record – so separate yourself from it as much as you can and point the mic in the opposite direction.

Constructing baffles or a homemade isolation booth to minimize natural reverb and delay can be done with relative ease using pillows, couch cushions, and strategically hung blankets (especially down-filled comforters). Experiment with materials and placement to soak up echo and deaden your space to your expectations. Carpeted rooms are much preferred for this purpose as well. In general, the goal is to eliminate as many hard, reflective surfaces as possible from your audio equation. So many of today’s plug-ins and digital reverb units are pretty excellent at simulating all types of rooms – from closets to halls to auditoriums – so starting with a “dead” signal might be preferable for home-studio recording. If you’re an analog acoustical purist, or just don’t want to scroll through hundreds of digital presets, you can record your vocal tracks in a more “live” setting.

Every live space is going to sound different, so if you’re looking for a particular sound, you might need to experiment and hunt for the perfect spot. For instance, a tiled bathroom produces a much shorter, snappier slap back than a large concrete basement or ambient hallway with a hardwood floor. Many engineers swear a tall, wooden stairwell provides the best natural reverb. Some have taken this to legendary extreme: Andy Johns recording John Bonham’s drums in a three-story stairwell at Headley Grange for “When The Levee Breaks” comes to mind. Whatever your final expectations, experiment with your environment and get creative: try doubling your vocals using different takes from different locations and blending them together, recording the main vocal track in a dead space and doubling it with an ambient one and mixing the two as you would with dry and wet signals inside a digital plug-in or effects unit.

When your home is your studio, you can spend as much time as you need to explore and perfect a winning formula in an environment that’s comfortable and accessible. Getting good results recording vocals in such an environment requires you define your vision, refine your space, and design your sound.

Related Posts
Choosing a signature vocal mic for your studio
Recording studio microphones: Good, better, and wow!
Acoustic treatment and your home studio
Building a home studio: Focus on acoustics and get the most of your home recordings
How to get a great vocal sound in your home studio

10 thoughts on “Recording vocals in a home studio”