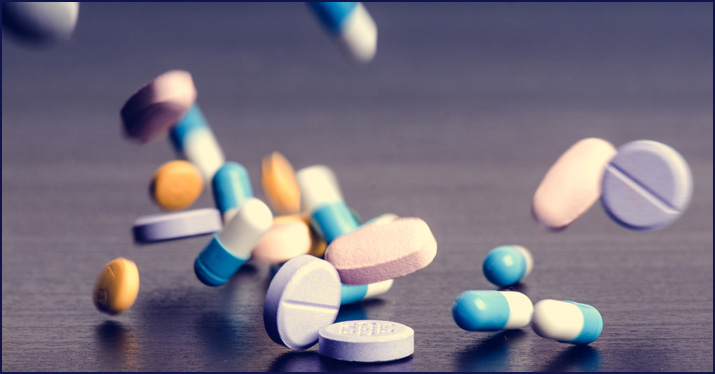 Define who your audience is, make a relationship, and get their contact info. These direct-to-fan relationships are the cure for your career as a musician.

I have a prediction, of sorts, about your music career. It’s more like a clear vision of what tomorrow might look like for artists who are looking for a record deal. I’ve got facts to support my theory, which makes this endeavor less magical and more observational. Fair warning: you might not like it.

Let’s start a ways back – 776 BC – when the very first recorded Olympics were held in Olympia, Greece. Among the events in those games was running, which means we have been timing people running for nearly 3,000 years. 2,793 years, and that’s a mighty long time, but I’m here to tell you…

I’m here to tell you that for 2,730 years, no human had ever run a mile in under four minutes. Then, on May 6th, 1954, Englishman Roger Bannister did it in three minutes, 59.4 seconds at Oxford University’s Iffley Road Track.

What an incredible feat, one that took thousands of years to achieve! It even got Sir Robert Bannister knighted.

Maybe it was a fluke, like winning the lottery, and it would be another hundred years – or at least a few decades – before anyone would do it again. After all, running a mile in less than four minutes was so difficult, it took 2,730 years for it to happen just once.

Forty-seven days after that, the two men raced against each other, and both broke the sub-4-minute mile threshold again! Bannister won that race, but failed to break the new record.

What the hell happened? And how does this apply to your career as a musician?

What happened is that Bannister broke the mental myth and proved it was possible to run a mile in under four minutes. In essence, he provided a cure for an ailment that was considered incurable. It’s an appropriate analogy, as many physicians believed – prior to May 6th, 1954 – that running the mile in less than four minutes was dangerous and could cause health risks.

Once Bannister did it, everyone knew it was achievable, and now it’s a regular occurrence.

Here’s how this applies to your career as a musician.

Your ailment, as an indie artist, is that you believe it’s too difficult to become successful without the help of a label or some sort of divine intervention. The music business agrees with this myth, but the old model is changing and the industry is still looking for its own cure.

The truth is, it’s possible to build a multi-million dollar empire from your laptop, just like Granger Smith (aka Earl Dibbles, Jr.) did.

Who is Granger Smith? He’s a modern-day Robert Bannister. He’s a country music artist – with an alter ego named Earl Dibbles Jr. – who created an annual $1.8 million career as a musician via content marketing on social media and YouTube.

Smith defined his audience, targeted them, and produced content that was relevant and personal to them. In the case of Earl Dibbles Jr., the content included a set of humorous songs and videos that were personal to people in the South, so many people shared them, which built Smith a huge audience. And record labels took notice. As far back as three years ago, record labels began scrambling to sign him.

But Smith and his team always declined, because there was no need, at that time, to let anyone put their hands that deep into his pockets. If you haven’t already done the math, $1.8 million per year breaks down to $150,000 per month gross. Now that’s a business, and that’s what labels want: viable businesses with built-in audiences which they can connect to their infrastructure and blow the brand up bigger.

You see, the labels are ailing, and their cure is you creating a business with an audience and actual cash flow. But most of you still want to sell the potential of you, mostly because you don’t want to do the work. But I digress…

This next part, to be clear, is my opinion, but that doesn’t change the fact that the outcome actually happened, so pay attention.

Granger Smith was not going to get a #1 song unless he signed with a label, so at some point, he and his team chose a label and signed a deal. I’m guessing he inked a pretty sweet deal based on the fact that he had been saying “no” for so many years. You always get a better deal when you don’t need them and they really need you: that’s just supply and demand economics.

If I were Smith, I would have put a performance clause in the contract, something that states the label had a certain amount of time to deliver a #1 single (or whatever he thought he could negotiate – a top 10 or top 40) or the contract is voided. If the label failed to produce, he’d be free to cross the street and try it with another label, with no obligations.

The fact is that Smith’s first single, “Backroad Song,” off of Remington, released by Wheelhouse Records, became a Top Ten country single and peaked at number one on Billboard’s Country Airplay charts. For all you can achieve as an indie, a #1 single requires an incredible amount of bandwidth and resources, including time, energy, relationships, cash, and the belief that it can happen.

Labels these day must be running essentially skeleton crews – considering how the record business has shrunk overall. Even at the best of times, the most promising artists got most of a label’s resources, and this must mean that ever more, the most promising prospects for a label’s bottom line will get the most resources and attention.

When Smith signed with Wheelhouse Records, I promise you there were some artists on that label who may have been more talented, but had to wait – and they’re probably still waiting. They had to wait until the Smith project panned out before they were going to get access to the label’s resources.

So if you’re an artist with a ton of talent, but no audience, what if a label says “yes?” A record deal can be a blessing or a curse. It’s up to you stack the deck enough to control the outcome, because you know there are other artists modeling their approach the way Granger Smith did it. Not necessarily by creating a funny alter ego, but by creating compelling content that is personal and relevant to their audiences.

These audiences are anticipating every email, every video, and every social media post from the artists they’re connected to because they resonate with the content. These artists are building their empires while you’re waiting for your deal. They’re going to get their label deals with big numbers of fans promising a big bottom line return and, for a while at least, all the money, energy, and attention of your future label will go to them.

Indie artists need to get on board with the program: getting a deal is not a viable alternative to building your own audience because your talent and potential won’t matter to a label who just signed an artist with a rabid audience and healthy cash flow.

Contact capture is necessary to build your audience. After you define who your audience is, go find them, make a relationship via social media and/or live shows, and get their contact info. These direct-to-fan relationships are the start of the cure for your career as a musician.

Related Posts
Will you take responsibility for your music career?
Refine the quality of your questions to find success in music
Your musical talent isn’t enough (to make it in the music business)
Connecting with your audience
Your live show is the best music marketing tool – just follow the numbers