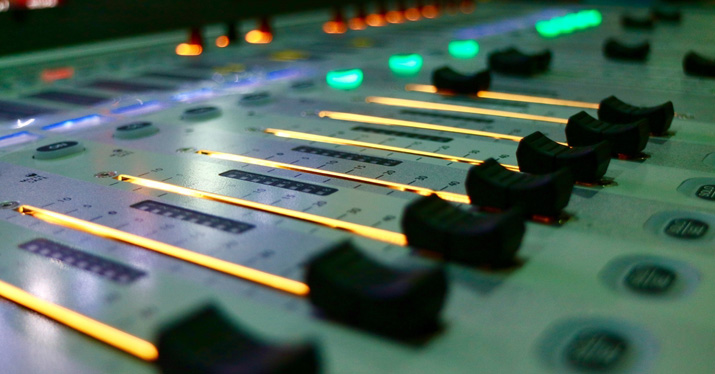 If you’re an audio mixing engineer who keeps second-guessing, can’t stop adjusting, or has a hard time walking away from a mix, you’ll benefit from the simple mixing mantras included here.

The digital audio recording age is characterized by a liberating – and often intimidating – expansion of processing options. That makes deciding when an audio mix is finished a considerable challenge. Then again, there’s freedom in the fact that hard drive space is relatively infinite, and as every multi-track recording program provides multiple layers of “undo” options, “permanent” is a relative term.

But there’s a point when you have to call it a wrap. As an audio mixing engineer, if you find you keep second-guessing your mix, can’t stop adjusting every knob and fader, or have a hard time walking away purely because of permanence anxiety, you’ll benefit from the simple mixing mantras included here.

Be true to thyself

Producers schooled in EDM, hip-hop, and electro-pop often treat sounds and effects as part of their palette of instruments, so tweaking settings and tones can be considered part of “tuning up” and getting the mix right. If you approach recording from this direction, it’s OK to dive deep into the details of how things sound. That said, however fast you may be at processing and tweaking sounds, you may get mired in the sheer volume of sounds, beats, and loops available to you. Limiting yourself to a couple of reliable soft-synths and a single beat library per project might help keep you focused and cut down time wasted chasing too many options.

On the other end of the spectrum, if you’re a producer from a singer-songwriter background, the recording process can be daunting as it may be difficult to nail down important tonal characteristics that take time, skill, and patience to achieve. Rather than tweak every sound, it may make sense to lean on factory presets. Engineers get paid to work on these algorithms, and they can produce excellent results in reasonable time frames when you pick filters that produce the sound you’re chasing in your head.

Let the song be your guide

Arrangement is a balance between being creative and being practical and shouldn’t be a showcase of your multi-faceted musical intellect. While creative arrangements can inject memorable hooks, provide seamless transitional phrases, and introduce melody-reinforcing accompaniments, hasty or unnecessary additions are usually counterproductive. Over-using your DAW’s nearly limitless number of tracks to build sections of a recording is a temptation for modern producers, but good ones know when to rein in their wall-of-sound tendencies. You can always add a powerful, swirling, Leslie-driven Hammond organ to emphasize a crescendo, but does it serve the song?

Limit your number of tracks

While digital recording has radically expanded tracking and layering options, it has also unleashed many producers’ tendencies to over-track. Technically, while there is almost no limit to the number of tracks your recording software can handle, there are limits to your listener’s ability to process what he’s hearing, and at some point, too many tracks melt into aural mud.

A discerning producer will ask himself if each element provides an essential contribution to the overall composition/production – track by track. If the answer is “no,” toss it in favor of empty space. This doesn’t mean you should limit your options if you have the time and the budget – some engineers will place 30 mics around a drum kit and whittle them down until only four or five end up being used – but unnecessary complications won’t make your final product better. The end result should be tastefully refined. Treat your final mix like a fine culinary dish that benefits from exactly the right ingredients in the right measurements, rather than an indiscriminate assault of every flavor you can get your hands on.

Compress with a light touch

Compressors are tempting to use, especially on instruments that exhibit extreme dynamic peaks and valleys, like vocals, bass, and kick drums. Expertly woven into mastering chains with equalizers, maximizers, limiters, and noise gates, a compressor can help produce powerful mixes that punch their way out of speakers in crisp, articulate blasts. Over-compression – which is really easy to do – will leave a mix sounding flat, lifeless, and anemic, which is probably the opposite of what you are trying to achieve.

One way to try different ideas and arrangements, play with varying levels of effects, and provide perspective on whether a track is finished or not, is to save multiple versions of a mix. Just as digital cameras have made it easy and economical to take hundreds of pictures in an attempt to get the perfect shot, digital technology has given audio recording the same freedom. If you’re recording onto a hard drive and don’t need to be concerned about the cost or storage of analog tape, creating multiple mixes makes a lot of sense.

Try turning delay, reverb, and other effects on and off; add or remove doubled tracks to gauge their effect; experiment with vocal or instrumental arrangements; or even try different levels or panning of different elements in the mix. Don’t save too many versions, and have a system in place to identify what the differences are in every iteration, but having four or five versions to compare makes it easier to decide on the best final product.

A professional studio engineer might work with dozens or hundreds of musical artists in a range of musical genres. Though factors like the size of their paycheck might influence whether they believe your project is finished or not, an engineer invested in your satisfaction, quality work, and his own reputation will give you an honest answer about whether he thinks a track is ready for prime time. If you trusted an engineer enough to record in his studio – or to bring your home-studio-recorded tracks to him for overdubs, mixing, or mastering – you should trust his evaluation. An objective professional will bring valuable perspective to your project, especially compared to similar projects he or she has been involved with.

Check your mixes on multiple systems

Before you commit to a final mix, listen to it on as many different audio set-ups you can find: your home stereo, headphones, home computer, car stereo, boom box, and ear-buds. Finding the mix you like best after this last, multi-platform test will give you valuable feedback before you commit and make your ultimate decision on the best mix.