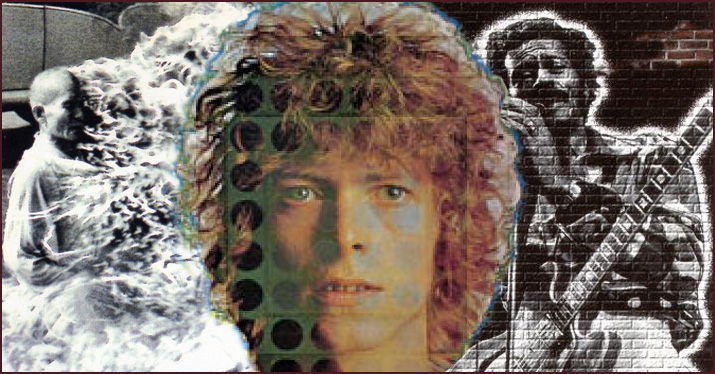 Sometimes going against common music theory rules ends up being exactly what a song needs.

At first glance, it can feel like music theory is full of “rules.” Pick up any good theory textbook and you’ll find detailed descriptions of how to name, construct, and analyze scales, intervals, harmonies, chord progressions, compositional forms, and a lot more that can make any creative person’s eyes glaze over.

These descriptions are often communicated in such a way as to imply that there’s a “right” and a “wrong” way to write a song. However, this way of thinking just does not reflect the real world of music. Theory is a way to name things, not a set of rules to be followed, and can be a good starting point to help you get the sounds in your head onto paper. But it’s not the end all be all.

Music theory is really a practice of learning the “rules” so you can break them. As you’ll see here, there are countless examples in music where going against common music theory rules ends up being exactly what a song needs.

One of the most commonly broken rules in music theory is the avoidance of parallel perfect intervals.

If you have ever played a power chord, you have played a perfect interval. In classical theory, parallel perfect intervals are avoided because (among other reasons) they cause the individual voices to lose their independence, resulting in a thinner and even blocky sound.

You can hear this for yourself. Try playing a perfect fifth, perfect fourth, or a perfect octave, then follow it with another perfect interval and see how it sounds. Try it again and this time follow the perfect interval with something like a third. You’ll notice that the perfect interval sounds almost “at rest” or “comfortable” for your ear. Hanging around that too long can get boring, so classical composers used more dissonant major, minor, diminished, and augmented intervals to add movement within a piece.

However, if Chuck Berry had decided to follow these rules, the guitar parts for “Johnny B. Goode” and the slew of classic rock music that came afterward would have been lost to all of us.

Nowadays, just about all of rock and pop music depends on parallel perfect intervals.

Another common rule in music theory is to play the correct chord qualities for each of the chords in a particular key. So, if you were playing in C Major, the diatonic chords (chords within the key) that you would build your progression from are C, Dm, Em, F, G, Am, and Bdim.

Following this rule is a great starting point when looking for strong chord progressions. Diatonic chords will almost always sound good together, so you can put a decent chord progression together without much thought. But, this rule has been broken many times in the service of great songs.

David Bowie’s musical catalog is a great example of this. Consider the acoustic guitar breaks in “Space Oddity” (which is also in C major). The chords in these breaks are C, F, G and A. Notice it is not an A minor chord. Instead, Bowie intentionally plays the wrong chord quality – and it sounds AWESOME!

Just because you are playing the “wrong” chord quality doesn’t mean you’ve played the wrong chord: sometimes the wrong chord is exactly the right thing for the song.

Playing in the wrong key: Rage Against the Machine’s “Fistful of Steel”

Finally, a typically unspoken rule in most tonal music is that you don’t play in the wrong key. The reasons for this are pretty obvious: playing in the wrong key can sound downright awful (we all know that cringy feeling when we hit a wrong note). However, there are some fantastic ways that even this rule has been broken.

A great example of this is the introduction of Rage Against the Machine’s Fistful of Steel. The song is basically in F# minor. However, half of the guitar part is made up of harmonies from G major. Juxtaposing F# minor against chords from G major is incredibly dissonant because G major has very little to do with F# minor.

As a result, the guitarist is essentially playing in the wrong key half of the time. And yet, the part totally works! Instead of just sounding harsh, it conveys the angst of the song very effectively.
It really goes to show you that anything goes in music and music theory.

All rules have their limits and are worth being broken sometimes – but breaking them is usually more effective when you know what the rules are in the first place and why they are there. Know the rules so you can intelligently break the rules, right?

If you are interested in discovering more about music theory and how it can help you in your creative work, consider checking out the music theory course, HIT Music Theory.

If you want to learn more about music theory and how it’s used in modern music, you can download this free eBook, Inside the Hits: the Music Theory Behind 10 Hit Songs.

Related Posts
Want to make more money with music? Here’s How (Part 1).
Using writing exercises to craft lyrics
Musicians who died in 2017
Microtones: the notes between the notes
Use mind mapping to unlock your musical creativity