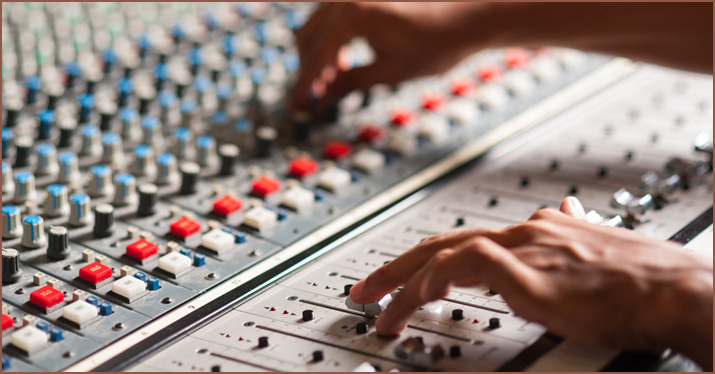 There are standard tricks a mixing engineer can call on to cater to and complement the song structure and arrangement and create a great overall mix.

A great song is not static: it grows, contracts, and changes from intro to ending to keep the listener engaged and create an emotional connection. By its very nature, music is dynamic, full of life and emotion, and an expert arrangement and mix should contribute to that.

When listening to an album or collection of songs that are mastered and mixed well, one characteristic the songs might have in common is a shift in energy from one section to the next. It’s typical that the feel of a song will change as it shifts from a verse to a chorus or a chorus to a bridge.

In a good mix, part of what you’re noticing could be a combination of additional elements being introduced (vocals, percussion, new instruments) and a change in the way the elements you’re hearing sound. These alterations create forward motion that propels the track or serves to pull back on the reins over the running time of a song.

There are standard tricks a mixing engineer can call on in service of these goals:

Every song is telling a story – through the lyrics, music, and mood of the song’s arrangement – and every good story has its ups, downs, and transitions. The mixing engineer uses the tools of his trade to frame and embellish the “plot” of the story so the song can connect with the listener.

Using automation in your mix

Another tool in an engineer’s arsenal is automation, which is helpful for changing the level of tracks from section to section within a song and can be used to achieve some of the same effects we’ve mentioned already. You can think of automation in two ways:

1. Corrective automation. Corrective – or “micro” – automation involves making slight, detailed adjustments to reduce the sound of breaths, even out a performance, or fix inconsistent levels. For example, corrective automation on a lead vocal track can emphasize particular words and phrases within the song and keep the vocal on top of the mix to achieve the best emotional impact. It’s a good idea to do this before setting any compression.

Create a connection with your listener

For all of these tips, and others you pick up as you gain experience, always strive to make your mix better. These ideas can all be effective in various scenarios, depending on the song you’re working on and the instruments recorded, but a great trick is only great when it’s used with purpose and serves the song. The goal of any song – and the instruments, sounds, performances, and arrangements that bring it to life – is to connect with listeners who have made an investment in your material. Give them an experience worth their time.

2 thoughts on “Mix with your song structure in mind”