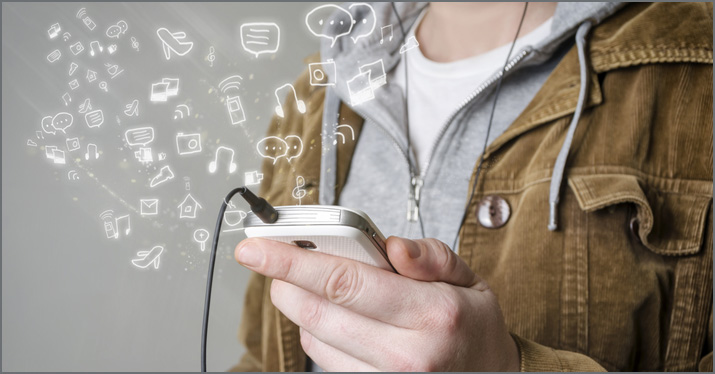 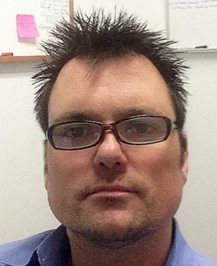 Johnny Dwinell is a veteran Los Angeles artist/producer/businessman who created Daredevil Production in 2011 to provide innovative artist development in the new music business. The Daredevil Production blog is a resource for artists and songwriters to use for inspiration, advice, support, and knowledge, and in 2013 Dwinell wrote the bestselling Music Marketing On Twitter book.

To view the entire chat transcript, visit this link. Below is a reformatted version of our discussion about the future of the music industry. To be notified about our upcoming chats, subscribe to our Facebook events!

What’s the biggest challenge musicians face when it comes to promoting their music?

Definitely cutting through the clutter! We all see around 3,500 ad messages PER DAY. We’re numb as consumers. Learning how to target appropriate consumers for your music and providing valuable content to them (aside from your music) fosters relationships. If they like YOU, the artist, they’ll buy your music, merch, tix, etc. I also think too many artists put $0 towards marketing. If you get a record deal, they’ll spend 10% on making and album and 90% marketing.

Finding the people who are into the music you do?
They’re out there! I always ask my clients, “If you signed yourself to your label, who would you put on tour with you?” What big artist’s following would LOVE you? Then find them on Twitter, Instagram, etc. and FOLLOW THEM FIRST. If you love them first they’ll be open to creating a relationship. Then at least you know they love your genre. It’s super easy to target even the most eclectic groups of people with social media.

Do you think artists should approach their career like an entrepreneur or business?

Absolutely! Record labels cannot afford to develop talent anymore. They are buying “small businesses” these days. The stronger you are as a small biz, the more influence you have in your deal. Earl Dibbles Jr. comes to mind. aka Granger Smith. He created a $1.8 million biz from his laptop by providing funny content that peeps shared. He now has a #1 on radio because they ALL wanted him. He was valuable.

What does collaborating with other musicians add to your promotional strategy?

Collaborations are huge creatively AND marketing wise, especially on YouTube, but also on Radio, TV, etc. Kid Rock became a star rapping “Walk This Way” with Steven Tyler on the Grammys. Once an artist has a bit of a following on YouTube, you can reach out to other artists in your lane (or not). Record your parts separately and combine it in a video software like iMovie. It works really well. BIG BIG YouTube stars grow their subscriptions like FIRE using this approach.

Do you think artists have more information about their audience today than they did, say five years ago?

Absolutely. We’re working with a company that gives us visibility in consumer purchases, gender, likes, dislikes, etc. Simply by finding them following certain artists we know what they like, don’t we? I marketed a song called “Haggard Fan” a few years ago. Who would like that song? MERLE HAGGARD FANS! So we found his account. We followed first. Some followed back. We thanked them and gave them a free download. Three months later, that Twitter account grew from 27 to 5,000 and we had 2,000 downloads of that song. THAT’s how surgical you can get on social media!

How should artists approach communicating with potential fans on social media? Why doesn’t hype work?

You need to develop relationships before asking for something. At least 5-10 “gives” before the “ask.” Once we start asking the right questions, the answers present themselves – then it’s just work ethic. Hype doesn’t work because authenticity is KING. You have to remember, your phone is personal, like your kitchen table. Hype works with a crowd, but every message on a phone is one-on-one. So think about a message from Axl Rose at a stadium show…GET UR CELL PHONES UP IN THE AIR! We’re all excited and we do it.

Ask questions, and social media starts to make sense. And not just “how is your day going?” I had a fan tweet the “Haggard Fan” artist. He tweeted, “Hanging in the garage cranking ‘Haggard Fan’!” I replied (as the artist), “TY, wait… what are you doing in the garage?” He said, “Drinking beer and minding the grill.” I replied, “The grill? Do you know what ur doing with that thing?” He answered with the most beautiful pic of a grill FULL of chicken and different veggies. I replied “WOW that’s amazing! What marinade do you use?” He mentioned what was literally my favorite, and I told him. After that, he offered to feed the ENTIRE band AND put them up when the artist toured his town. Said he would be HOSTILE if they stayed in a hotel. If I had a record to sell, he would’ve bought it. Four tweets was what it took. He was talking about HIM. That’s the key.

What does it mean to ask people to pay for discovery? What strategy should artists take instead?

Y’all discovered your favorite artists that made you want to become artists for FREE. Either on the radio or a friend turned you on. Maybe TV. Nobody will pay to discover if you suck. Give them your first tunes for free in exchange for their contact info. This is what we do with ALL our artists at Daredevil Production. We also concentrate on content that will be valuable to THEM, aside from the music. Could be cooking, music lessons, comedic videos, cover songs, teen survival tips (did that w/ @BaileyJamesGang).

What kinds of questions should artists ask themselves to better understand their audience and fans?

First ask, “Who is your audience?” “The peeps who come to our shows” is not good enough. What big artist’s following would LOVE your music? You can sort of “open” for an artist via social media by reaching out. If Metallica’s fans would LOVE your music, start following them. Begin conversations. Talk about your favorite Metallica songs, records, best show ever, etc. GET TO KNOW THEM. FYI there is a certain time when the fans take over and you can’t engage everyone. Until that happens, ENGAGE EVERYONE.

The important thing is collecting contact data. Know who they are. Some will opt out. So what? Most won’t if your content is good. There are some incredible technologies to help w/ contact data collection. Squeeze pages, iDitty cards, Text Capture (Call Loop). Today’s new artists will only get a deal when they prove they have an audience! So we all have to get to work!

What are some creative ways you’ve seen your clients engage fans on social media?

Asking questions is the best way to get them to engage. Contests have worked, especially when Facebook had “edgerank.” With Bailey we had a contest where we put two songs (work tapes) up for the fans to choose the last song to be recorded on her EP. We knew which we wanted but they got involved on social media and got engaged! We revealed the winning song LIVE in the studio the day we cut it. Actually, both songs won because they loved them both, turning the five-song EP into a six-song EP. Merch giveaways are cool too.

Also, be careful automating. You don’t want to be automatically asking for money when a national tragedy unfolds. Also, no auto DMs! I’ve done it and it was OK a few years ago (aggressive, but OK), but now we don’t. I’ve stopped our staff from doing that.

What resources do you recommend for further tips and information?

I recommend a book called Permission Marketing by Seth Godin. Killer book. This is the future of all marketing because ad messages just don’t work as well. I’m available for consulting. Also my blog and podcast The CLIMB.

What or how is a way to sell music to known artists?
If you mean for known artists to cut your songs… relationships. You need to create relationships through different online songwriting communities like NSAI, SongwritingProGroup.

Artists that treat their career like an entrepreneur are more likely to be successful, but some luck into success?
I know it seems that way but the reality is a successful career is the result of hard work. People slam Taylor Swift for the money her dad put into the label. But there’s no lack of money. If all it took was money, every rich person would be a rock star. You have to be the right person in the right time. She works her butt off!